5 Most Dreaded Sniper Riffles on the Planet

By IncredibleFacts (self meida writer) | 23 days 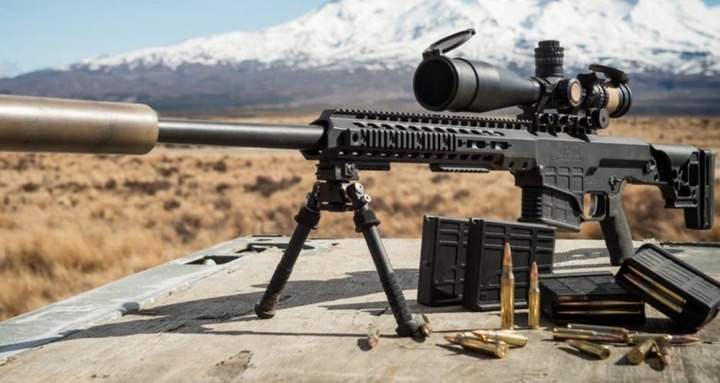 Sniper rifles allow specialist soldiers to hit intended targets from long distances to take down enemies, destroy sensitive equipment and carry out controlled detonations of explosives. These rifles are the most recognizable weapons in an army’s arsenal and popularized through historical events, film, and other media. Military sniper rifles offer higher precision, lethality, and reliability in all situations. Today’s sniper rifles are manual bolt action or semi-automatic, using the open aperture or telescopic sight for extreme accuracy. These are the fearsome sniper rifles in the world. 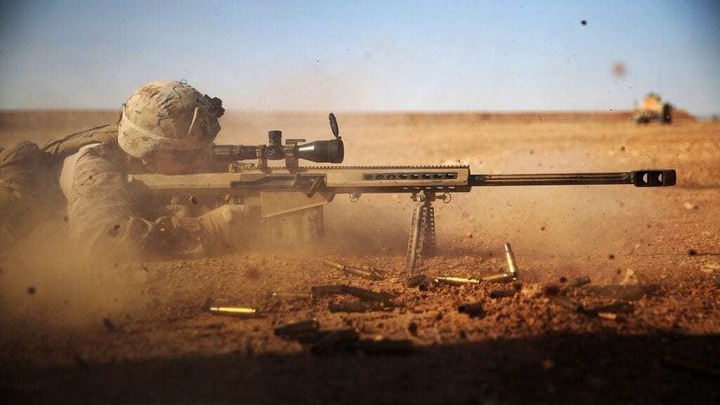 The Barrett M 82, known by its US Army designation M107, is one of the best sniper rifles on the market, primarily intended to destroy military equipment. This weapon penetrates bricks or concrete walls and even tank armor at close distances. Barrett Firearms fabricated this armament in 1982 to destroy sensitive enemy equipment such as radar equipment, trucks, parked aircraft, and remote destruction of explosives. The 120 cm to 140 cm long rifle can fire either the point 5BMG center-fire or 416 Barrett cartridges. It is the heaviest sniper on this list at 14Kg, with a muzzle velocity of 853m/s and a firing range of 1800m. The M82 is used in over 50 Armed Forces and has seen action in Iraq and Afghanistan. Two variants of the M82 exist, the original MA21-8 and the bullpup M82A2. However, the latter is no longer produced; the Barrett XM500, a new gas-operated rotating bolt sniper rifle currently in development replaced it. 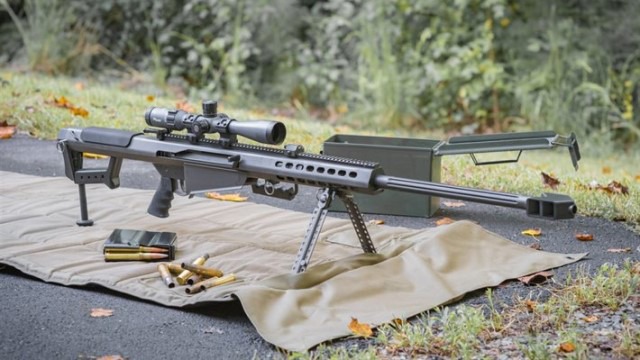 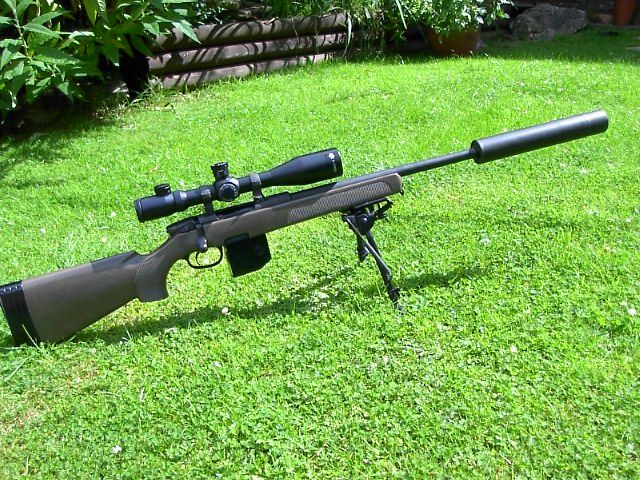 The Austrian build Steyr SSG 69 is one of the best sniper rifles for accuracy and precision. It was used in many conflicts in the Middle East and Asia and is currently the standard sniper rifle for the Austrian army. The SSG 69 has impressive accuracy and is effective at a range of 800m. At a weight of 3.8-4kg, depending on the variant, it is significantly lighter than the Barrett M82. It uses either the 7.62x51mm Winchester or point22-250 Remington cartridges, both loaded at different pressures. Steyr ended production of the SSG 69 in 2015, and the SSG 08 will succeed it. The new SSG 08’s barrels are cold hammered, forming a rigid and smoother internal bore for less friction and corrosion. 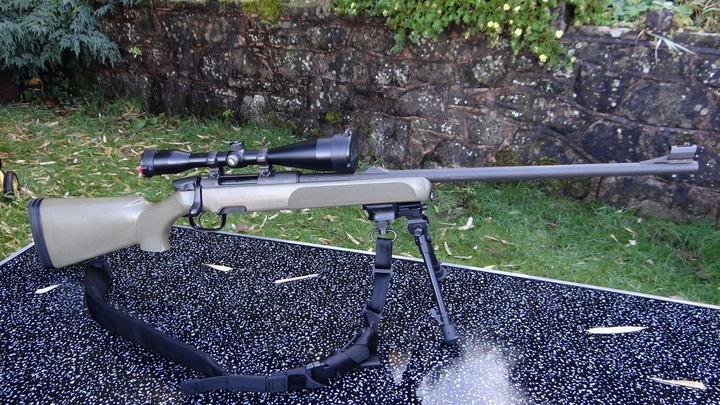 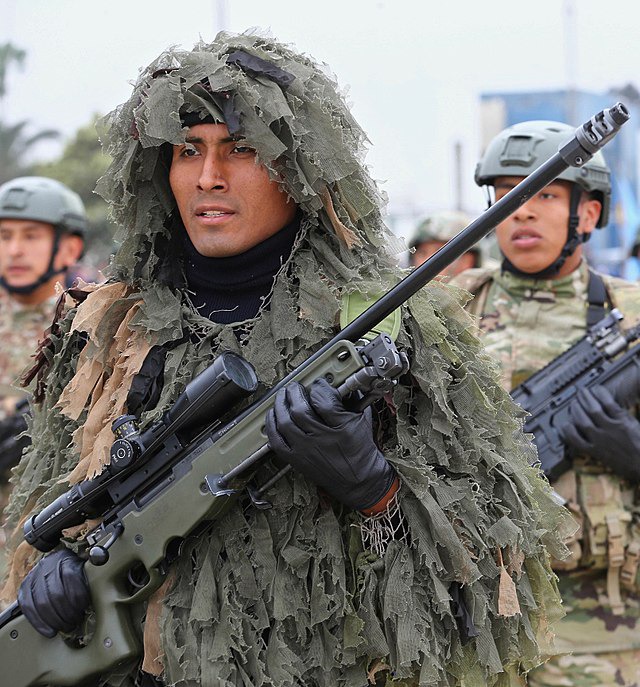 The Arctic Warfare Magnum (AWM) is a high-precision sniper rifle designed for operability in arctic temperatures. UK firm; Accuracy International built many variants of the Arctic Warfare sniper rifle, including the AWM and AW50. The AWM’s unique feature is its magnum cartridges, which are larger and powerful than traditional rounds. It uses point300 Winchester and point338 Lapua bullets held in a five-round detachable box magazine. The rifle incorporates a detachable aperture type iron sight and day and night thermal optics for low light conditions. 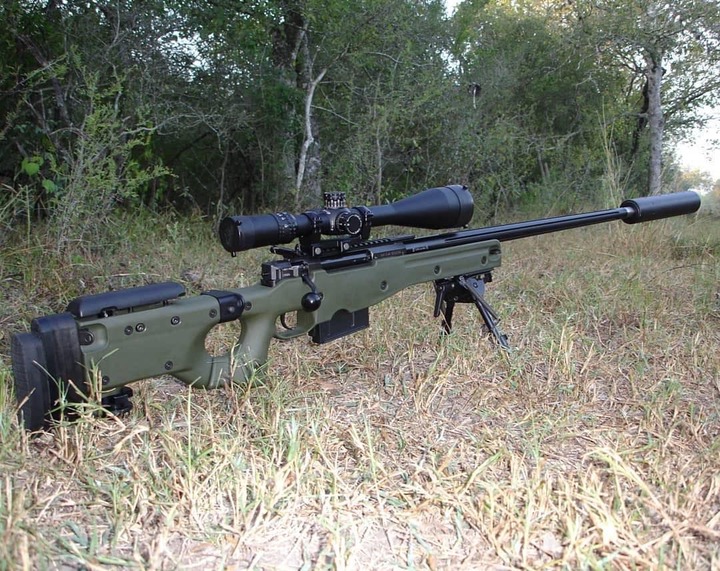 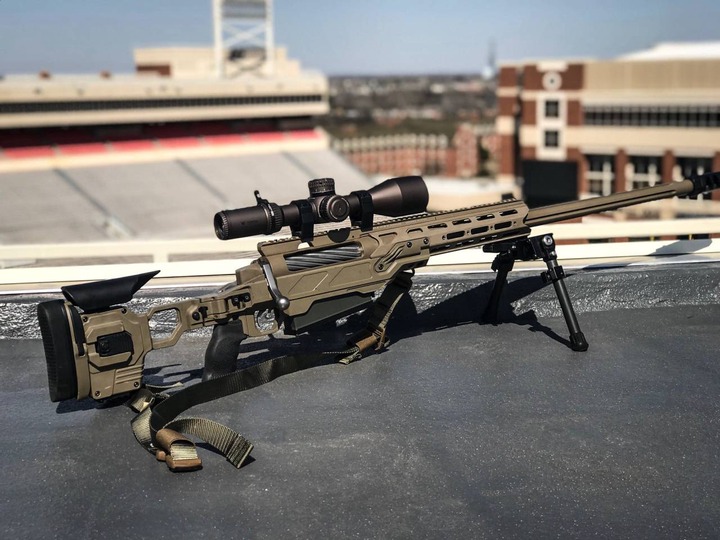 McMillan TAC-50, US military designation Mk-15, is a long-range, anti-material, and anti-personnel sniper rifle. The Navy SEALs rely on this weapon, and it has been the standard sniper rifle for Canadian troops since 2000. The TAC-50 has a heavy 73.7 cm match-grade fluted barrel, allowing quick heat dissipation and an effective muzzle brake to minimize recoil. Despite the heavy barrel, the stock is made from fiberglass and weighs 11.8kg. This rifle has no permanent open sight; it supports a range of telescopic and night sight scopes. 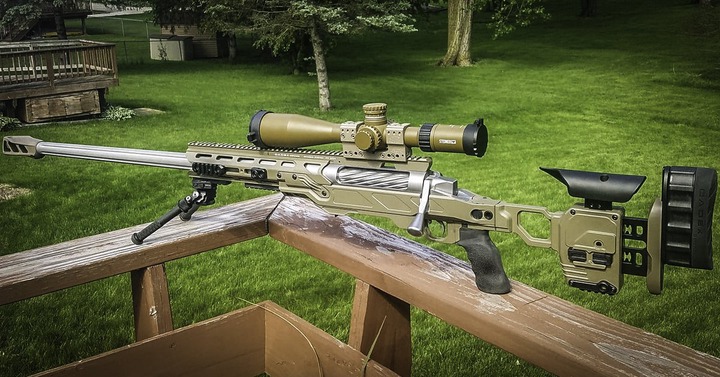 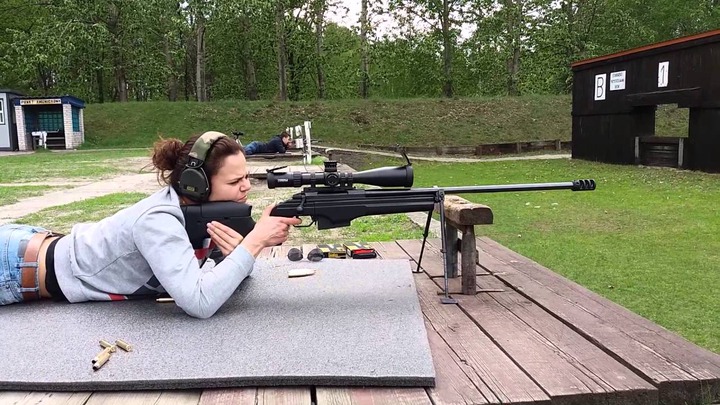 Finland will always occupy a place in sniper rifle history because of WWII sniper Simo Hayha, who successfully took down 505 enemy soldiers over the winter of 1939-40. Simo used the Mosin-Nagant sniper rifle and the Suomi submachine gun to set this legendary record. The Finnish-built Sako TRG 42 is a bolt action sniper rifle weighing 5-6 kg, depending on the variant. Like the Steyr SSG 08 design, it features a cold hammered barrel and receiver for absolute effectiveness. It fires either point338 Lapua magnum or point300 Winchester cartridges. These bullets stay in a five-round or seven-round detachable magazine, respectively. The Lapua variant is slightly longer-ranged, being effective at 1500 m. Seko released the TRG 42A1 in 2018, which has a folding stock, making it robust and stable during firing. 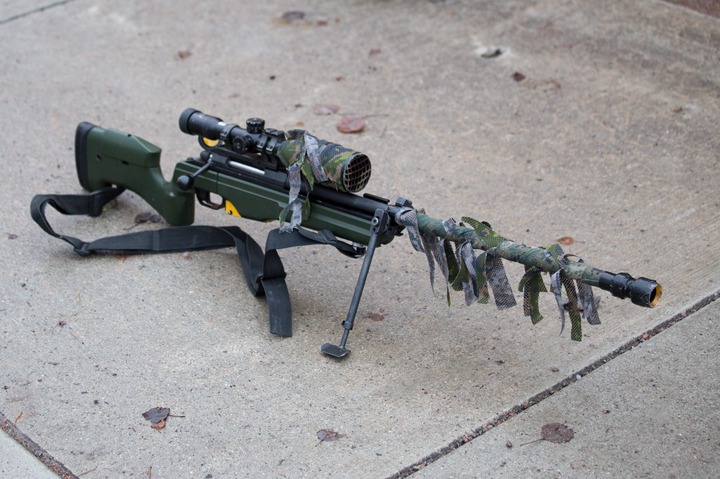 These Food Stuffs Will Fill Your Tummy Within Minutes