By KrimeExpert (self meida writer) | 3 days

A Kenyan Defense force has been forced to explain the circumstances under which he allegedly shot a man several times after he allegedly tried to snatch his gun.

According to the reports given by the soldier, Hussein Muse Mure said that the deceased who who has since been buried allegedly charged towards him despite his attempts to stop the deceased.

"I was guarding our KDF base in Garrisa before abdulahi Kassim Yusuf came towards our millitary Camp. I tried to stop him in order for him to identify his name along with what he was coming to do within the camp but he didn't listen he kept on coming towards", KDF Soldier said.

Reports given by Musa Mire revealed that he allegedly tried to stop the deceased by firing a warning shot in air. However, the deceased who was allegedly focused on Snatching his gun kept on coming towards him forcing him to shoot or rather open fire.

"I fired one shot on air in attempts to stop him from moving but he didn't listen and that's when I shot him after he got close to me and even tried to Snatch my gun. I shot him twice as he was coming and immediately he turned back I shot him again after he tried to flee", he added.

Hussein Musa Mure said this after he was presented before a judge who wanted to know the circumstances under which the deceased died in due to the fact that his family claimed that he Shot was Murdered in cold blood.

However, according to the reports given by investigative officers, they revealed that they are yet to know what happened or rather the motive behind the man's move before he was shot by the soldier. 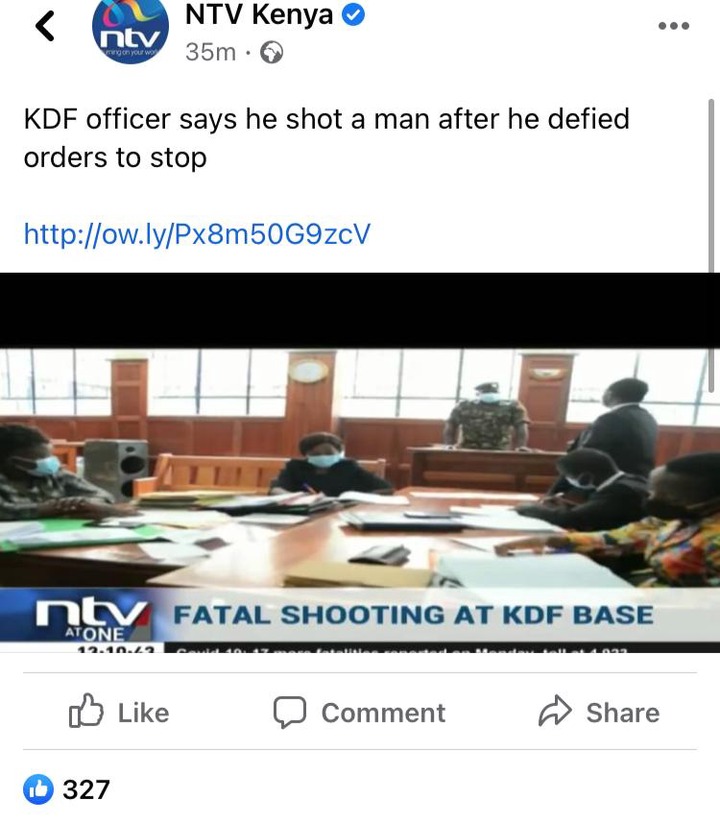