By Tempire (self meida writer) | 5 days 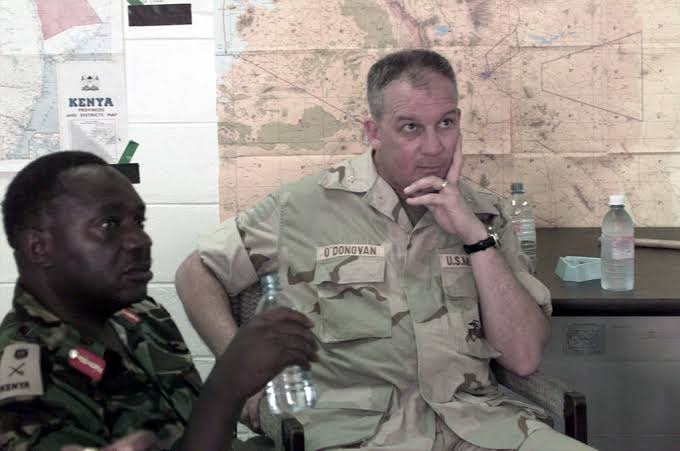 According to blogger Makori, Munyao used to serve as the KDF vice chief in 1996 before he was replaced by General Opande.

"BREAKING: KDF' First Vice Chief of General Staff [Vice Chief of Defense Forces] Lt. Gen Jackson Munyao has died. General Munyao served in this post in 1996 after being created by Gen. Tonje. He was replaced a year later by Lt. Gen Opande, who stays in Eldoret." Abuga Makori revealed. 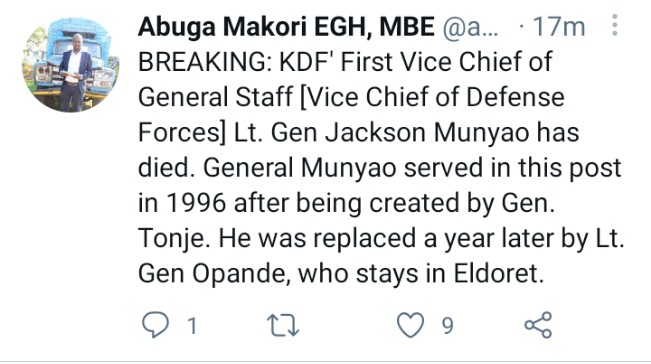 Despite having served for a short the, Jackson Munyao shall forever be remembered .

Munyao has taken from General Mohamud Mohammed who was elected 1986 to take that seat by president Moi.

For now the burial ceremony and other plans have not been organized . This is among the great leaders that the country has lost in the recent days.

Kenya Morans Schedule For FIBA Afrobasket Released:See The Days And Time They Will Be In Action

5 Players Who Became Famous in 90 Minutes and Disappeared