A Kenya Defence Forces Officer is mourning the death of her 3-year-old son who died in a house fire. The fire which was reported at the Isiolo's 78 Tank Battalion barracks happened when the child was asleep but efforts to rescue him bore no fruits. 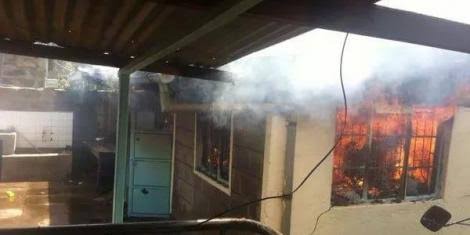 The fire which started in the soldier's house spread to the next house burning it down. Reports revealed that the son was under the care of the house help after the mother travelled to Mombasa for a vacation. She had just began her leave and the son was left behind with the house girl.

Confirming the incident, The Isiolo County Commissioner Geoffrey Omondi said that the house girl was rescued by KDF soldiers while in a critical condition. She was rushed to Isiolo County Referral Hospital where she was admitted. Other police officers who arrived at the scene worked together with the soldiers to put out the fire.

Preliminary investigations showed that the fire was caused by a burning jiko which led to the child's death. 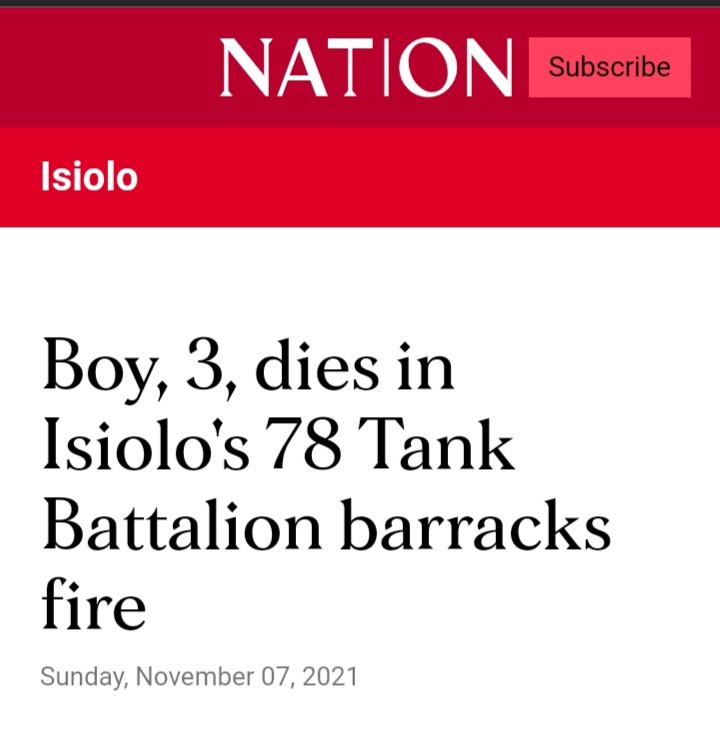