7 Killed, 9 Others Left With Injuries In Suicidal Bomb In Mogadishu Around President's Residence

By @simiyu (self media writer) | 3 months ago

A suicidal car bomb is reported to have killed at least seven people with nine others left with injuries after a bomb erupted around the President's resident in the capital city of Somali, Mogadishu. 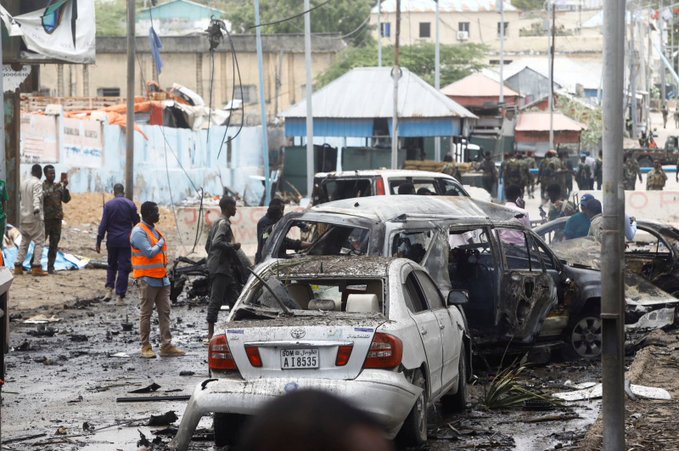 As reported by an official, "a suicide car bomb which exploded at Ceelgaab junction killed seven people and injured eight others," Muawiye Mudeey, district commissioner of Mogadishu's Hamarjajab district stated.

According to report by the Reuters who are reported be the eye witness of the scene, stated that they saw seven cars and three rickshaws destroyed by the blast, as the rest of the junction was reported to be full of blood.

Though claims are still out that Al-Qaida and theAl Shabaab group could be responsible for the attack. 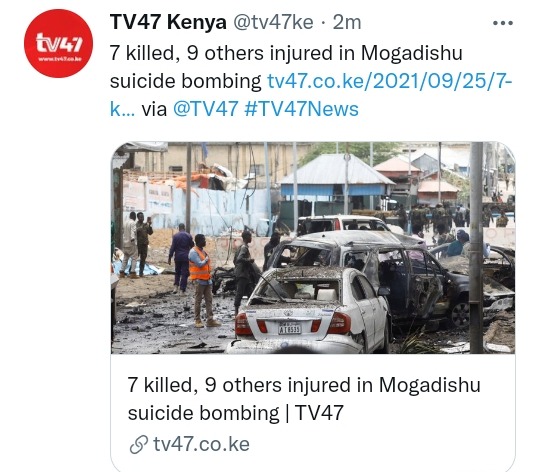