Details of there being prior warnings of possible attacks in Uganda have emerged. 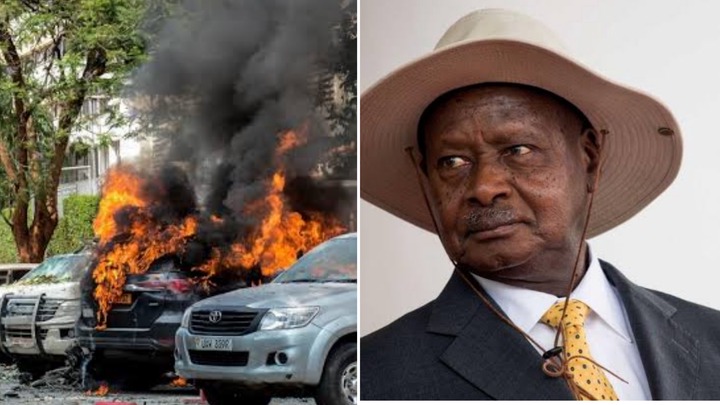 It is reported that President Museveni's government was warned a month ago that there could be terror attacks in Uganda. According to the report by Daily Mirror, the UK government called on their nationals in Uganda to be extra careful as there were imminent suspected attacks.

"The attacks could be indiscriminate including places visited by foreigners," read the report.

Two explosions were today reported in Uganda's capital, Kampala. Reports indicate that one explosion occurred in a shopping mall near Central Police Station and another near Parliament. "Office buildings were shaken when the explosions began," some witnesses said. 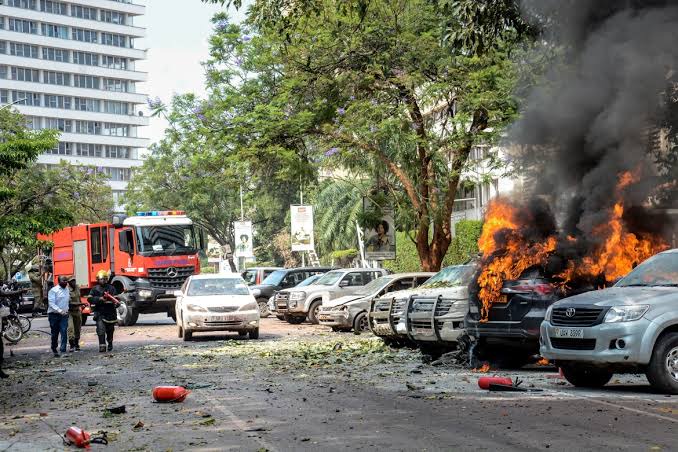 The source of the explosions which left three dead and more than 30 injured has not yet been confirmed.

Last month, two separate explosions in the country killed two people. One killed a waiter in a bar and another, a suicide bomber who had planted explosives on a bus.

Authorities in the country have condemned the attacks against Uganda's DR Congo-based Islamist rebel group, the Allied Democratic Forces. 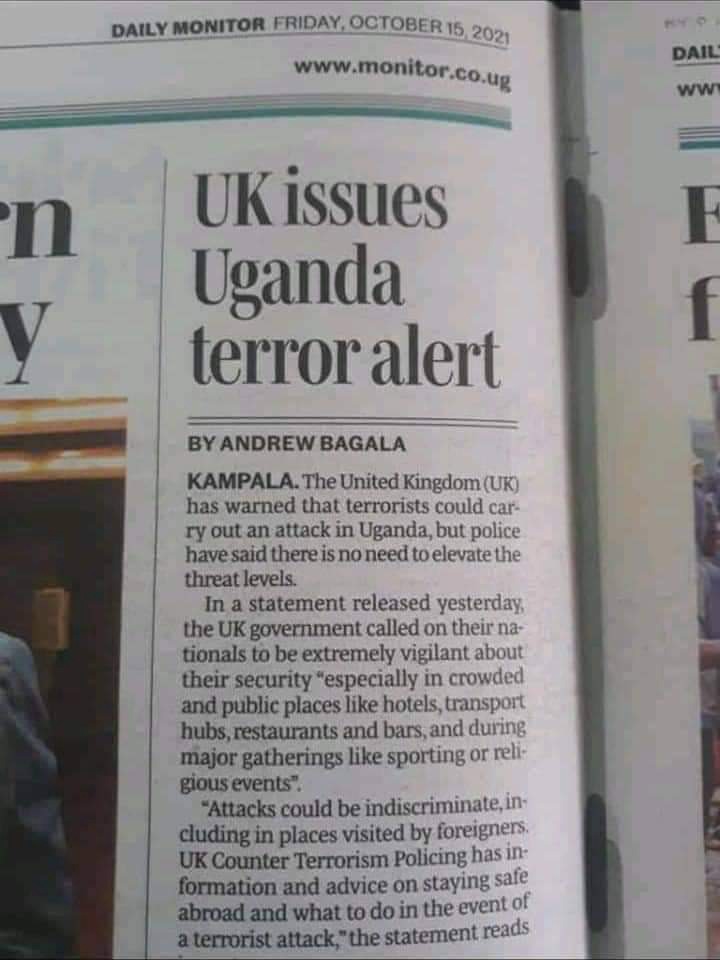