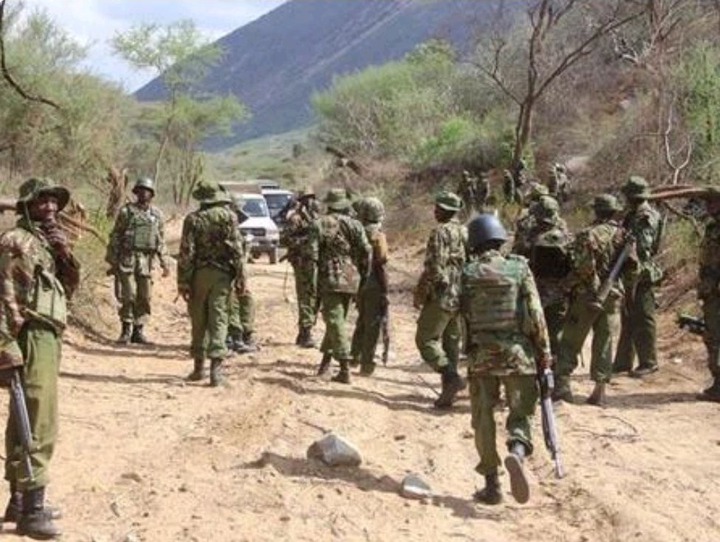 The Kenya Defence Forces stationed in the Democratic Republic of the Congo are now more at ease as a result of the M23 rebels' decision to finally give up their guns and begin talks. According to information shared on Twitter by Robert Cyubahio, the rebels have decided to uphold the conditions of the April deal reached in Luanda.

However, the rebels first set some conditions for the Congolese government, which they insisted had to be satisfied, before they would halt firing. They set a number of conditions, one of which was that neither military forces nor their citizens should ever attack their locations or act in a belligerent manner. They added that they desired a meeting with the mediator of the Luanda agreement in order to obtain more information.

"NEWS FLASH: M23 has consented to the cease-fire as advised by the Luanda process, but it reaffirmed to the DRC government that it will defend itself if the truce is broken and its positions are assaulted. M23 also asked for a meeting with the mediator." Cyubahiro McKenna reports. 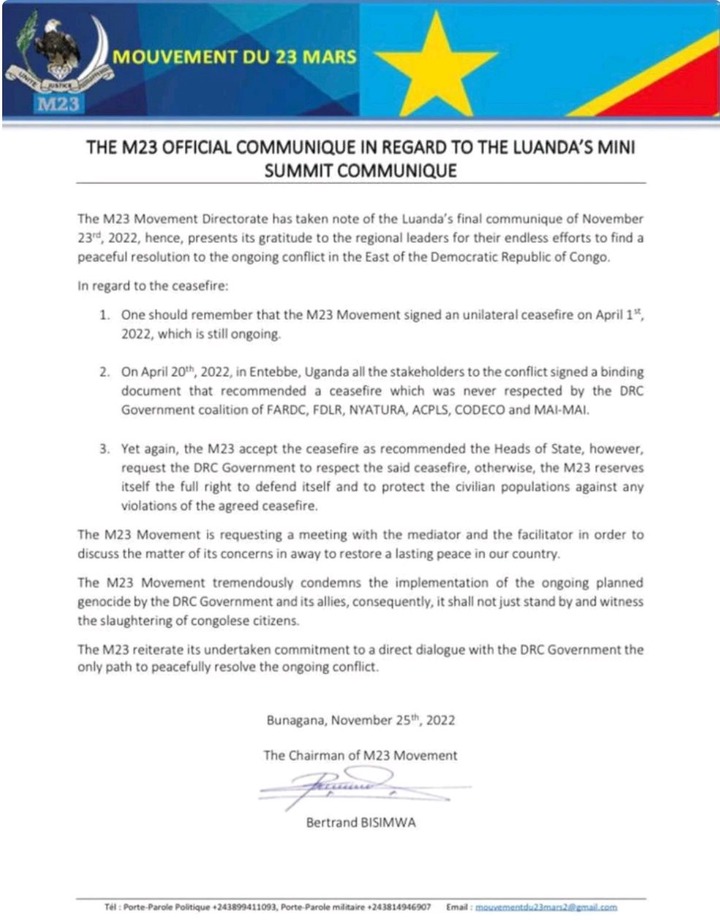 The KDF soldiers and other local military groups in Congo were about to assault the M23 rebels as they were swiftly nearing the city of Goma, but now they can relax. The residents of the Congo hope that the accord would help to bring about peace in their tumultuous country.