By brwnskingirl (self media writer) | 2 months ago 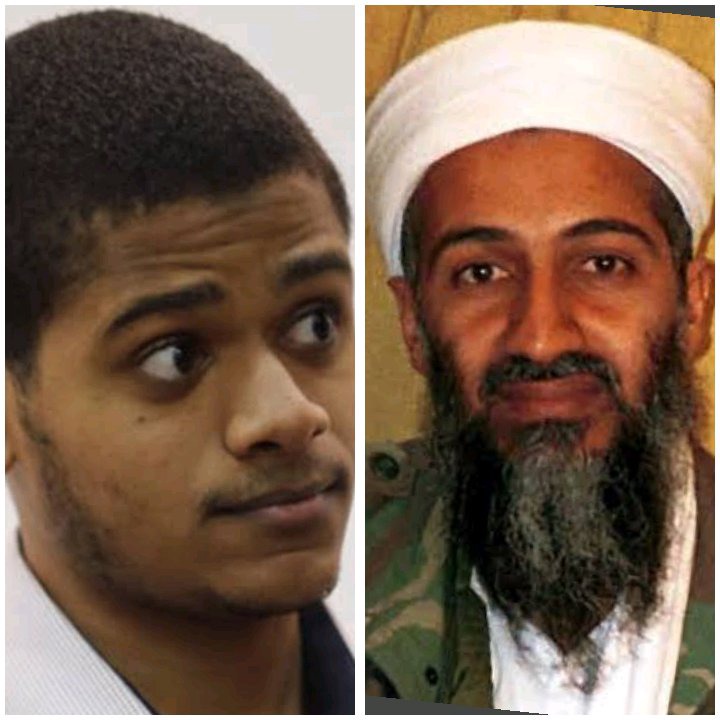 Salim Muhammad Rashid is a Kenyan born young man who has surprised many people with the kind of work he decided to venture into. He was born and raised in Mombasa.

He has always been a bright student ever since he was enrolled in nursery school. In 2014 he scored an A plain and was accepted ai JKUAT but he refused to go. 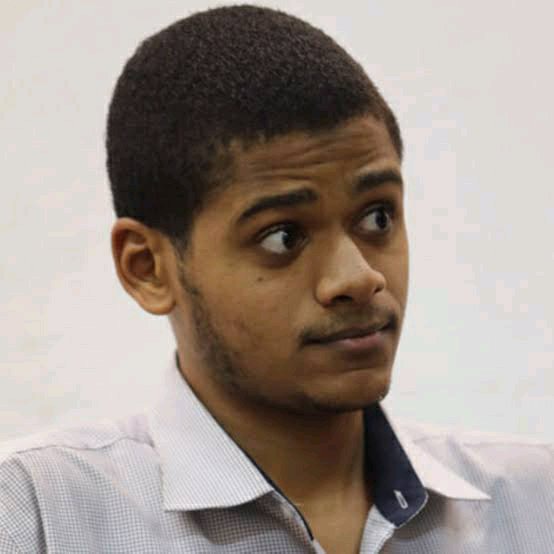 His father then enrolled him at TUM but it didn't take long before be dropped out. His behaviour shocked many people because he was always humble and obedient.

His father was not ready to let his brains go to waste so he too him to a university in Turkey where he was to study computer engineering. Two years into the program, he was arrested together with other youths heading to Syria to become their fighters. 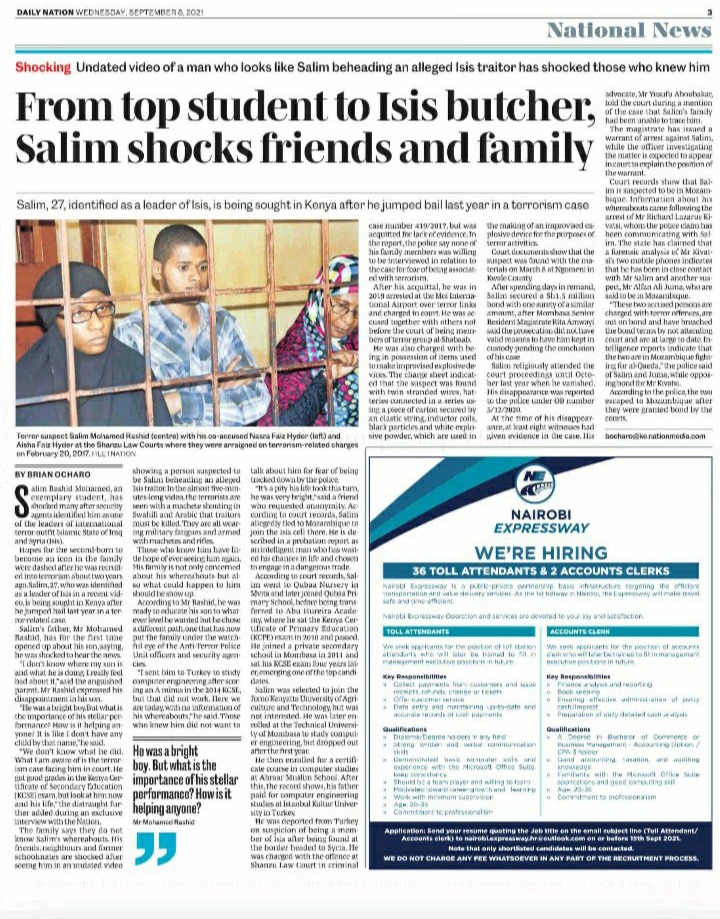 He was then deported and brought to a Kenyan jail. However, he was released because of lack of evidence. While here in Kenya he was again arrested and this time he had materials to make explosives.

He was released on bond and asked to always show up in court but that never happened. He went missing and even his family didn't know where he went. 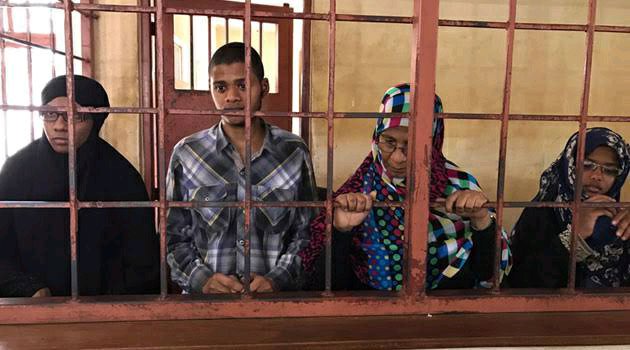 It was up until a couple of days ago when his video beheading an anti ISIS lad emerged that his family saw him. They were very surprised of what had become of him.

The 27 year old is said to be among the Al Qaeda group terrorising people in Mozambique and its said that he is their leader. His family still wonder what really happened to their kin? 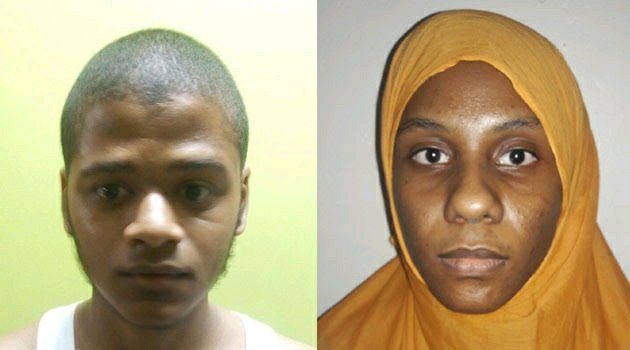