After colourful mashujaa day celebration in Kirinyaga County coming to an end today many kenyans have expressed their reactions about the event. 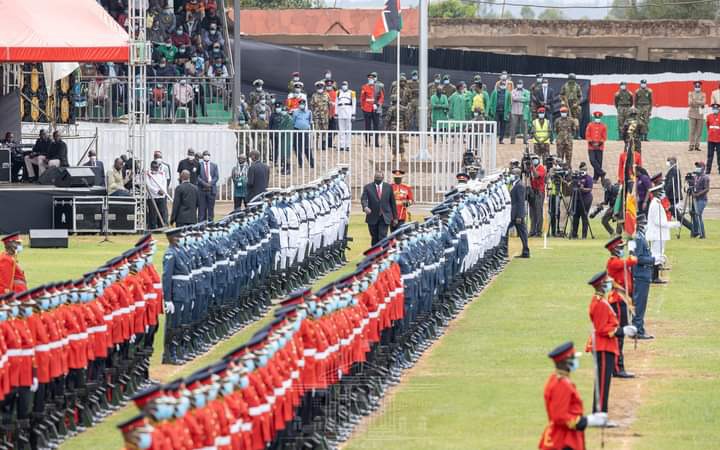 The usual national celebration which is characterised by military parade and entertainment drills moves many kenyans. 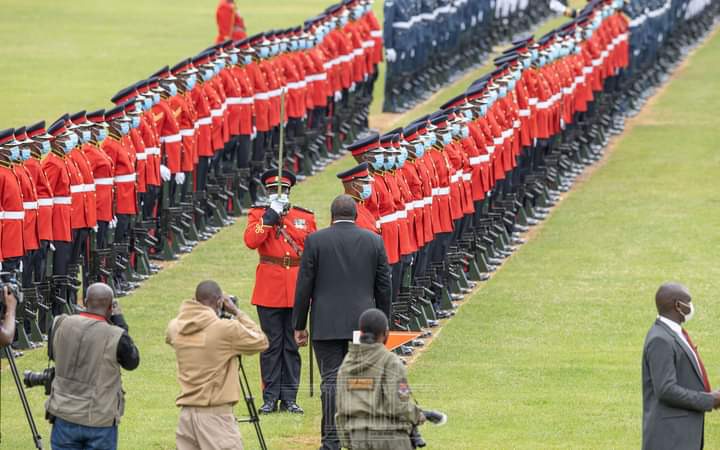 However in every national celebration involving military the celebrated military MC Gibson Mwandawiro attracts more kenyans to remain glued on their TVs with his prowess in MC work.

However curious kenyans have expressed their mixed reactions over absence of Warrant Officer 2 Gibson Mwandawiro asking of his whereabouts. 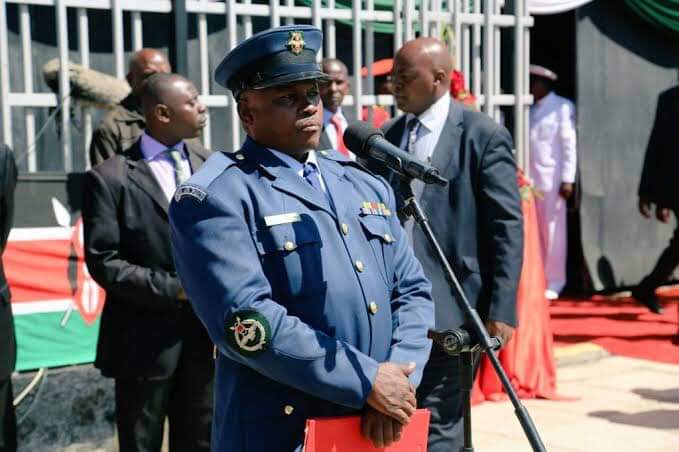 The well decorated MC who has been mentoring other junior officers has been cracking kenyans ribs whenever he takes the stage officiating the national event.

The officer missed the same event at Kisumu raising an eyebrows among kenyans .

In today's event it was conducted by his junior Cpl Misango Mbae who has been under Gibson Mwandawiro mentorship. 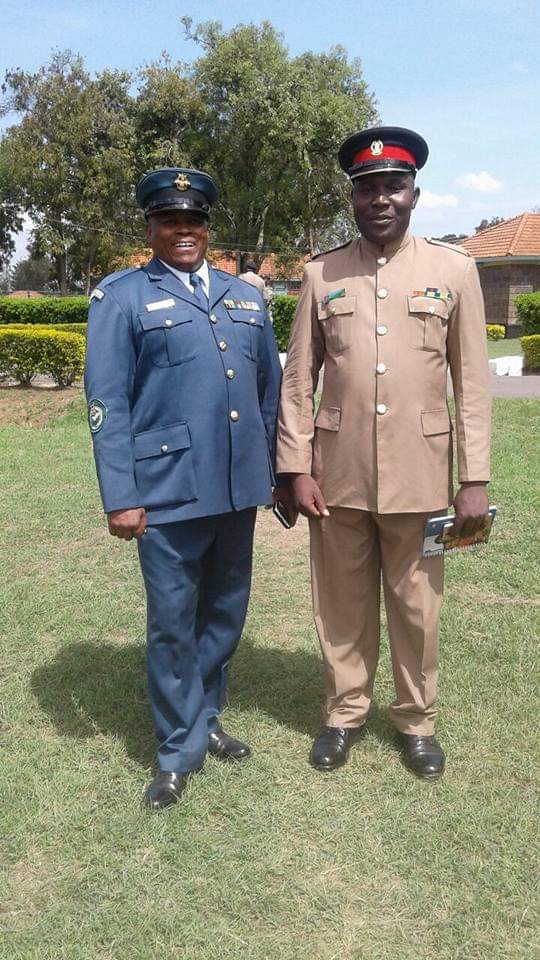 Initially angry kenyans had appealed to the government to award the brilliant Gibson Mwandawiro as a way of appreciation due to his commitment in his work that he execute perfectly. 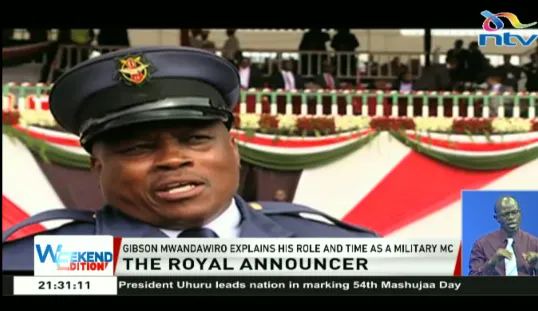 Known through his phrase "mheshimiwa rais wanaopita mbele yako kwa sasa ni wanajeshi wetu" Mwandawiro been an admiration to many. 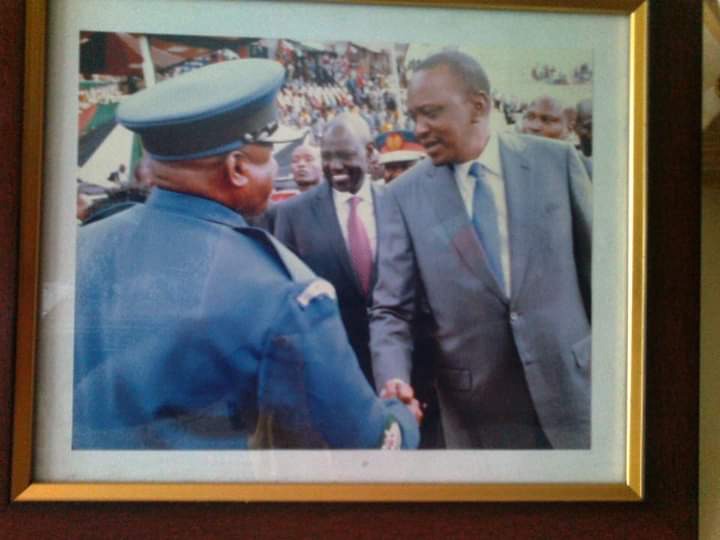 However it's not yet known why the officer was missing in actions.

Away from his military duties Mwandawiro is a basket ball player and referee who has been participating in various championships and he has travelled to various Eastern Africa games. 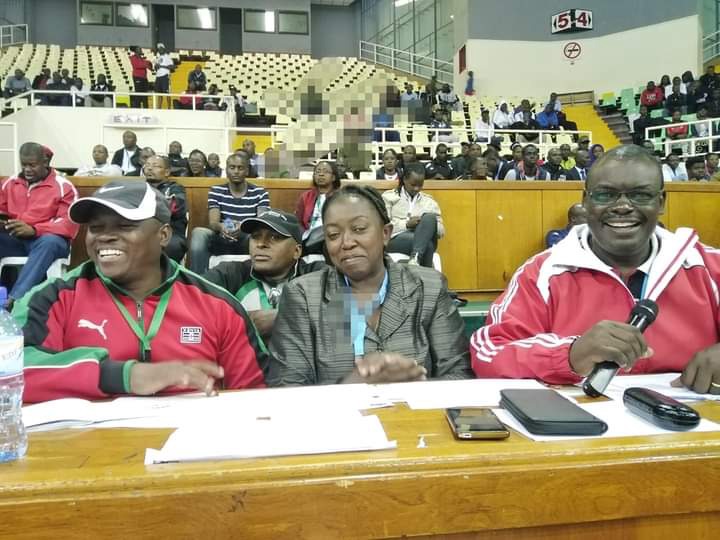