Yesterday late in the night Citizen TV news anchor Jeff Koinange hosted General Robert Kibochi who is the Chief of Defence Forces of the Kenya Defence Forces (KDF).General Kibochi is also the head of Military Personnel responsible for conveying information and communications, Assistant Chief of Defence Forces in Charge of Operations, Doctrines, Plans and Training.He has served in the Army since 1979 a total of 42 good years. 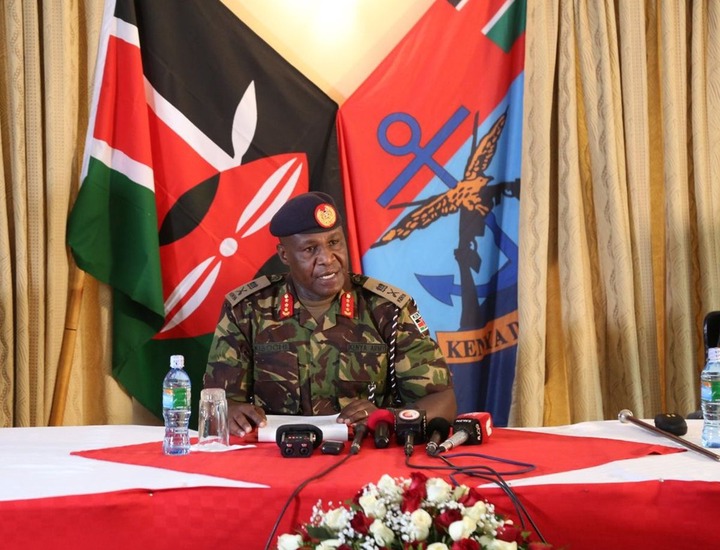 During the Interview with Jeff, General Kibochi explained and revealed various things in the Kenyan Army which many of the Citizens didn't know.First he started with the big War between the Kenya Defence Forces and the Al Shabaab which started in 2011.Kibochi said that the Kenyan Soldiers are very determined, brave and strong enough to protect our country in any way.He Revealed that the KDF have been manufacturing and making their own Water since 2011. 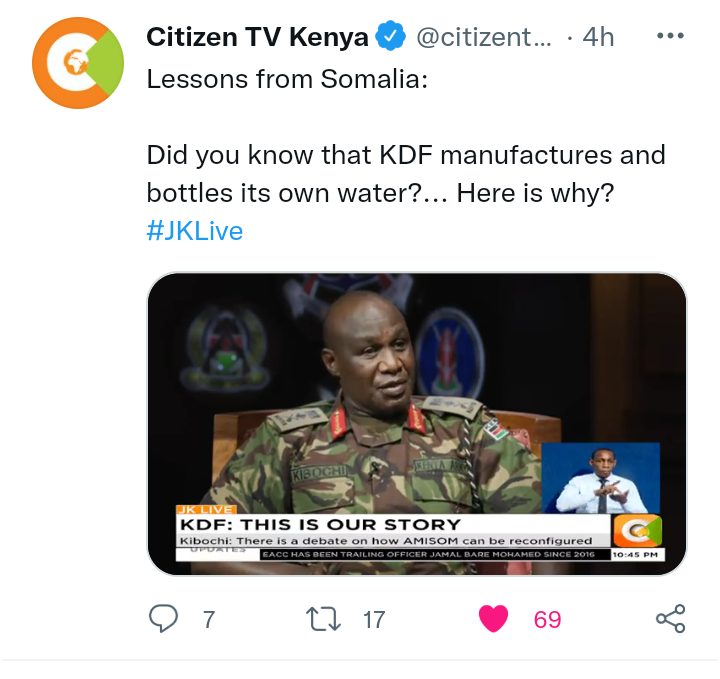 He said that the main reason was the Lesson they learned in Somalia in 2011 during the war with Al Shabaab.Kibicho explained that during that time they really faced a hard time as they were drinking water from the Wells.He said one time the Al Shabaab militants poisoned water in all the wells making them to starve in the hard and drought land.Kibochi confirmed that since that time they learnt a big lesson and decided to be manufacturing their own Water for safety reasons. 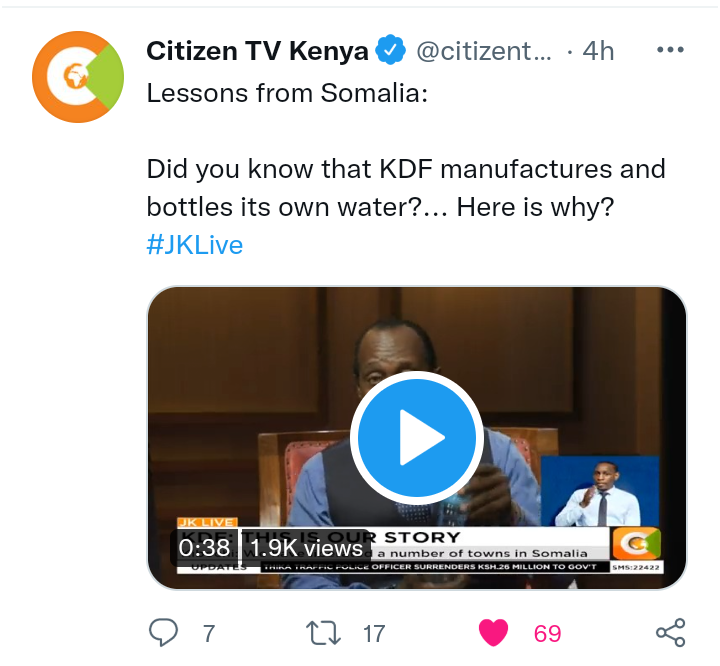 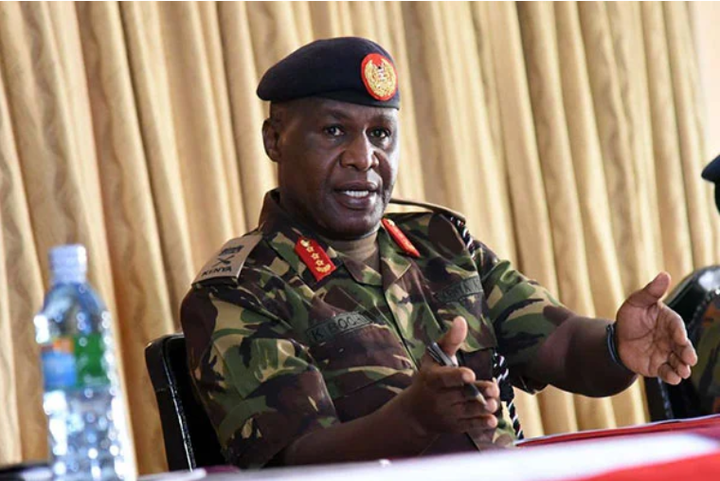 Ryan Mwenda Aka Simba of Zora Celebrates His 14th Birthday

Why roses are considered to be very sensitive when it comes to feelings.

7 Signs That You Are A Lazy Person

The Best Time You Should Drink Water.

10 Proves that You are A genius.