By JonazKE (self meida writer) | 12 days

The commander of South Sudans National Movement for Change/Army (SSNMC/A) was killed in Kampala Uganda after being beaten and stabbed by a knife.

The SSNMC/A stated that General Abraham Wana Yoane was attacked in his house at night in Kampala where the incident happened.

The SSNMC/A Secretary General Lasu stated that the men were sent sent from Juba and they wanted to take him with them to Juba but he tried resisting and that's how things turned ugly. Lasu added that they had gotten intelligence long ago that the government was in persuit of General Abraham Wanna and other people.

The general was then taken to the International Hospital Kampala where a head surgery was done on him but he died.

General Abraham was a very much key figure during the country's second liberation struggle and he was in the team that fought for independence of South Sudan. 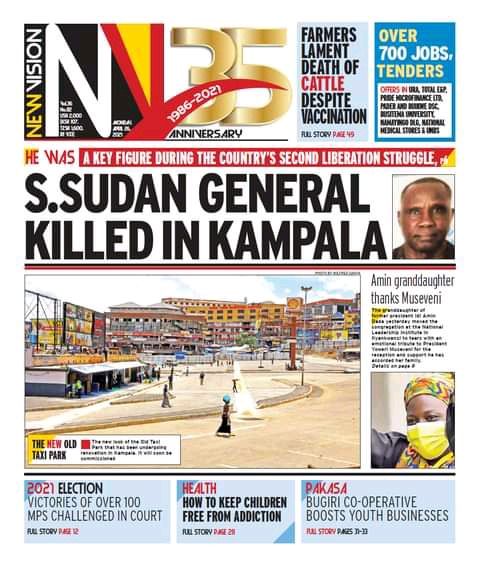