Residents in most households to the Northern Kenya have been living on toes following the rampant cases of cattle rustling by unknown bandits for quite some months now.

Following the pressure instilled to the residents by the rustlers, the government of Kenya through the security sector reacted to the matter with immediate effect and deployed a special flying squad to deal with the suspected criminals and administer protection to the residents as well as their properties. 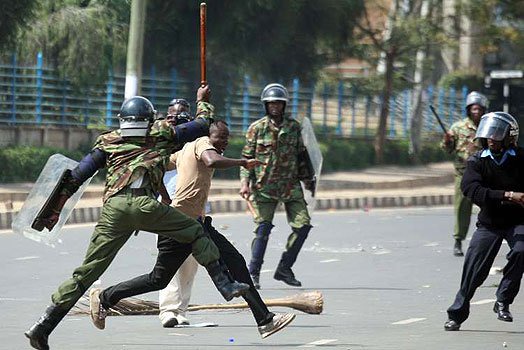 Reports have now emerged that one of the gangsters who is suspected to be among the notorious rustlers has been killed today after a fierce gun battle. Several weapons were recovered from the bandit during the fierce operation including an M16 rifle and 25 rounds of ammunition. 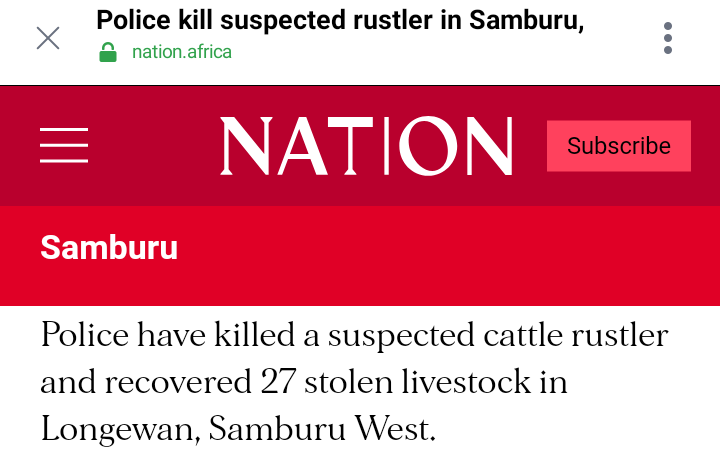 The criminal who was nubbed and put to death has been reported to be one of the criminals that raided the region (Samburu) and stole twenty seven heads of cattle.

However, the animals were all recovered and returned to their owners in Longewan, Samburu West as per the statement issued by Samburu County Police Commander, Samson Ogelo today (13th October, 2021). 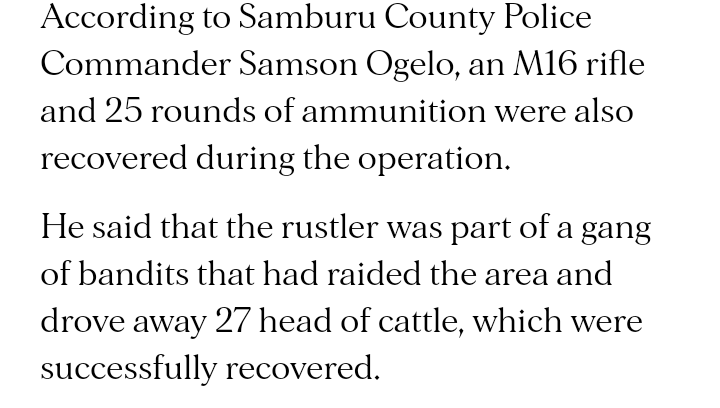