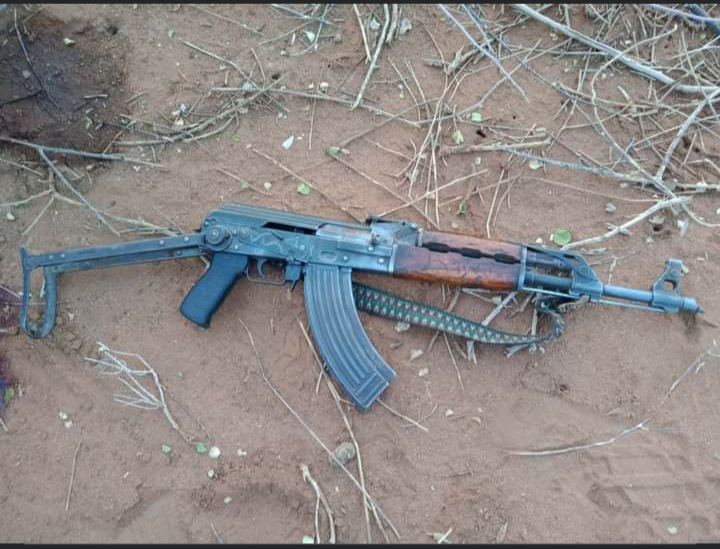 With the ongoing curfew implemented on the Northern region of the country, in order to control insecurity and recover illegal weapons, a Multi-Agency security team was assigned to restore law and order in the area.

Panic has surpassed Turkana South sub-county particularly at the Kaberbok-Jilut area where by armed assailants allegedly staged an attack on the security team.

According to a report from the National police service via their Facebook page, two armed men who were on a motorcycle staged an attack on the multi-agency security team which was on its normal routine of maintaining law and order. The two opened fire that lead the officers to fire back. Despite the officers ordering them to down their weapons, the assailants defied the order and were shot at fatally injuring one of the attackers.

However, one of the assailants escaped leaving the motorbike and his colleague who died from the injuries. The authorities have since recovered an Ak-47 rifle alongside 8 rounds of ammunition.

Nonetheless, the police have assured the residents that security is still tight as the police are still vigilant in dealing with the armed criminals. The police attached to the area have since initiated a manhunt for the other attacker. 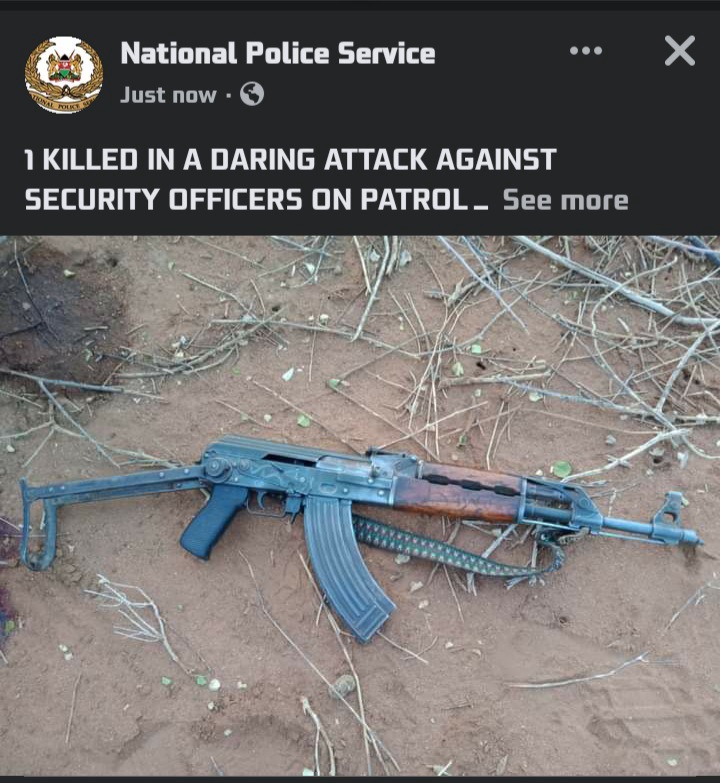 Final Presidential Results From 5 Constituencies As Announced By IEBC.

JUST IN: Veteran Political Bigwigs Who Were Shown Dust in August Polls (List)

Number of Votes That Johnson Sakaja has Secured in Nairobi Gubernatorial Race.