Several feared dead, others injured in a bomb blast

By #The-people-daily-news.com (self media writer) | 7 months ago

Asan Kasingye, who is a police chief political commissar, speaking to the press says, ''There was a bomb blast. Two persons; a young lady and a gentleman fatally-wounded and others admitted with serious-injuries,''

According to the Daily Monitor, security forces reportedly rushed to the scene October-23 following the blast that went-off at around 9pm but media coverage was restricted as armed forces cordoned-off the place.

Police reportedly claim investigations were already underway to establish the cause.

''Our joint-task teams from the bomb-squad were called to thoroughly document the scene to help determine whether the explosion arose out of an intentional act or not,'' police statement read in part.

Police, in the statement urged the public to remain-calm as they establish the true circumstances surrounding the incident.''

On 14th, October '21 the United-Kingdom (UK) reportedly warned of an imminent-terror attack in Uganda. 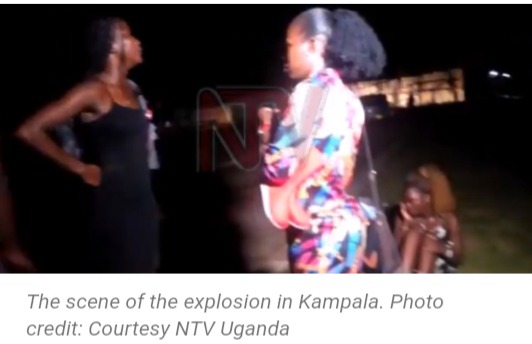