Grief and fear has engulfed residents of Mombasa in the the county of Lamu after a deadly incident which reportedly happened today in the evening. 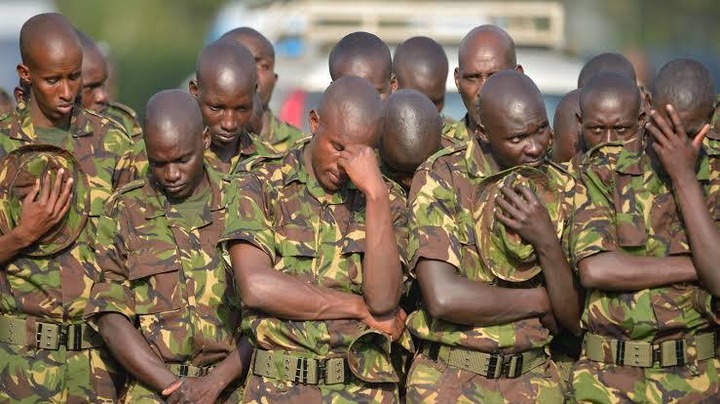 According to the reports given by the Nation media group, it has been revealed that an unknown number of Kenyan defense forces soldiers have died after the vehicle they were traveling in stepped on a bomb that had been put in the middle of the road.

This was followed by a dramatic scene after they immediately sprung into action thinking that they were under attack only to find out that they had indeed stepped on an IED bomb set by a group of unknown suspects.

Sadly, an unknown number of their colleagues are said to have died on the spot as details about the actual number of the deceased soldiers is yet to be revealed by the Kenyan defense forces social media accounts.

Luckily, reports have it that a number of soldiers have also been rushed to the hospital where they are currently receiving medical treatment as investigations are set to begin.

This is happening at the same time when the government of Kenya has also deployed an unknown number of KDFs in DRC Congo in order for them to go and neutralize the ongoing terror attack in the region after their president met with the president of the republic of Kenya, Honorable Uhuru Kenyatta several weeks ago. 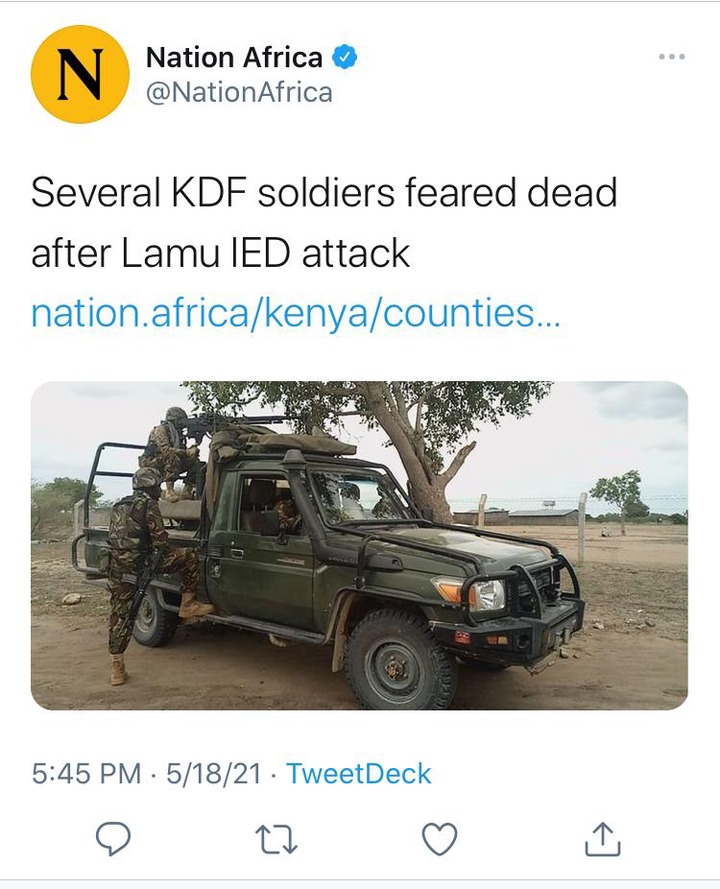 Video Link: Car Sinks Into The Ground In Mumbai Amidst Heavy Rains, It Has Since Been Retrieved

Have You Seen Him? Murang'a Teacher Goes Missing Since The 29th of May