By Isaac_Adungo (self meida writer) | 19 days 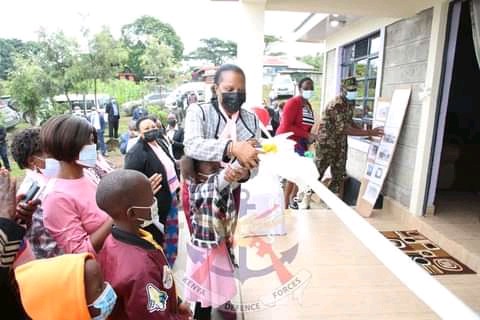 Jubilation and rapture was the prevailing mood in the family of Pauline Waithera, a window to let Private Jeremiah Mbugua, a KDF soldier who was fallen by an enemie's bullet in Somali's volatile Gedo region in 2018.

At a very young age, private Jeremiah left behind a widow and three minors in a very sorry state that they didn't anticipate.

During Mbugua's emotional send-off in Kabatini, Bahati constituency in Nakuru County, top military officials who attended the burial through the military wives association of Kenya, a support group for women married to soldiers promised to build the surviving family a fully furnished modern house in a record time.

True to their promise, military wives association of Kenya chairperson Mrs. Tabitha Kibochi who is wife to chief of defence forces General Robert Kibochi requested the deployment of KDF Engineers Brigade early this year who built the four-bedroom house in a record three months costing 2.6 million. 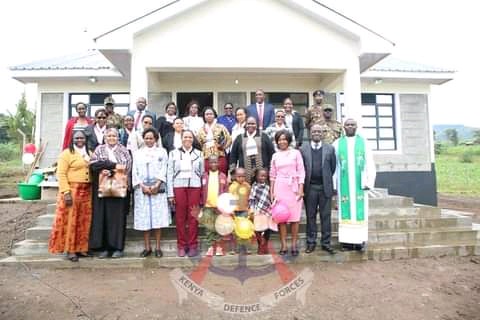 The new and fully furnished house was today handed to the soldier's widow in full witness of locals and a delegation from the Kenya defence forces.

Speaking during the handover event, Mrs. Kibochi said that the house has now provided widowed family with permanent habitation.

She also expressed her heartfelt pain for the young family after their sole breadwinner died, but encourage them to soldier on.

" It is indeed distressing to lose a husband leaving behind young children. The story of Pauline came up last year and touched our hearts including that of the chief of defence forces. However, I am delighted to hand over the keys to this new house to uplift this family". Mrs. Kibochi said. 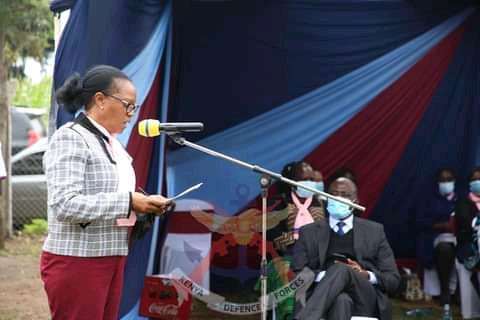 Mr. Waithera was very grateful to the military women support group saying that it has helped in wiping away her shame since the house has been a dream which came to reality.

The women association under Mrs. Kibochi has promised to support and make more impact in the lives of other windows,orphans and those who were disabled while serving the country. 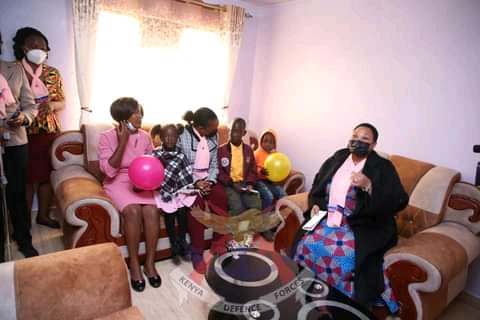 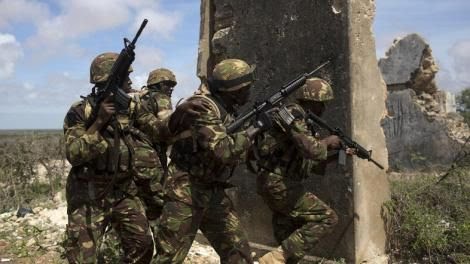 Boyfriend Allegedly Kills Girlfriend Who Was To Travel To Qatar Today

R.i.p:Netizens Reactions After This Incidence Happened To This Lady In Maziwa Kahawa West