Heavy Exchange of Fire Emerge Between Al-Shabaab & Army, US Forces Forced to Intervene by Doing This 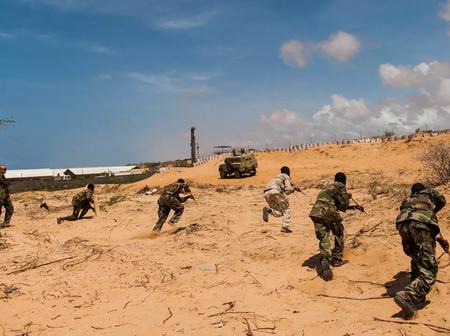 A heavy exchange of fire ensued between al-Shabaab militants and the army on Tuesday, 24 August 2021, which forced the US Forces to intervene and help the army.

The U.S. African Command has confirmed that al-Shabaab fighters engaged in active combat with the Somali National Army in the vicinity of Cammaara, Somalia.

In coordination with the Federal Government of Somalia, the U.S. Africa Command was forced to conduct a collective self-defence strike, and cover their SNA counterparts.

In a press statement this evening, U.S. Africa Command said the strike was a success considering no civilians were killed, neither any of them sustained injuries.

However, they did not reveal the number of killed al-Shabaab because the fight was still going on at the time the statement was released. 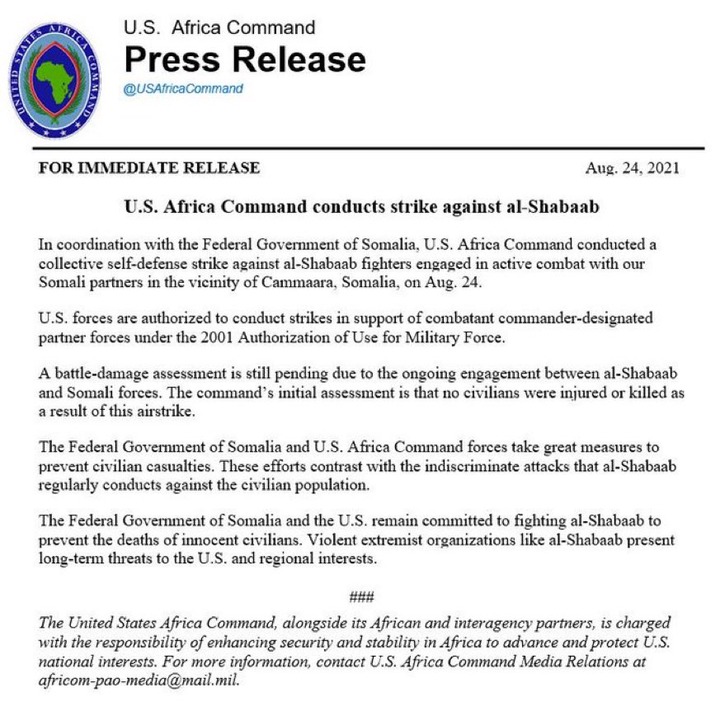 "A battle-damage assessment is still pending due to the ongoing engagement between al-Shabaab and Somali forces. The command's initial assessment is that no civilians were injured or killed as a result of this airstrike," the statement read in part.

The U.S. African Command has also assured the civilians that all measures have been put in place to ensure their safety is guaranteed

"The Federal Government of Somalia and the US. remain committed to fighting al-Shabaab to prevent the deaths of innocent civilians. Violent extremist organizations like al-Shabaab present long-term threats to the U.S. and regional interests," they added.