How terror suspects disappear without trace in Mombasa

By Sportyboss.com (self media writer) | 29 days ago

Anti terror police are on the spot after Human rights organizations blamed forced disaperance of arrested suspects on them. Article 49 of the construction say's, "an arrested person has the right to be released on bond or bail unless the judge is convinced otherwise." It is however a different case at the coast. This year alone, according to Haki Africa, 32 terror suspects gone missing under unlear ordeals and it's only the state that can explain where they are.

Salim, a Mombasa tycoon on August 19, this year was accosted by four men and bundled into a waiting black Toyota Hilux. In the weeks leading to his kidnapping a Toyota probox was trailing him every time he went to the mosque. Salim was battling a terror case in court after being in possession of 'terrorism material' in 2018. Currently he is yet to be found. What is more frightening is that two co-accused in Salim's case also disappeared without trace. 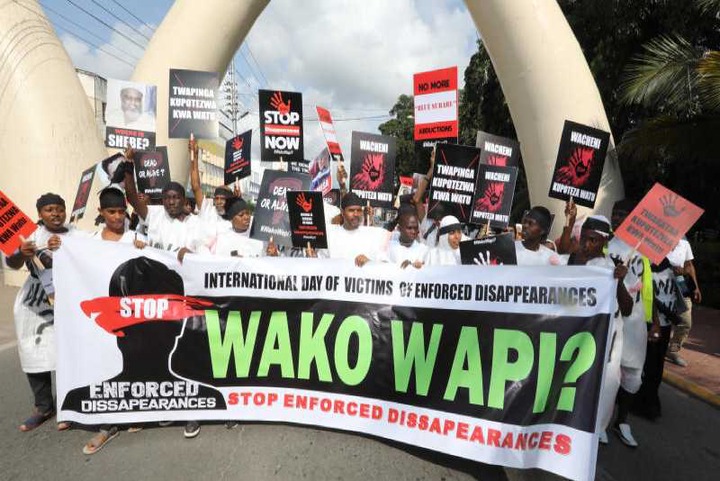 Kidnapping of terror linked suspects, discovery of 11 bodies in River Tana in Garrissa last week and failure by state to produce in Court terror suspects is raising questions on whether there are new tactics being employed in the fight against terrorism. Some believe that there is international corporation and financing by foreign countries that are partners in war on terror and are hunting down , detaining arbitrary or executing suspects.

No fingers can be pointed yet but what is clear is that the number of enforced disappearance and extra judicial killings have surged dramatically.

Content created and supplied by: Sportyboss.com (via Opera News )