The President of Kenya, honorable Uhuru Kenyatta has today met with a number of top officials in the ministry of security following a number of security alerts that were issued by different embassies who raised their fear and concerns over Insecurity in the country. 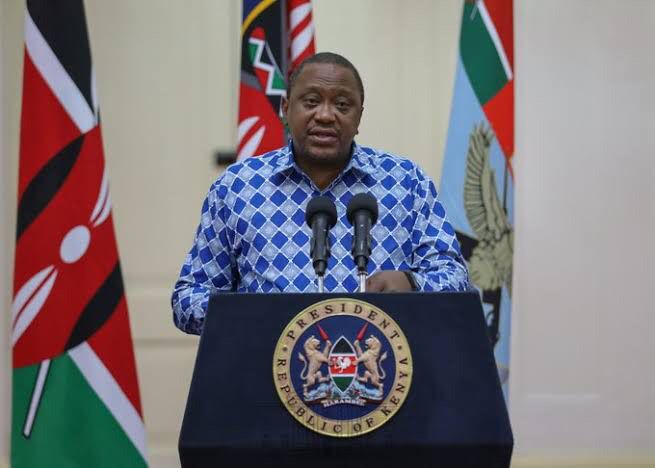 In an incident that happened yesterday in the evening, France called upon all foreigners to make sure they stay vigilant and at the same time, stay away from crowded places claiming that they had received an Intel from their sources that suggested that an unknown group of terrorists were planning to conduct a terror attack.

At the same time, President Uhuru Kenyatta met with a number of security officials from all over the country. According to the reports given by a reliable source of information, it has been revealed that the president along with the officials discussed matters to do with the alleged terror threats.

While reacting to this incident, kenyans who took to their different social media accounts to express their opinions and suggestions on the matter have called upon the inspector General of police along with the director of criminal investigations to conduct an investigation in order to find out what is happening.

According to the reports given by most Kenyans, they claimed that it was so unfortunate that the government is yet to do something about this despite the fact that Alot of people have been killed by Alshabaab Suspects since the beginning of the year in Lamu and other regions. 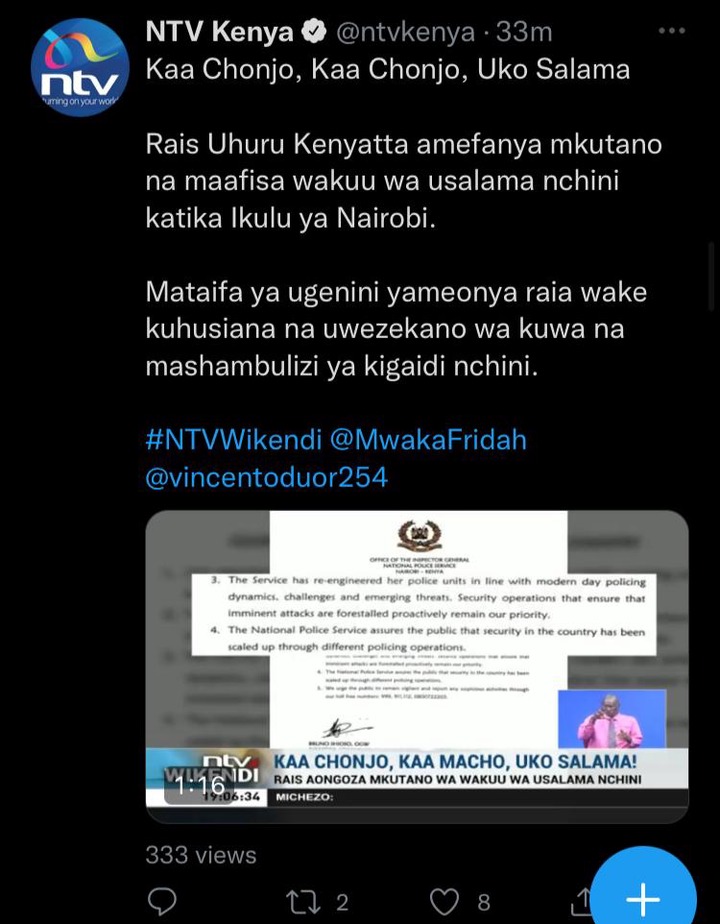 8 Tips For Self Analysis.

Thank You Diamond, Zuchu Tells Diamond Platnumuz After What He Surprised Her With Today

Nakuru Incident That Has Given DP Ruto The Real Picture Of Matters On Ground In Mt. Kenya

Foods That You Should Avoid If You Want To Lose Weight.

How a Thika Lady, 26, Belittled by Boss from Hell Forced to Build Her Company with KES 6,000 Salary

'Maajabu' Ringtone Apoko Shares A Video Of His 1.5 Million Trouser, Interwebs Go Crazy About It

'I Am Not a Prophet But...." What Fearless Murkomen Told DP Ruto Over Rigathi In Nandi County [VIDEO

Do You Eat the Head of Fish? See What It Does To Your Brain