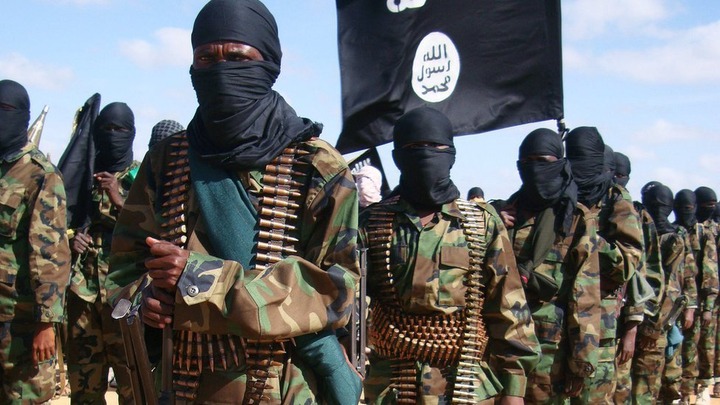 An innocent-looking Al-Shabaab leader has been captured by the army.

Ali Mohamed Adan said to be a senior militant in charge of operative in the Lower Shabelle region was on Sunday afternoon captured by the Somali National Army (SNA) forces.

He was captured in Janaale town within the Shabelle region.

Somali National TV quoted an army commander who confirmed the arrest of the militant who looked to be in his 20s.

"Somali National Army captured Ali Mohamed Adan, a senior #Al-Shabab operative, who was in charge of the group’s terror operations in the Lower Shabelle region. SNA commanders say he was captured in #Janaale town, on Sunday," the source said. 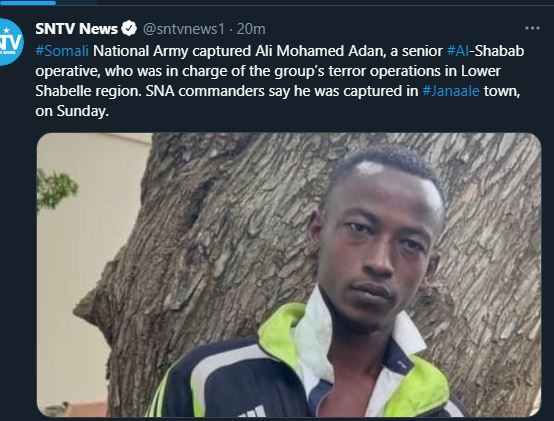 His arrest comes a few hours after at least three Al-Shabaab militants were gunned down by the military after they attacked a village.

The militants are said to have fired rocket-propelled grenades (RPG) on Saturday night that targeted Awdhigle District. The attack is said to have left 7 civilians with nursing injuries.

The army special forces responded in time and managed to gun down some of the attackers who were found at the scene, while others managed to escape. 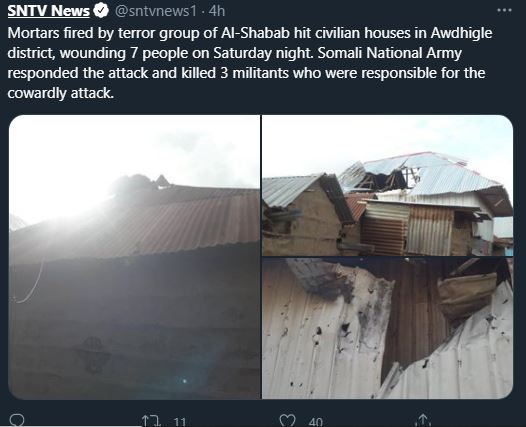 At least 100 militants have been killed in the past one week, and more than 200 killed since the month of June started.

SNA has been deploying its special forces units, the Gorgor, which has its soldiers trained in Turkey, and the Danab commandos, which enjoys training from US forces and UK forces.

In last week, US forces remotely attacked Al-Shabaab militants using drones while defending SNA commandos who were under attack. The airstrike claimed at least 50 militants lives. 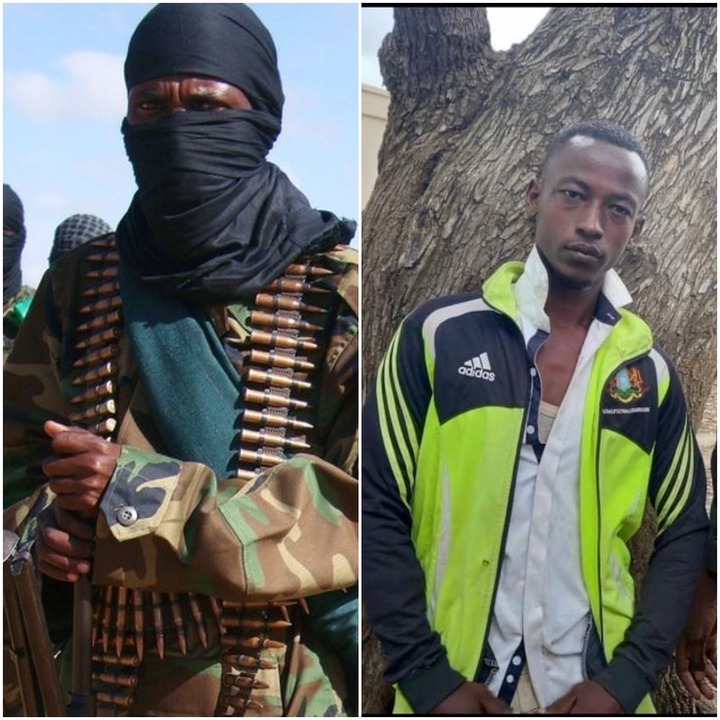