Breaking: At Least 3 People Killed, Several Injured After A Bomb Exploded Near A Presidential Palace

By WawireCornel (self media writer) | 27 days ago 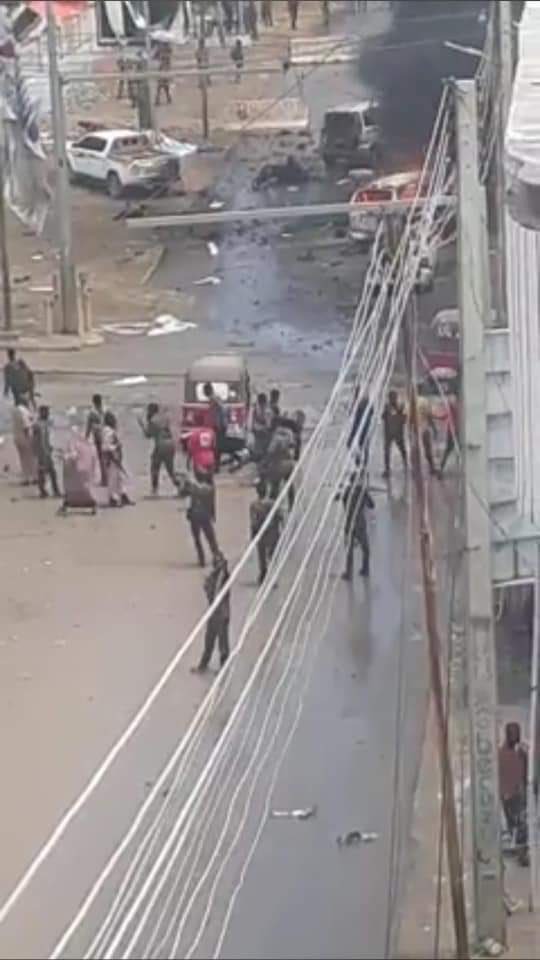 On Saturday at around 10:49 am, a car loaded with a bomb exploded at a check point heading to the Presidential Palace in Mogadishu.

The car which was stopped by officers manning the check point exploded leading to deaths of more than three people while several others were left seriously injured.

''Breaking: At least three people were killed and several vehicles went up in flames after a suicide explosion hits near presidential palace in Mogadishu,'' the media house wrote.

According to witnesses at the scene, several vehicles were hit after the huge explosion.

It still remains unclear where the car was headed to and who was targeted by the bomb in the car.

More so, no terror group has come out to claim responsibility of the car bombing.

"Breaking: Witnesses reported an explosion from a car bomb near a checkpoint leading to the Presidential Palace in Mogadishu. The explosion hit a number vehicles moving towards the checkpoint. Multiple casualties have been reported. #Somalia," wrote Harun Maruf. 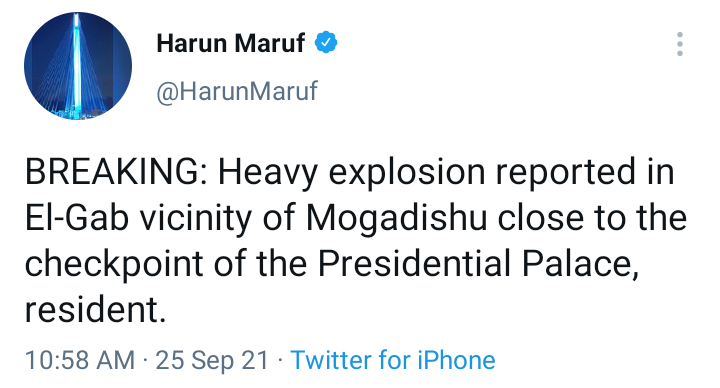 The explosion near the Presidential Palace comes just a day after another suicide explosion happened near Villa Baidoa military base in Mogadishu.

It is alleged that an Al Shabaab bomber was responsible for this attack.