Comparison Between USA's And Russia's Deadliest Weapons, Which Country Is Better?

By Deathrow (self media writer) | 5 months ago 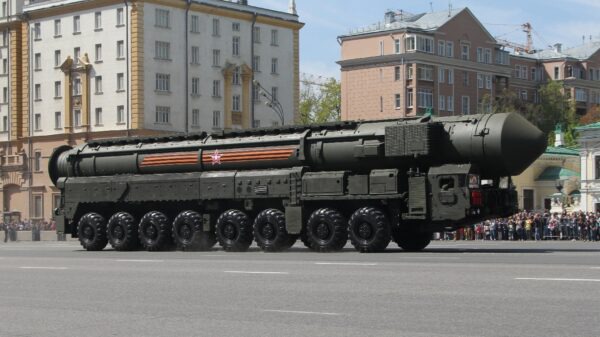 Tension between Russia and the US has reached boiling point following Vladimir Putin's invasion of Ukraine.

NATO's military commanders have been granted the authority to deploy forces "wherever it is needed" following Russia's latest actions, with the US Secretary of Defense assuring Baltic nations they will not be on their own if faced with security threats from Russia

1.The B83 nuclear bomb is the biggest device in the U.S. stockpile. It has a maximum delivery of 1.2 megatons – that’s 1.2 million tons of TNT. This is 80 times more powerful than the bombs dropped on Japan at the end of World War Two.

There are 11 active aircraft carriers in the US Navy fleet, 10 Nimitz-class and one Ford-class.

While those numbers seem extensive, only three to four are likely to be battle ready at any one moment.

The US Naval Institute showed one carrier, the USS Harry Truman, in the Middle East.

The S-400 Triumf SAM system is particularly potent. It can not only take out enemy manned aircraft and some drones, but it can also be used against cruise missiles and ballistic missiles up to 250 miles away depending on the missile used.

3.The best protected tank ever

The tank also features the groundbreaking Afghanit active protection system (APS). It can intercept attacks that are incoming at speeds as high as Mach 5.0. The APS can also interfere with the targeting systems of anti-tank guided missiles, causing them to lose their target.

Why There's No Easy Relationship

Price Of 1Cement, 1Block, 1Lorry Of Sand And Black Marram For Building Houses