The Day William Ruto's Home Was Attacked By Unknown Gunmen

By Deathrow (self media writer) | 3 months ago

President William Ruto's Sugoi residence in Uasin Gishu County was invaded by armed men and held under siege for hours in one of the most egregious security breaches in the nation's history on July 28, 2017.He had left the compound hours prior to the attack to attend a campaign event in Kitale, therefore neither he nor his family were there at the time of the attack. 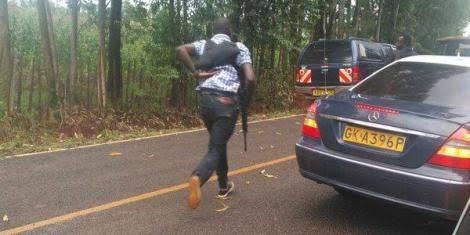 Numerous security sources claimed the incident was orchestrated by numerous people and there were reports of gunshots. Due to the fact that the perpetrator used several different weapons, police at first believed there were multiple attackers. After around 48 hours, former Kenya Police Chief Joseph Boinnet declared that the attacker had been killed by gunfire and that everything were now under control.

Conflicting accounts said that three attackers were killed following a six-hour gun battle, but a later source from Ruto's office claimed that an elite paramilitary police unit was awaiting dusk to flush out the terrorists.