DCI Release's List Of 5 Most Wanted Criminals Who Are Armed And Dangerous.

By BlueWorldNews (self media writer) | 10 months ago 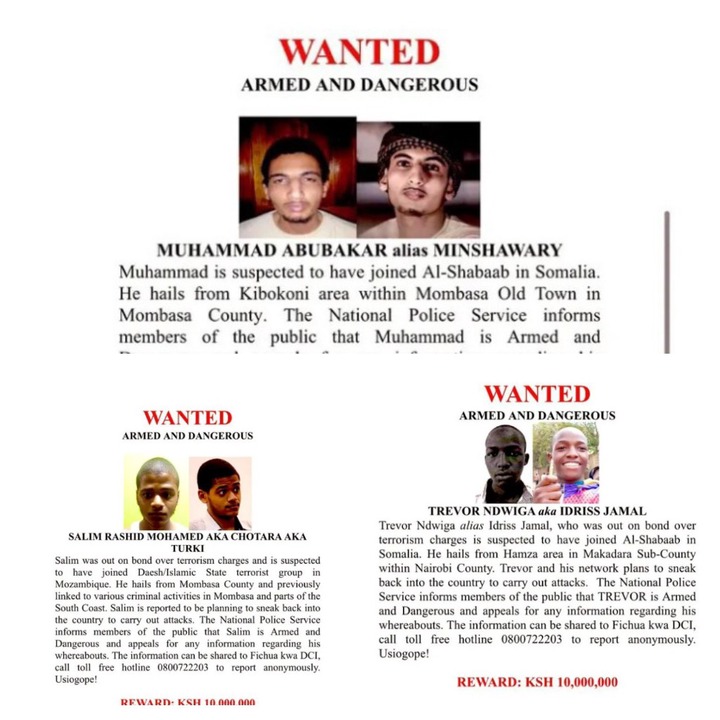 DCI Release's List Of 5 Most Wanted Criminals Who Are Armed And Dangerous.

The Director of Criminal Investigation's (DCI) has released a list of 5 MOST WANTED criminals in the country and they have offered 10 Million Kenya shillings reward to anyone who will give information about the whereabout of anyone of them. 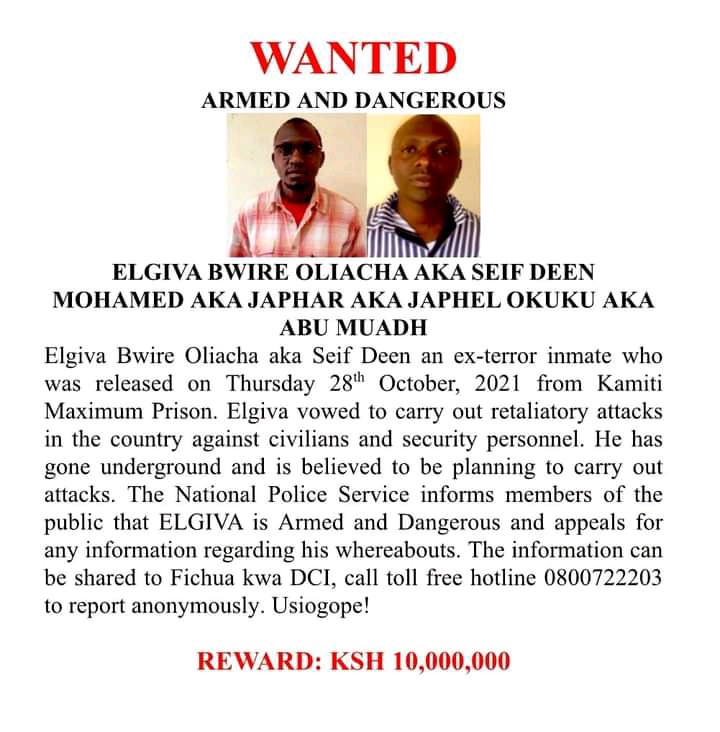 Among them is a missing terror convict Elgiva Bwire who was recently released from Kamiti prison and he had vowed to carry out a revange. 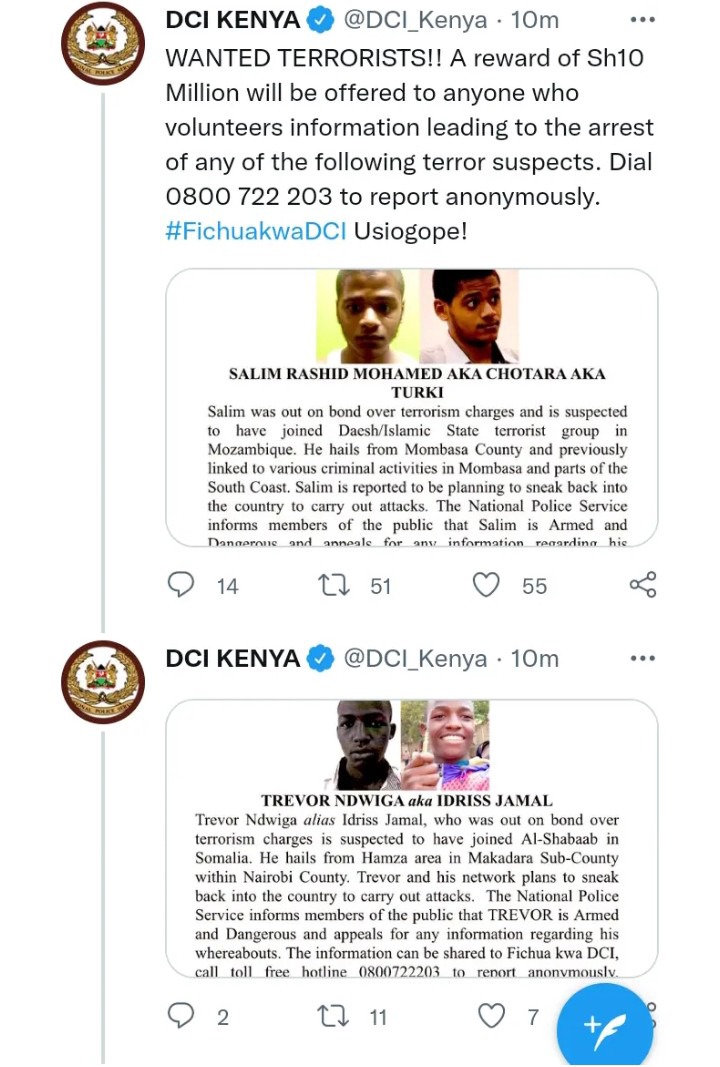 Another one is Salim Rashid Mohamed who was released on bond over terrorists charge's and is suspected to have joined an Islamic terror group in Mozambique. 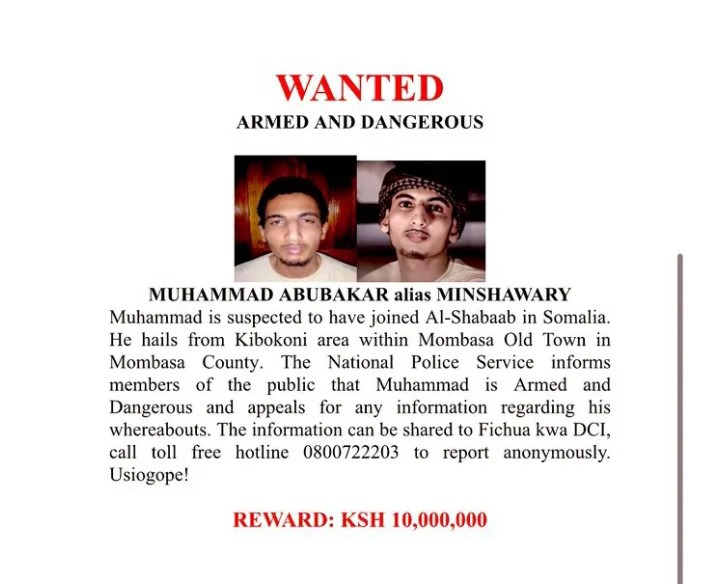 Trevor Ndigwa was also releaser on bond and is suspected to have joined Al-Shaabab in Somalia. 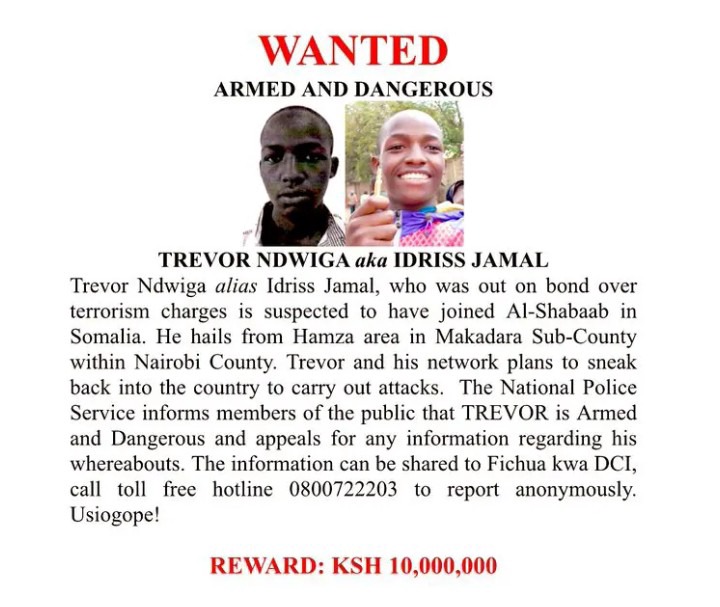 Another terror suspect is Muhammad Abubakar who is also suspected to have joined Al-Shaabab in Somalia and he comes from Kibokoni area in Mombasa Old Town. 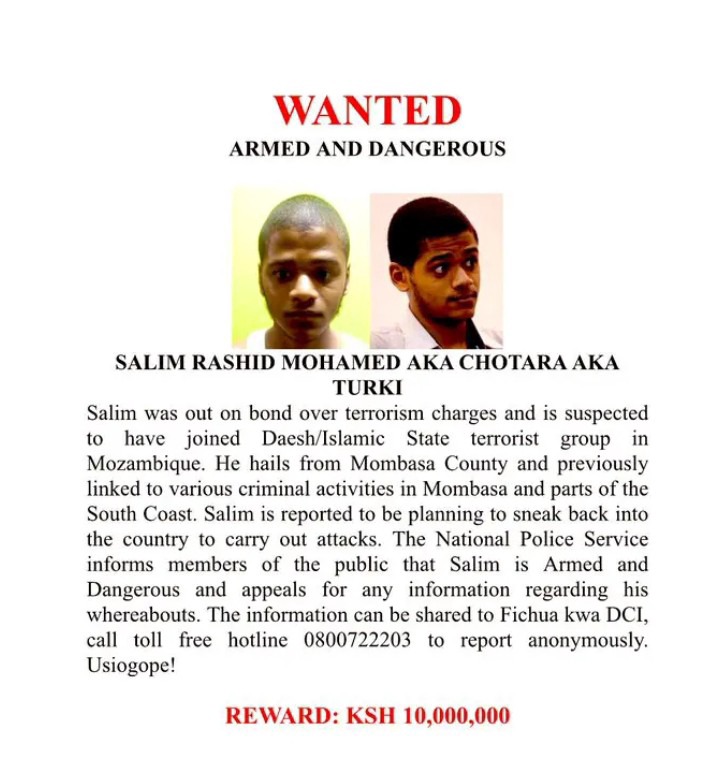 Salim Rashid Mohamed is another terror suspect and he was released on bond and is also suspected to have been joined an Islamic terror group in Mozambique.

Content created and supplied by: BlueWorldNews (via Opera News )

Man Secretly Enters an Old Woman's Room Forcefully Sleeps with Her, Before Running Away