By Kevin.n (self media writer) | 1 month ago

Gershom Wanyonyi a Kenya Defense Forces soldier was among the Kenyan soldiers who were present in the El Adde camp during an Al shabaab attack back in 2016 where more than 140 soldiers lost their lives and more others were left injured, this is the worst attack to have ever happen to a KDF camp.

It is said that there are some soldiers who were abducted by the militants one of them being Gershom Wanyonyi who have not yet been released, the family of Wanyonyi said that it thought that Wanyonyi was among the soldiers who perished until the Al shabaab released a video of him asking for help early last year.

It is believed that the militants abducted Gershom Wanyonyi so as to try to make a deal with the government of Kenya which never happened for Kenya is among the countries that don't make deals with terrorist groups, the family of Wanyonyi is hoping to see their son in the near future. 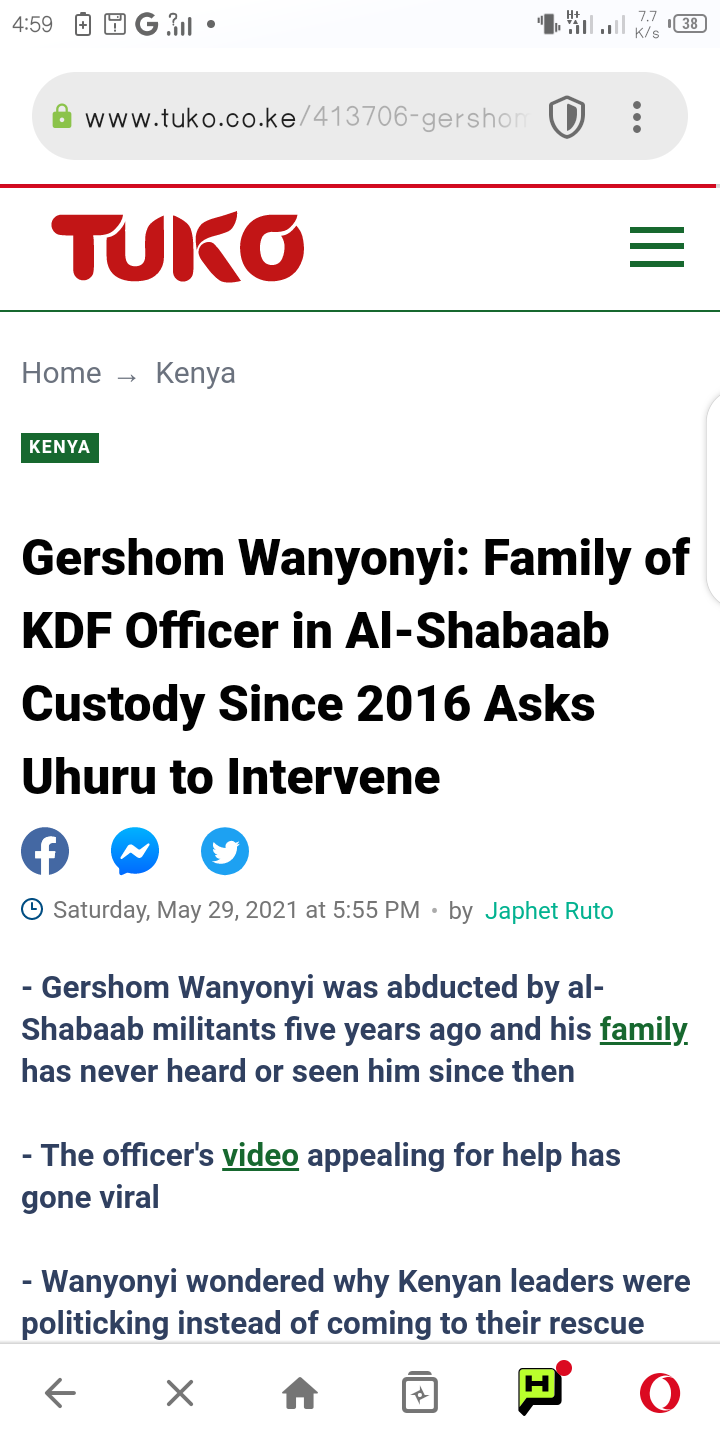 How To Believe God Is Leading You

Lenku or Nkedianye? Headache For Azimio In Kajiado As Polls Reveals UDA Likely To Win

I Have No Problem With Raila's Brother Being IEBC Chairman