(PHOTOS): Inside The Ruins of Muamar Gaddafi's Luxurious Palace That Is Now a Dumpsite 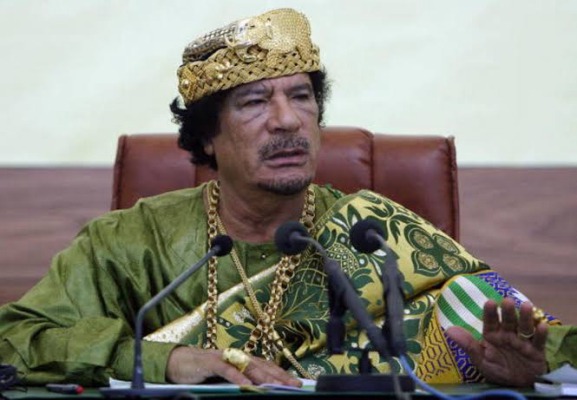 Next month will mark exactly ten years since the toppling and subsequent killing of former Libya revolutionary leader Muamar Gaddafi.

When he came to power in a 1969 bloodless coup,Gadaffi was a handsome and charismatic young revolutionary. But after 42 years of excesses, he crossed the redline, prompting his former subjects to topple him in a violent 2011 revolution. It marked the end of the man who once called himself "the King of the Kings of Africa".

And for the man who former USA President Ronald Reagan described as the " Mad dog of the Middle East", it was a sad ending considering how much he had been a dominant figure on the global stage for four decades. 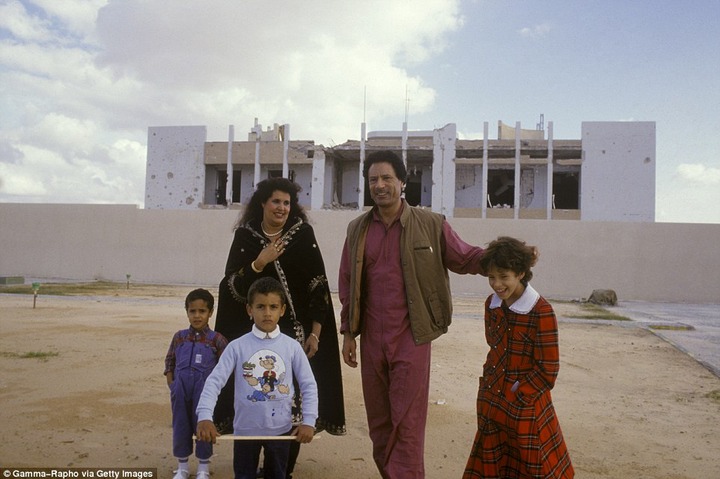 Gaddafi and his family outside their palace in 1986 ( Photo Courtesy)

Perhaps, a reminder of Gaddafi's brutal rule is his now dilapidated and ruined palace. At the time of his era, the luxurious home served as a symbol of his power and brutality. But as its own fell in 2011, so did the palace.

During his rule, Gadaffi had two luxurious palaces in Tripoli, the capital city and Benghazi. 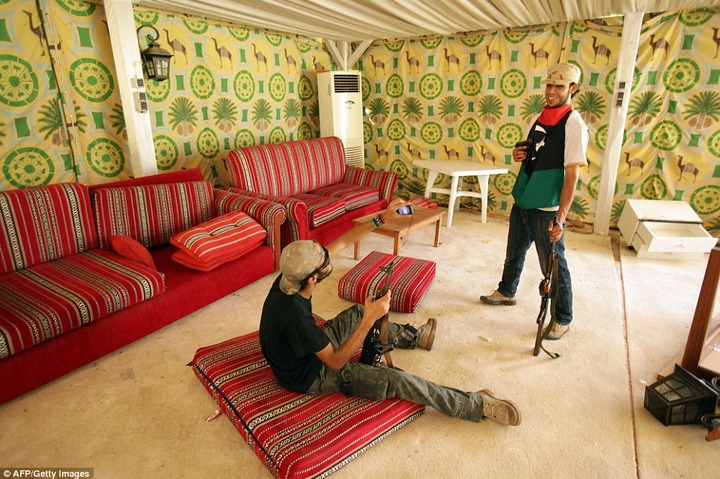 As a master of elegance and a lover of good things in life, Gaddafi lived like a king. An inside view of his palace at the time is just a sign of his legendary opulence. But today, what remains of the once famous residence is just rubbles, perhaps, a reminder that power is temporary. 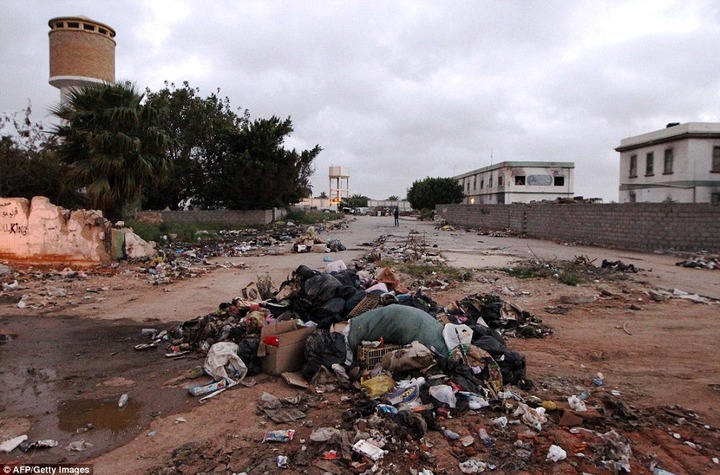 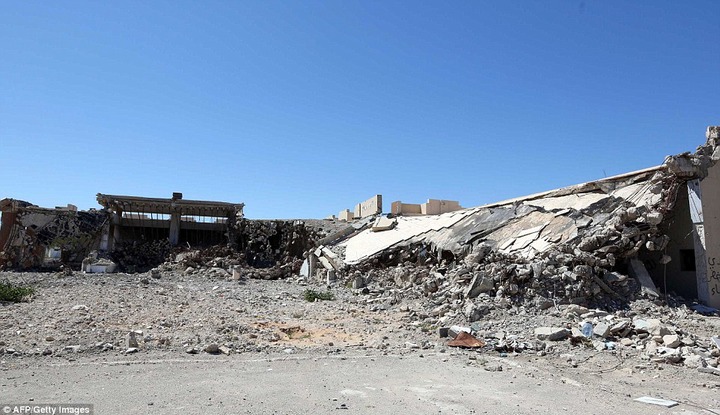 The heavy gunfire fighting between the rebels and Gaddafi's forces saw the Palace come down as the Colonel fled to save his skin.

By the time he was killed by rebels and NATO forces, his palaces had been reduced into rubble.

Today, some parts of the ruins of his palaces are used by locals as dumpsite while another section serves as a market for buying and selling dogs. That's how the Gaddafi empire came down crumbling.