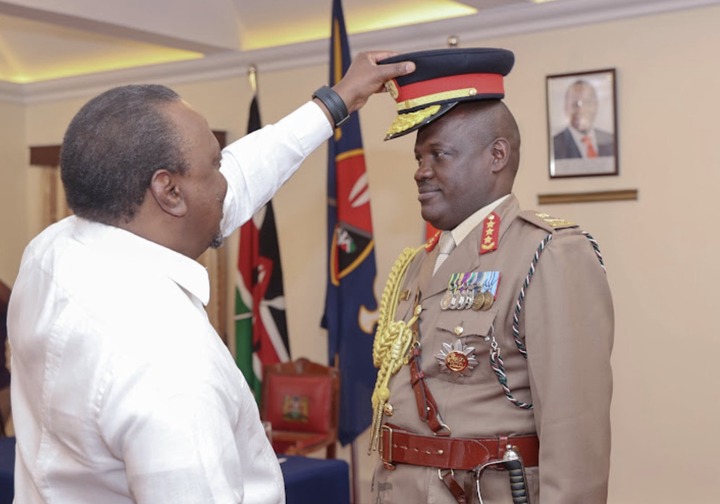 Lt. General Mbogo Njiru who was president Kenyatta’s former aide-de-camp was sworn in at Statehouse Nakuru on July 27, 2022.

This was a formal hand over ceremony which of major significance to the Republic of Kenya where the exiting commander Lt. General Koipaton will inspect an old guard honoring him.

At the same time new guard will usher in the new commander, Lt. General Mbogo Njiru where at the end of the line, they are expected to handle the national flag and Kenya Army flag. Lt. General Koipaton has served for four years as required. 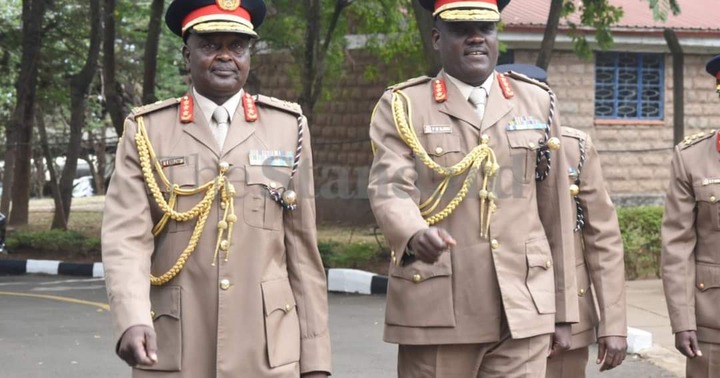 After the formal hand-over ceremony, the retired Lt. General Koipaton will then be escorted out of the Kenya Defense Forces headquarters aboard an open top Land Rover as his fellow generals bid him a goodbye.

This is a significant handover ceremony as it will be a key one for the largest service before the entire Kenya Defense Forces gives their Commander-in-chief a goodbye soon. This also comes a day to the General Elections which will determine who will be the next Commander in Chief of the Kenya Defense Forces. 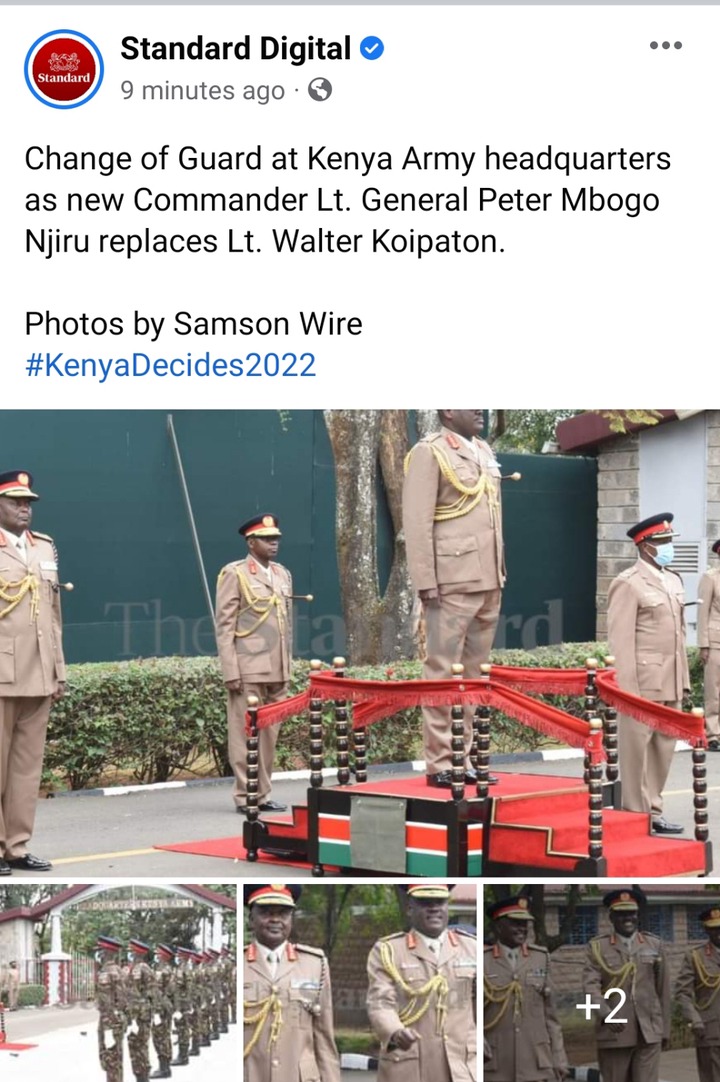 How to Check whether Cooking is fit for Consumption through SMS by KEBS.