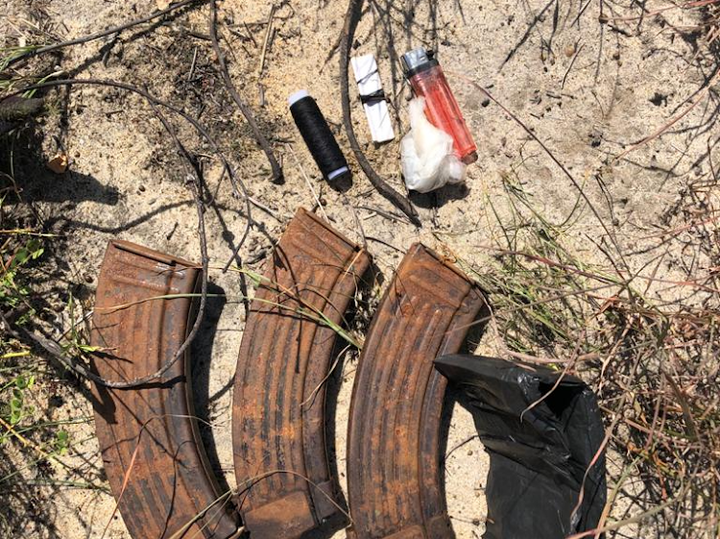 Some of the guns recovered.

There has been increased cases of insecurity in Lamu County in the recent past that has left residents a worried lot.

The perpetrators of the heineous acts have been taking cover in the dense Boni forest as efforts to flush them out by KDF proved futile.

Nevertheless, lady lucky seemed to have kissed them goodbye after a successful operations by Kenya defense forces.

According to reports by star, over 15 suspected alshabaab militia-men where Killed by KDF on Monday evening.

According to one commander who led the operations, the killed terrorists are part of those who have been harrasing villages recently.

In the process, two alshabaab command posts and logistics bases in Bodhei were destroyed.

“We believe they were part of those who attacked villages here recently. Our officers have successfully conducted a raid and destroyed two Al-Shabaab command and logistics bases in Bodhei,” said the commander.

The forces is part of a multi-agency team conducting an operation dubbed Amani Boni that was formed in 2015 to flush out alshabaab.

A number of weapons such as guns and improvised explosives were recovered in the process.

This will be good news to people of Lamu who have suffered in the hands of these miscreants who thrive on selling fear.

Do you Support the KDF in it's operations? Feel free to share your thoughts and comments on this on our comments platform. 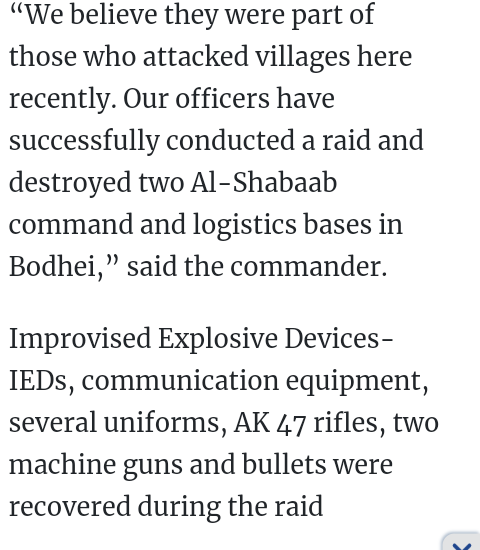