By Bobbynews (self media writer) | 8 months ago 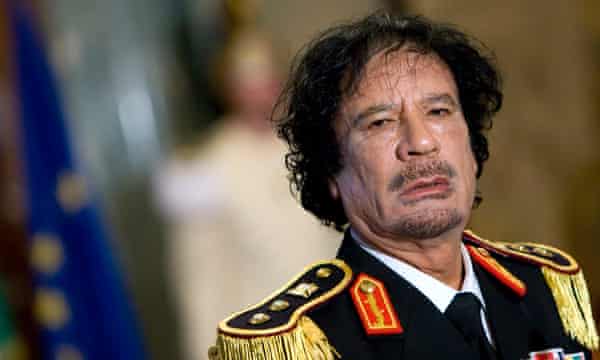 In August 2011, as Libya’s rebels and Nato jets began an assault on Tripoli, Colonel Muammar Gaddafi delivered a speech calling on his supporters to defend the country from foreign invaders.

“There is a conspiracy to control Libyan oil and to control Libyan land, to colonise Libya once again. This is impossible, impossible. We will fight until the last man and last woman to defend Libya from east to west, north to south,” he said in a message broadcast by a pro-regime television station. Two months later, the dictator was dragged bleeding and confused from a storm drain in his hometown of Sirte, before being killed.

Nine years on, after the outbreak of a second civil war, Gaddafi’s proclamation is not far from the truth – but as the US has retreated from the role it played in his downfall, a constellation of emboldened regional powers has descended on Libya instead. As the battle moves to Sirte, gateway to the country’s oil crescent, a potential showdown over control of Libya’s oil wealth is looming. 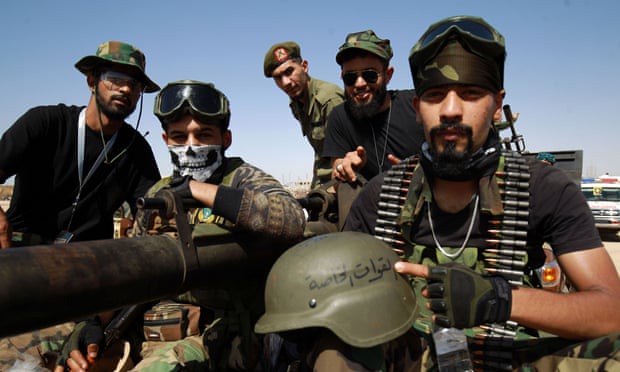 Sirte’s fortunes turned after Gaddafi’s death; once a gleaming showcase for his vision for Africa, the villas on eucalyptus-lined avenues that belonged to regime apparatchiks were flattened in the revolution, and the city was terrorised by Islamic State before the jihadists were driven out in 2016.

In violation of an international arms embargo, the city and surrounding desert have been flooded with weapons and fighters in recent weeks as forces loyal to the government in Tripoli mobilise on one side of the frontline, and those fighting for General Khalifa Haftar, appointed by the rival parliament in Tobruk, line up on the other.

At stake is Libya’s greatest treasure: the largest oil reserves in the entire African continent. The majority of the country’s oilfields are in the Sirte basin, worth billions of dollars a year. Haftar’s forces, who are in control of Sirte, imposed a blockade on oil exports in January, causing revenues to plummet as daily production dropped off from around 1 million barrels to just 100,000 barrels a day.

Forced to impose pay cuts for civil servants and currently spending from reserves inherited from the Gaddafi era, Tripoli is desperate to dislodge Haftar’s forces.

West Libya’s Government of National Accord (GNA) , officially recognised by the UN as the counry’s legitimate government, was created in 2015. It is at odds with the Tobruk administration, formed when MPs decamped to the eastern city following disputed elections. Tobruk appointed Haftar, a former army commander under Gaddafi and one-time CIA asset, to lead its self-styled Libyan National Army (LNA) the same year.

Garlic And Milk Benefit Which You Need To Know