By WawireCornel (self media writer) | 3 months ago 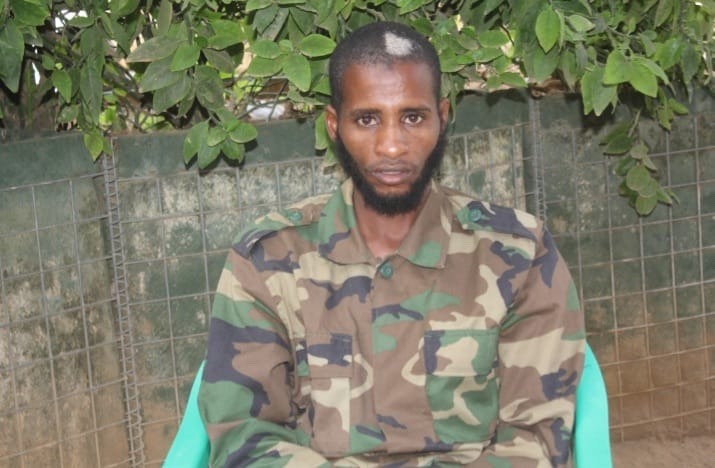 The war against the Somali-based militia group, Al-Shabaab has taken a good course after a senior member of the group surrendered to the Somali National Army (SNA).

After serving as a member of the terrorist group for seven years, Idiris Abdullahi Moalim, a top Al-shabab group leader, decided to defect from the militia group fearing for his life.

In the recent past, a war against the militia group has seen several members and leaders of the Al-Shabaab killed and various towns and areas liberated from their rule.

With the Somali National Army carrying out constant attacks on the militia group, various leaders and members have been captured with some fleeing for their dear lives.

However, those who have conceded defeat opted to surrender and stay alive than remain in the group and be killed like many others have done.

Moalim surrendered to the army in Baidoa town of Baay region on Wednesday.

"Idiris Abdullahi Moalim, a senior Alshabab operative has surrendered #Somali National Army in #Baidoa town of Baay region on Wednesday. He has been member of terror-group for 7 years. #Somalia," wrote SNTV News.

His defection is an advantage to the fight against the Al-Shabaab as he will give crucial intel concerning their operations and plans.

Many other who defected from the group we welcomed by the SNA and calls for others to surrender made.

Despite their surrender, the Al-Shabaab has continued to attack the SNA carrying out attacks on their convoy using roadside IED attacks or sometimes ambush police bases.

In the recent past, the SNA destroyed over 16 Al-Shabaab bases flushing them from their hideouts.

One senior leader got arrested after being cornered by the SNA. In hiding his cover, he is said to have dressed in a woman's attire but the SNA discovered him and arrested him.