By Sonofbatman (self media writer) | 8 months ago

The Kenya Defense Forces has always been at the forefront of ensuring that Kenyans are safe from any external attacks as well as internal conflicts that threaten to throw the country out of control. 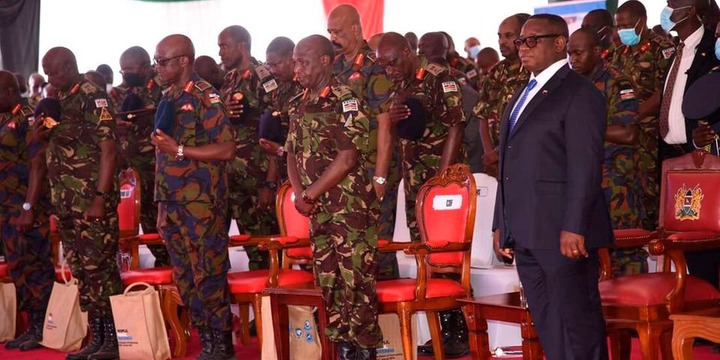 The quality of work of the Kenya Defense Forces has not gone unnoticed as some places have also had to borrow the men and women wearing the jungle uniform to help in bring peace to their nations.

According to reliable reports from Daily Nation Newspaper, the Kenya Defense Forces has contributed over 60,000 brave men and women soldiers who have helped in peace keeping missions across the world.

These missions have been to countries such as Namibia, Sierra Leone, Iraq, Syria, Liberia, Mali, Sudan, Croatia, Kuwait and most recently, the Democratic Republic of Congo.

The Director-General of the United Nations Office in Nairobi, Ms. Zainab Hawa Bangura, lit a candle in honor of four brave Kenya Defense Forces officers who died in Sierra Leone while fighting off rebels and protecting the innocent people.

These are the brave soldiers who paid the ultimate price in ending the war between the government and the Revolutionary United Front, RUF, rebel fighters in Sierra Leone in the 1990s and they have been honored by the KDF decades later.