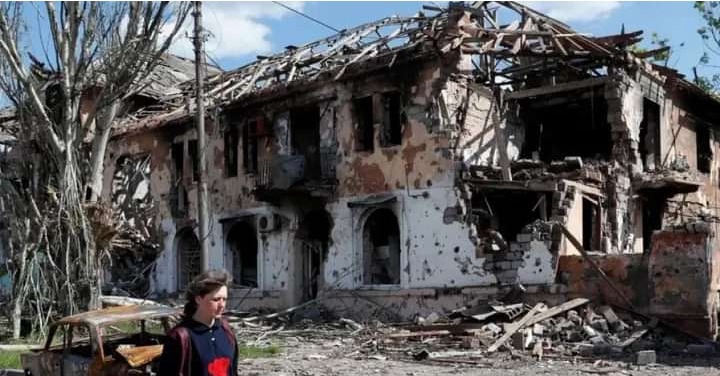 A section of a destroyed homestead in Ukraine port city of Mariupol.

The Russian invasion of Ukraine is still on for several months since Russian President Vladimir Putin sent his soldiers for the official military operation.

The war has been criticised by the World nations, but Russia is still matching forward with the ambitions they had when the war begun. 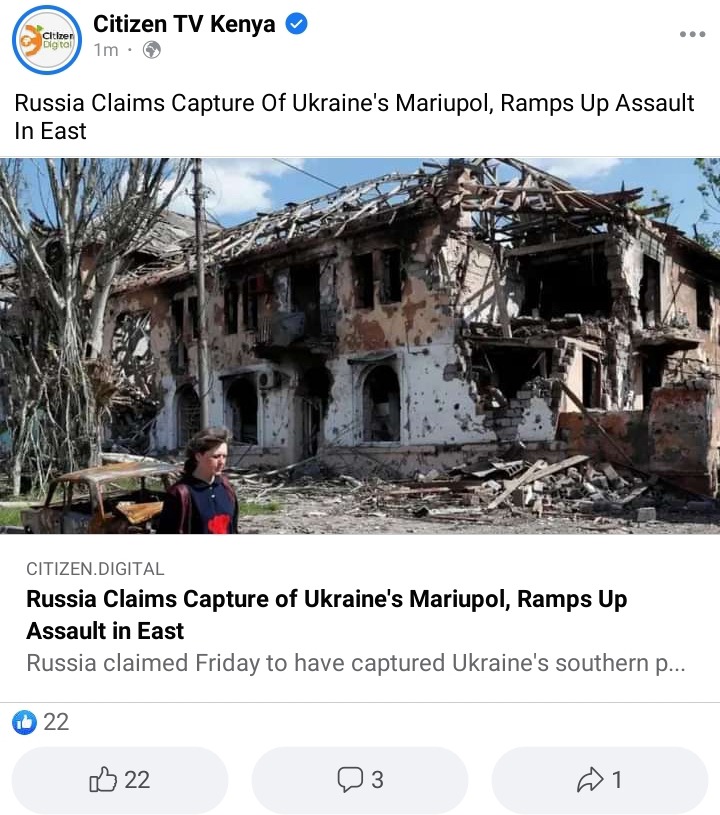 According to Citizen TV news reports, Russia have claimed that they have captured and are in full control of Ukraine's city of Mariupol.

The reports claim that the Russian defense ministry released a statement in which they revealed that their soldiers took control over the southern steel rich port city which the Ukranians had been defending for the last three months.

"The evacuation of the last fighters from the Azovstal steel plant, their number unclear, followed the surrender of almost 2,000 Ukrainian soldiers in recent days, according to the Russian defense minister." The reports stated.