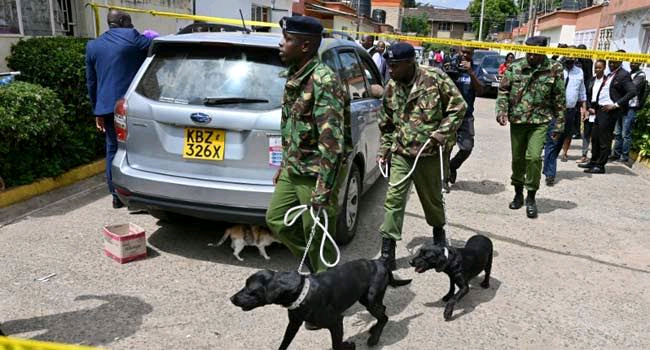 Bomb experts have been dispatched to Yare Plaza in Eastleigh, Nairobi, after unidentified men dropped a piece of letter in the lift alleging that there was a presence explosive device in the premise.

Until now, no explosive device had been recovered in the alleged premise.

The letter read that the bomb was timed to explode any time from 1pm.

The latest development comes only six days when three suspected robbers were gunned down in Nairobi’s burgeoning Eastleigh Estate. 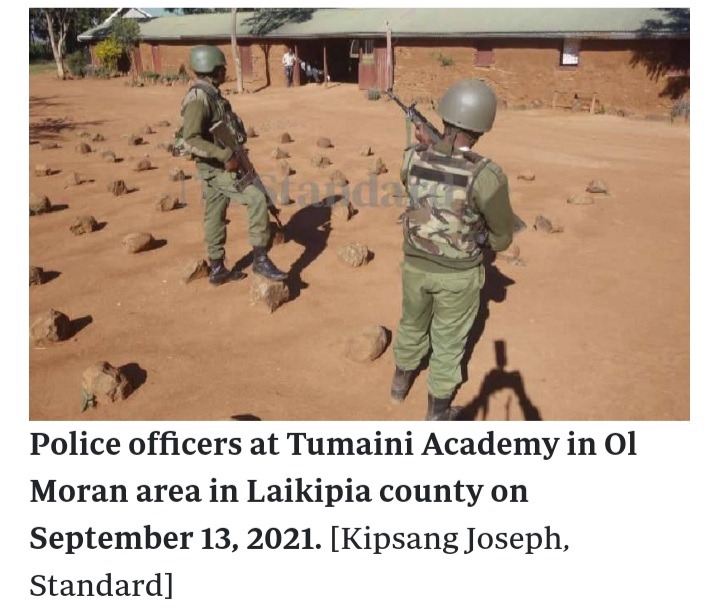 The three were among the five-member gang that had allegedly drilled a hole on the wall to rob a bank in the area.

In a tweet posted by the DCI, The Directorate of Criminal Investigations (DCI) said the three were killed by Pangani-based flying squad detectives, who swung into action after getting a distress call from members of the public.

Starehe Sub-County Police Commander Julius Kiragu are urging the residents to be on the watch of any suspicious explosive device around the area. 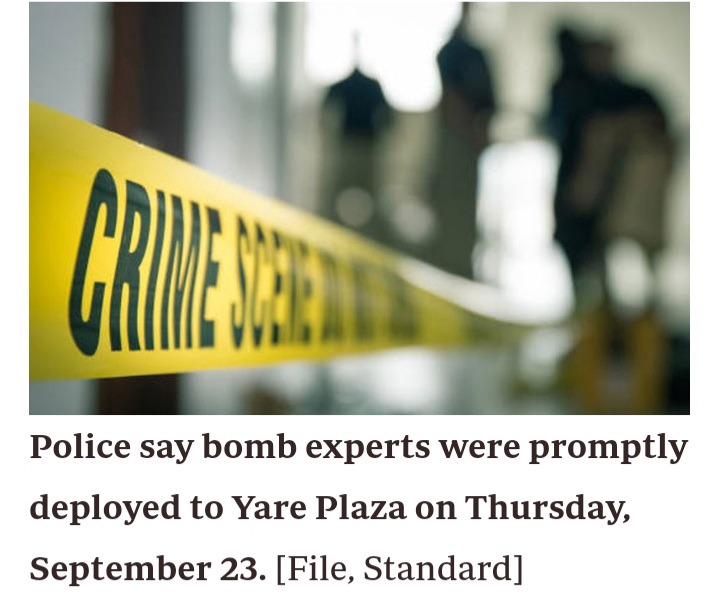 He at the same time ask the residents to report any suspicious information relating to the explosive device to the nearest police station. 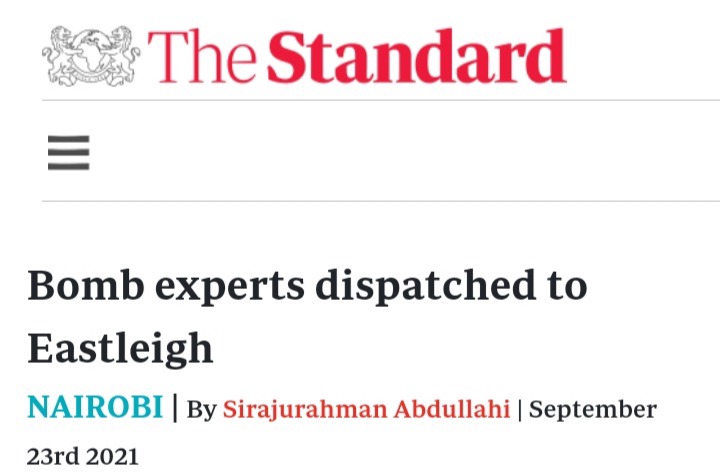