By MwagungaThoya (self media writer) | 13 days ago A statement from KDF Spokesperson Esther Wanjiku privy to Opera News Hub on Tuesday evening indicated that the KDF soldier was injured when a vehicle they were traveling in ran over an Improvised Explosive Device (IED) suspected to have been planted on the road by the militants between Milimani and Baure area in Lamu’s Boni forest.

The IED attack was orchestrated by the militants at around 9 am on Tuesday.

The area where the attack was conducted is within the multi-agency Operation Amani Boni (OAB) zone.

On September 15, 2015, the Kenyan Government launched the multi-agency operation inside Boni Forest with the key objective being to flush out Al-Shabaab militants believed to be hiding inside the expansive forest and use it as a base to launch attacks in other parts of Lamu, Tana River, and Garissa counties, all of which border the terror-prone Country-Somalia. 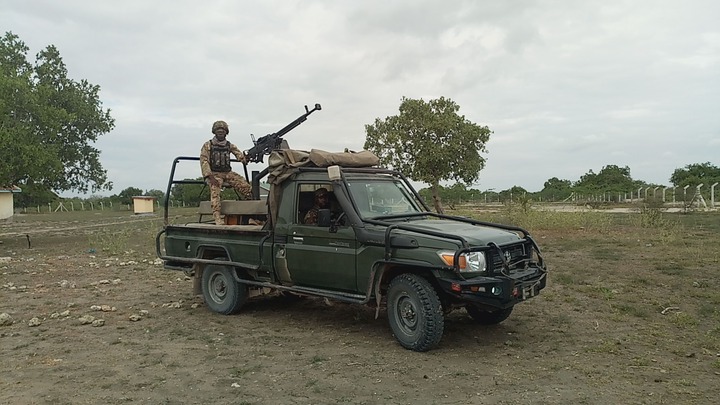 Colonel Wanjiku said the injured soldier was part of a team under OAB that was on a routine patrol in the area before encountering the IED attack.

“Today, Tuesday 12, 2021, at around 0900hrs, KDF soldiers operating under Operation Amani Boni while on routine patrol between Milimani and Baure in Lamu County encountered an IED attack orchestrated by suspected Al Shabaab terrorists. During the attack, one KDF soldier was seriously injured and has been evacuated to Nairobi's Defence Forces Memorial Hospital for further medical treatment. KDF will continue to assist and cooperate with other authorities under the Boni Enclave Campaign in parts of Lamu and Garissa Counties to restore peace and security and reduce the threat posed by Al-Shabaab terrorists,” stated Colonel Wanjiku in the statement. On September 26 this year, about 15 members of the Al-Shabaab group were killed when their vehicle ran over an improvised explosive device (IED) between Sarira and Ras Kiamboni on the border of Lamu with Somalia.

The IED has been planted by a group of Al-Shabaab that was in front only for the other group that was behind to run over it without knowledge.