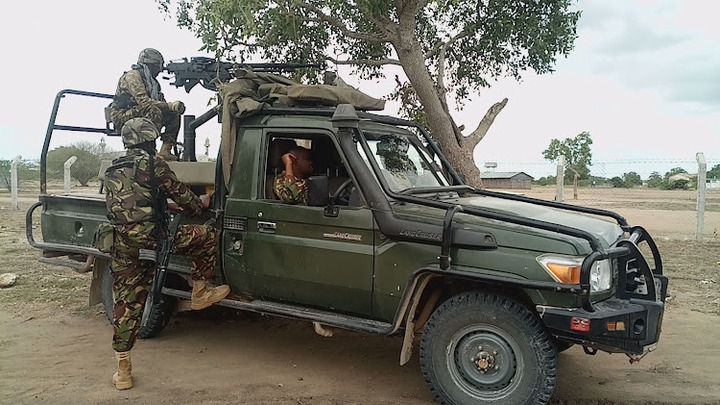 One soldier was critically injured and five others sustained light injuries when a truck carrying Kenya Defence Forces (KDF) soldiers was hit by an improvised explosive device in Boni, Lamu County.

According to the Kenya Defence Forces, the group was on normal patrol between Milimani and Baure in Lamu County when they came upon an IED strike carried out by suspected al-Shabaab terrorists.The injured troops were flown to Nairobi by plane for more treatment.

Colonel Esther Wanjiku, a KDF spokeswoman, said the KDF will continue to collaborate with other agencies to keep the Boni enclave operational.She did not disclose any other information on the attack. 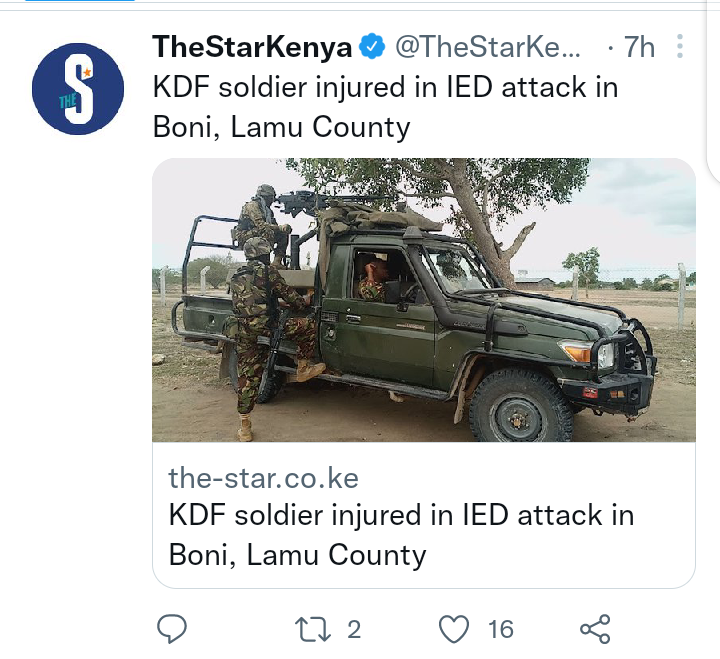 This occurs after a period of relative quiet in the area due to similar instances.The quiet was caused by ongoing activities involving multiple specialized security agencies in the area.

A similar attack occurred in May of this year, resulting in the deaths of at least four soldiers.The region is close to the Kenya-Somalia border, which has been under terrorist threat in recent months.