Most powerful Armored Military Uniforms In The World

By MindMaster. (self meida writer) | 16 days

Nowadays ,modern military uniforms and battle suits are made of high technology and not only looks impressive but futuristic too. Here are some of them;

1.) Future force warrior. This is an american soldier battle suit with a special dynamic armor less than an inch thick. The suit's inner layer uses magnetic fluids which are similar to oil in density. At normal state, the suit made of this material clings to the body like a hydra suit but the moment the soldier gives a command under the influence of a magnetic field the liquid becomes hard in just 0.001 seconds. The outer layer of the skin forms a flexible exoskeleton that will carry the soldier and support his movements making them 300% stronger. The warrior suit also features a real time health monitor system that has many sensors attached to the layer of the suit close to the skin that gather data on body temperatures, blood pressure and others translating it into diagrams and numbers onto the monitor on the soldier's helmet. If a soldier breaks a leg, the computer of the system will independently give a command to the liquid polymers in the suit which will harden to form a splint and save the limb of the soldier. If injury occurs, the dense fabric tightens around the area of the injury and inhibits blood loss. 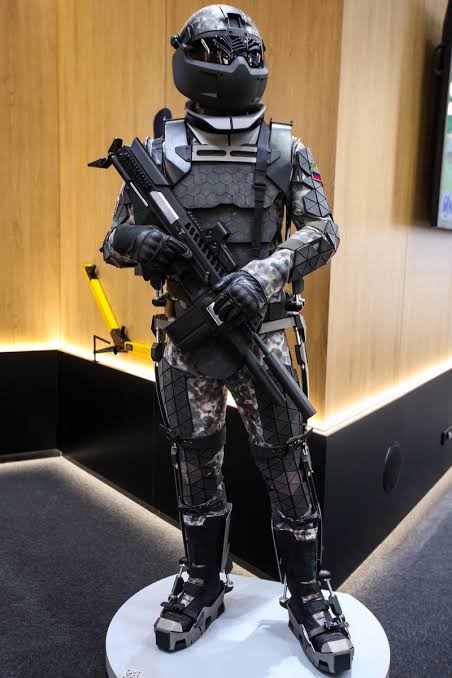 2.) Ratnik 3. This is a Russian 3rd generation of an exoskeleton that focuses on the power of the soldier. The uniform plays a role of an exoskeleton and multiplies the human force, enabling the soldier to use heavy machine guns with one hand and to carry weights and ammunition up to 150 kg. This suit is made of titanium and uses an electric engine that can run for a day without recharging. The footwear is also implanted with a special mines detector. The suit can work in extreme temperatures of 50°C to -50°C. 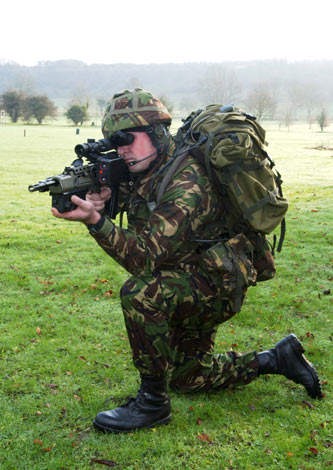 3.) FIST(Future integrated soldier interface) battle suit. This is a British soldier uniform that has emphasis on its electronics rather than the exoskeleton. It features map systems, target locators, effective range finders and electronic optical converters. The suit uses multiple electric modules that uses new generation batteries. 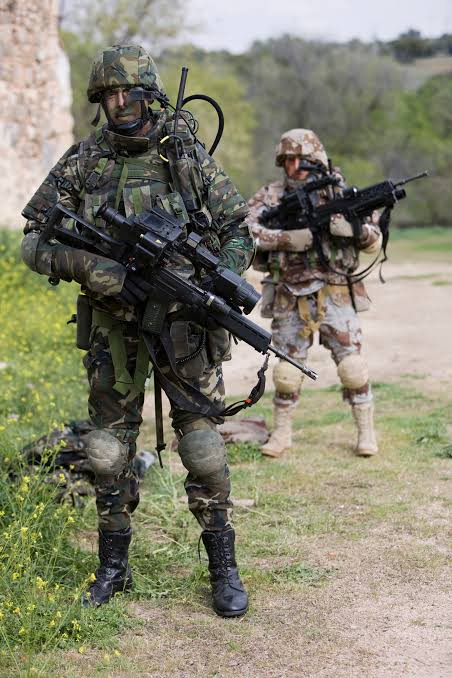 4.) ComFut. This is a special Spanish military suit. This suit has a special sight enhancement that helps the soldier to no longer hold the weapon near his face. It has a remote monitor sight that is attached to the rifle which allows faster action in unforeseen situations and increases maneuverability. It enables the soldier to shoot from around corners with the weapon only disclosed while the soldier remains hidden. This ComFut armor also has a special focus on elbow and knee protection as well as enhanced flexible bullet proof vest. It also has a sweat output system. 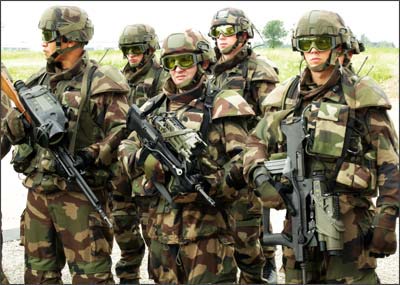 5.) Felin. This is a special French soldier armored suit. This suit uses textiles instead of nanotechnology making its fabric refractory, water resistant , breathable and can also disguise the soldier in an infrared spectrum. This suit also has a special helmet equipped with means of communication and an electronic communication display system. It also has a special mask that protects the soldier in case of gas or poison spray. 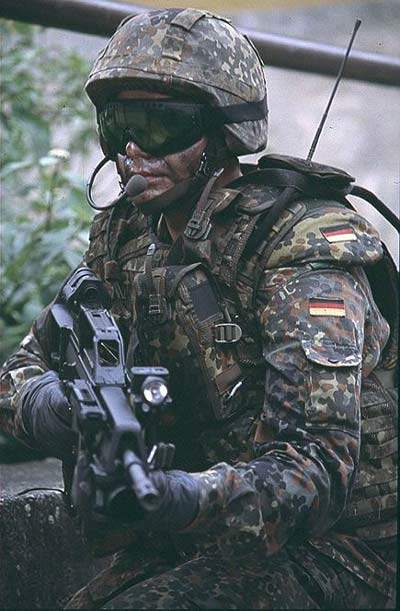 6.) IDZ-ES. This is a German multipurpose war suit. This suit has high technology navigation tools. The suit is fitted with a minicomputer which combines navigation and commanding. This allows the soldier in the battlefield to simultaneously on display see the location of the friendly forces, the dislocation of his partners and the commands of his chief. He can also see himself on an interactive map allowing coordination much more effectively. The armored suit has several profiling systems which protects the soldier from firearm, impacts from blunt objects and explosives. 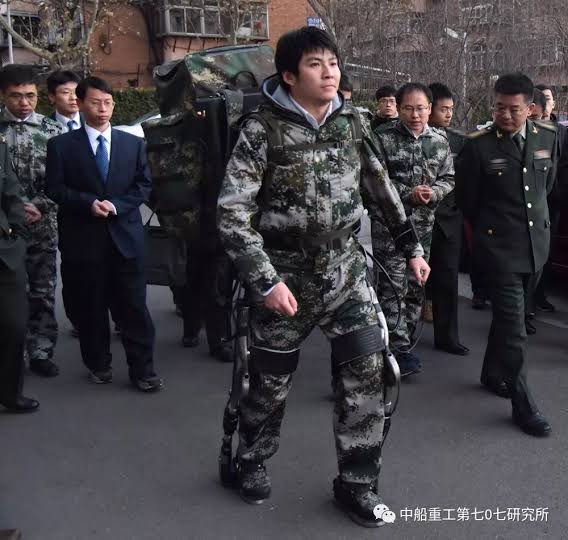 7.) Chinese contour exoskeleton. This is the second outer exoskeleton that is worn over the ordinary soldiers uniform and is attached to the knees ,back and arms. The device reads the movements of the soldier and support them with the effectiveness of ratio 5:1, which means a soldier becomes five times stronger. A soldier can lift weights of up to 45 kg and carry it for long distances without any visible efforts. 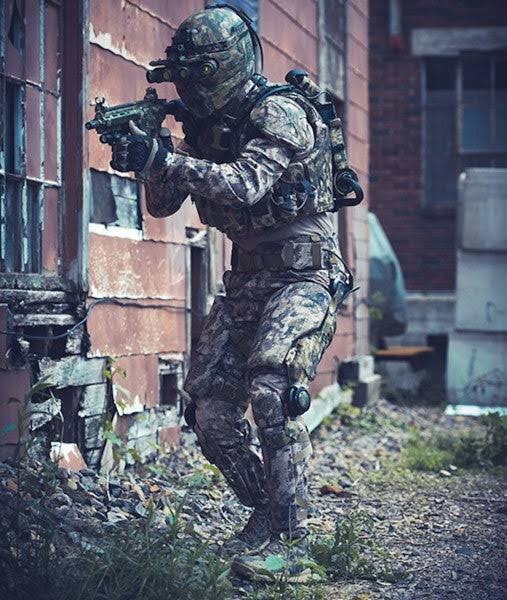 8.) Talos. This American suit has about 800 parts of which 26 are powerful armored plates. The suit is also an exoskeleton and is made of a light weight material of a metal composite alloy. Its durability allows the soldier to endure strikes of fragments and even direct shots from powerful automatic military weapons. However, in case of an injury, the suit has special inbuilt air cushion which receives information on an injury and automatically fills with air pressing against the body stopping excessive bleeding. The suit also has a thermal regulation system.

How Israel's Iron Dome That Protects Them From Missiles Works