By KDF.POLICE.SERVICE.UPDATES (self media writer) | 1 year ago 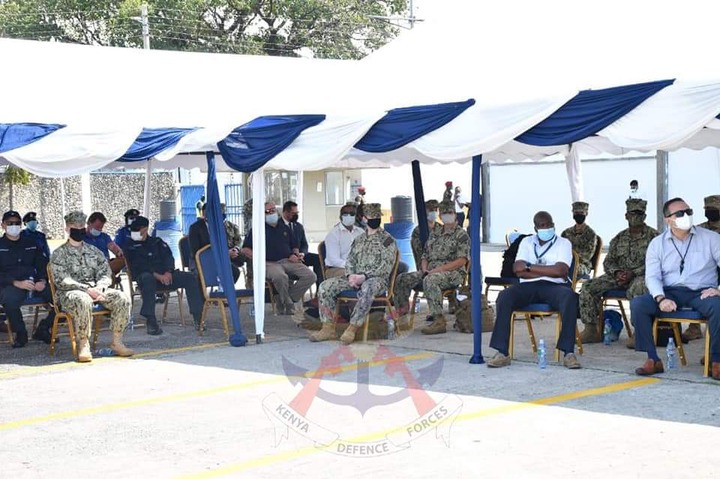 It is aimed at promoting national and regional maritime security in East Africa and West Indian Ocean region which is a true reflection of the continued cooperation, working together and fostering the military bond.

This year’s Cutlass Express 2021 (CE21) training will incorporate Visit, Board, Search and Seizure (VBSS) procedures, best practices and interoperability with partner nations while improving regional cooperation, maritime domain awareness, responsiveness of maritime assets and adherence to the rule of law and counter proliferation.

The VBSS exercise shall be hosted in Kenya, Mauritius, Seychelles, Comoros, Tanzania, Madagascar and Djibouti. The training focus of the Kenyan VBSS chapter will be on illegal drugs, illegal fishing, trafficking of wildlife and human trafficking. 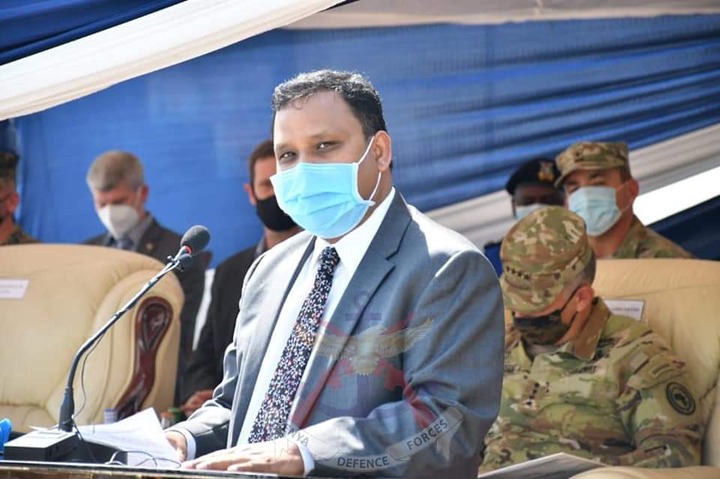 Both the Kenya Navy (KN) and Kenya Coast Guard Services (KCGS) have produced participating troops and vessels as hosts of the visiting nations. Diving training will be conducted in Djibouti where KN has been offered eight slots for divers to participate.

The exercise begins with an in-port training period followed by at-sea scenarios and concludes with a senior leadership symposium.

In his opening remarks, General Stephen Townsend pointed out persistent challenges that continue to threaten maritime security in the region.

If we do not work together we cannot disrupt these groups but when we share our knowledge and coordinate our efforts, criminal and violent actors will soon find they have nowhere to turn,” said General Stephen Townsend.

He also thanked the government of Kenya, the leadership of KN and the KCGS for hosting the important international exercise as its success depended on the hospitality of the host.

In his speech during the occasion, the Commander Kenya Navy Base Mtongwe Brigadier Thomas Ng’ang’a, highlighted the importance of training to form the foundation of any security or defense force and emphasized that it should be embraced with enthusiasm and professional focus. 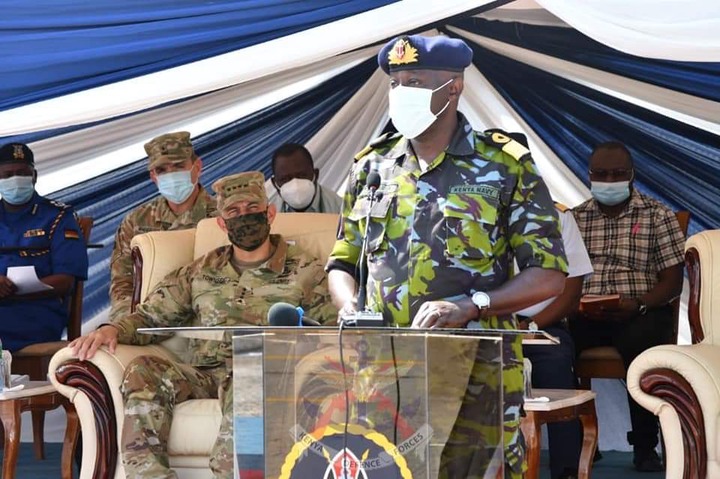 “The Western Indian Ocean has been rife with many maritime challenges for a prolonged period of time due to the porous vast sea area.

However, through cooperation, sharing of information and combined training among the local bilateral and multi-lateral cooperation there has been tremendous improvement in maritime security,’’ said the Base Commander.

He also thanked the US government for sponsoring the exercise and committing resources to ensure the success of the exercise as he called upon the participants to have situational awareness at all times and observe safety and security during the exercise.

High Commissioner to India, H.E Ashish Sinha who also graced the occasion emphasized on the importance of stability and security in the high seas as a pre-condition to tap the vast potential of the blue economy.

“This exercise brings partners together to share best practices with each other strengthening the common resolve to enhance maritime domain awareness and to counter the scourge of maritime crime,” added the High Commissioner.

The event brought local, regional and international military allied framework whose interaction will offer an opportunity to share operational experience as well as cultural diversity.