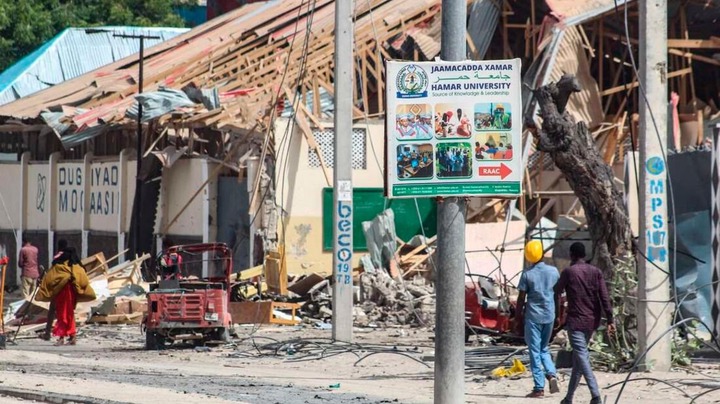 "Eight civilians were killed and 17 others wounded in the blast," Abdifatah Adan, a spokesman for Somalia's police, said in a brief statement, without divulging much details.

Today's attack is the latest one, which Alshabaab has since claimed responsibility. Security official Mohamed Abdillahi stated that the blast was occasioned by a bomb inside a car, although the motive remains unclear.

The bombing reportedly caused huge damage to the nearby school and the vehicles parked nearby. Al-Shabaab, regularly undertake attacks in the capital and across the country, with the most recently targeting a prominent Somali journalist who was killed in a bombing on Saturday.

Abdiaziz Mohamud Guled the director of government-owned Radio Mogadishu, was a fierce critic of the Islamists and a major target for the attackers. The terror group has been launching attacks across Somalia since 2007.

Al-Shabaab remained dominant until 2011 when it was subdued by Amisom troops, but it still holds territory in the countryside and launches frequent attacks against government and civilian targets in Mogadishu and elsewhere.