By Junejune (self media writer) | 2 months ago 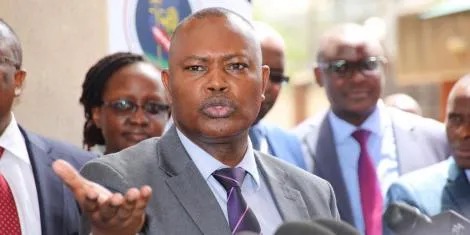 The nation's criminal investigation division has been led by outgoing Director of Criminal Investigations George Kinoti, who has been praised for his transformational leadership.

Mr. Kinoti listed his election to the leadership of the International Police (Interpol)-Africa as one of his major accomplishments, as well as the invitation of investigators from criminal cases to educate colleagues in Rwanda.

In the meantime until a substantive Director is chosen, Massa Hamisi took over as acting director of the criminal investigations from Mr. Kinoti on Friday.

In his goodbye message, he said that his administration's efforts to give the Directorate a human face and professionalize it into a top-notch investigative organization had yielded the intended outcomes. 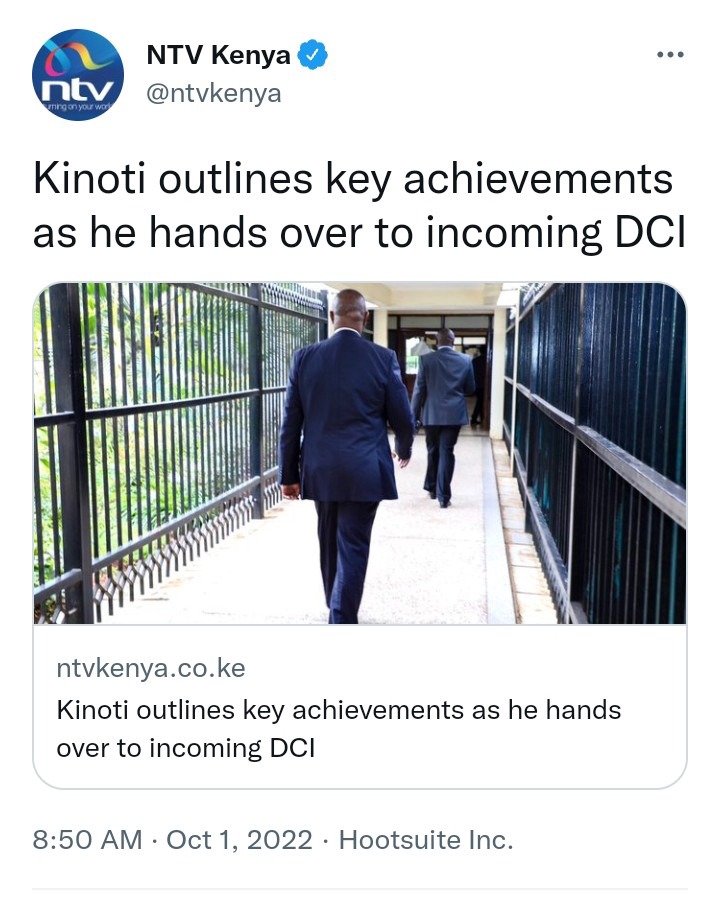 In addition, he noted that fewer examples of terrorist-related incidents have occurred since his administration established a collaborative taskforce against terrorism in the wake of the DusitD2 attack.

He claimed, "Today, DCI boasts of one of the best tactical counterterrorism groups across all the security agencies of our country and in the region.

Additionally, Kinoti noted his involvement in strengthening Kenya's ties with the international world.

He talked of working together with the High Commission of the United Kingdom to build and outfit the massive ATPU headquarters near the coast.

He said: "The ultra-modern building, the first of its kind in the National Police Service, provides space for detectives to concentrate on terrorism cases, conduct efficient investigations, and create deeper ties with the local population that is most affected by terrorism.

The DCI officers, he continued, had also benefited from a GIZ program run by the German consulate, which had educated 1,000 local investigators in several forensic investigative specialties, including crime scene investigations.

Since 2018, Kinoti has served as the organization's chief executive. The eleventh DCI, he.

On Tuesday, September 27, President Ruto declared that George Kinoti, the head of the DCI, had submitted his resignation and that he had accepted it.

"I have received the resignation of the Director General of CID, Mr. Kinoti, and I have forwarded that to the National Police Service to proceed with advertising that post and in the meanwhile they should get somebody to act in Mr. Kinoti's stead," he added.