Residents of Kitui have called upon the director of criminal investigations to fulfill their promise of giving ksh. 60 million to any citizen who provided info on the whereabouts of the terror suspects who fled from Kamiti maximum prison. 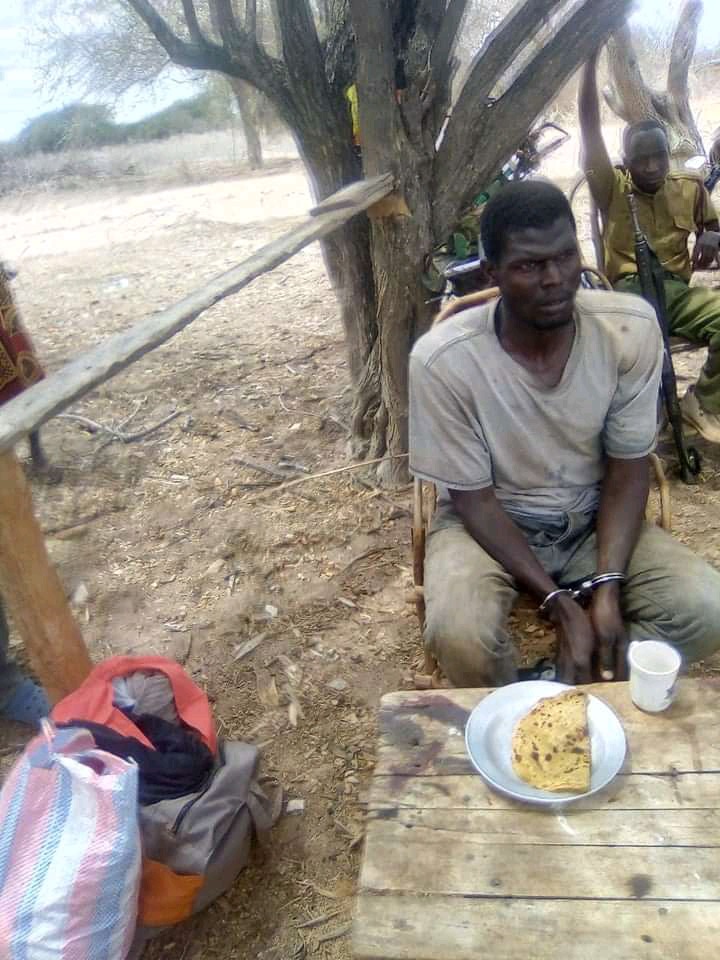 In an incident that happened a few days ago, it has been revealed that the suspects allegedly succeeded in fleeing from Kamiti prison in unclear circumstances. Their successful mission received a number of reactions from several politicians along with kenyans who took to their different social media accounts to express their opinions and suggestions on the matter.

While reacting to this incident, kenyans have called upon the director of criminal investigations to give residents who tipped them off about the whereabouts of the suspects ksh. 60 million days after the DCIs placed a 60 million bounty on the heads of the suspects who have been arrested.

According to the reports given by most Kenyans along with several residents from Kitui, they claimed that this would be the right thing to do due to the fact that the police might have never found the suspects wee it not for the residents who decided to alert them. 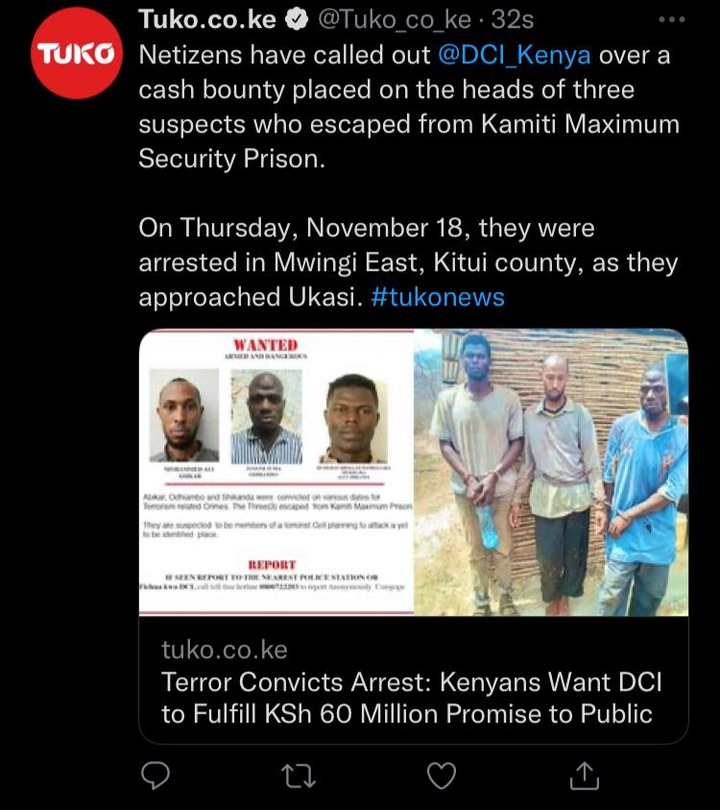