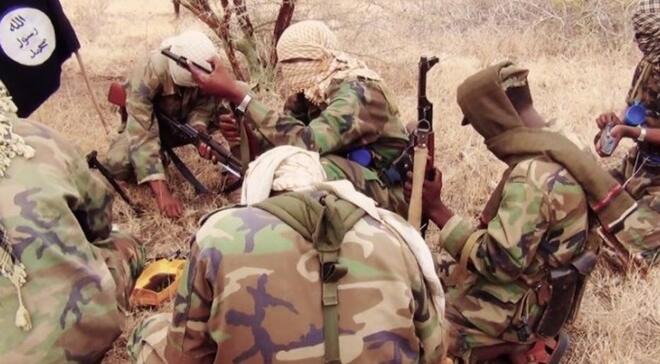 Just a day after the Kenya Defence Forces (KDF) soldiers killed at least 10 newly deployed militants who were planning an attack on Kenyan soil, another group of 40 terrorists has been killed by army commandos.

On Friday KDF soldiers neutralized 10 militants believed to be a logistic group who was on a mission to transport weapons to Lamu ahead of an attack.

On Saturday, at least 40 more militants were gunned down by military commandos during a well-calculated special offensive operation. 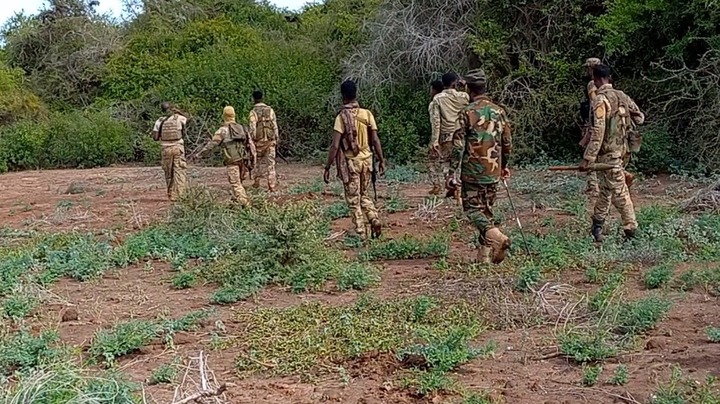 Media reports from the Horn of Africa said the offensive operation was carried out by Somali National Army who stormed Al-Shabab's hideout near Ali Fool-Dhere village in the Middle Shabelle region and rained bullets on them.

More so, the military also destroyed the militants' hideouts and bases.

Weapons and 'mulika-mwizi' type of phones were also recovered during the operation. 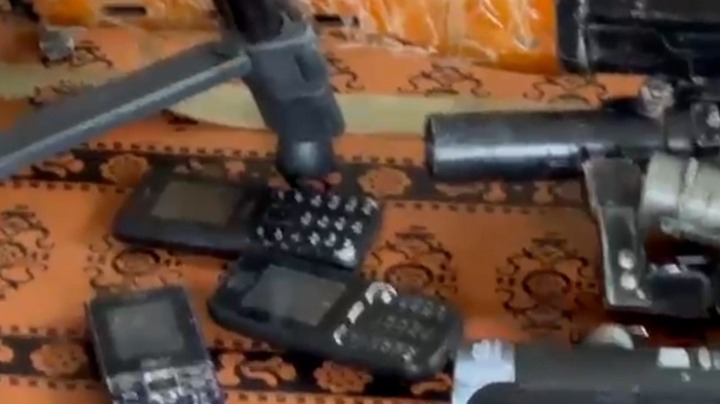 "Somali National Army killed 40 #Alshabab terrorists and destroyed their bases in a special security operation near Ali Fool-Dhere village in the Middle Shabelle region, on Saturday, #SNA commanders on the ground told State Media," read an update from state media.

The two attacks bring the number of terrorists killed to 50 in just two days, a clear sign the military is winning big 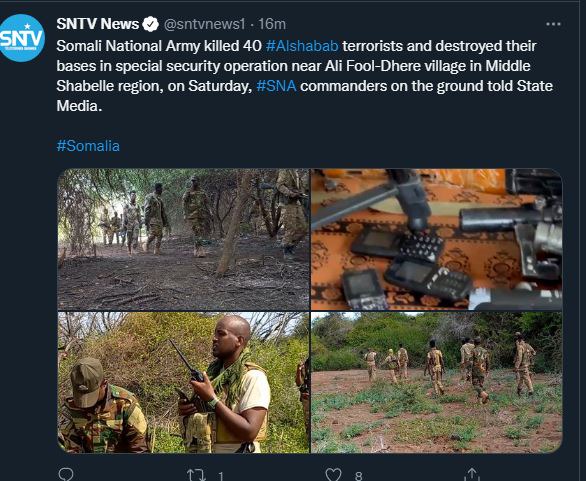