Fears of War as Violence Escalates Between Israel and Gaza, An Emergency Has Been Declared

By Lattif (self media writer) | 1 year ago 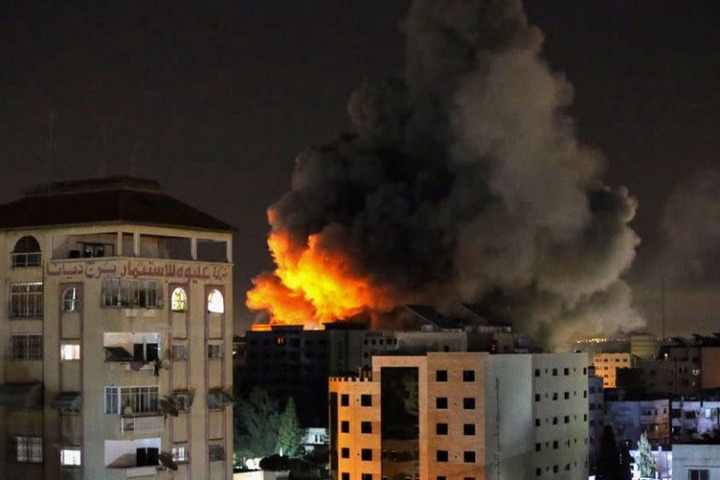 According to Israel, Palestinian militants have fired over 1,000 rockets in the last 38 hours, the majority of which have hit Tel Aviv.

Since Monday, at least 53 Palestinians and six Israelis have been killed.

This number includes 14 Palestinian children who have been caught up in the conflict.

An Israeli citizen was killed when an anti-tank guided missile fired from the northern Gaza Strip collided with a border jeep. Three more people were hurt.

A 52-year-old father and his 16-year-old daughter were also killed in the Israeli city of Lod, near Tel Aviv, when a rocket struck their car.

An Israeli air strike in Gaza killed five members of one family. The streets are littered with rubble from buildings that have collapsed and cars that have been crushed or burned.

Israel claims to have carried out operations in Gaza to assassinate senior Hamas officials.

In a number of Israeli towns, Arabs have staged violent protests. Lod, near Tel Aviv, has declared a state of emergency.

Prime Minister Benjamin Netanyahu stated that the government would use all of its resources to protect Israel from both external enemies and internal rioters.

Rockets were seen streaking through the night sky, some exploding after being hit by Israeli interceptor missiles.

As Palestinian militants attempted to overwhelm missile defenses, loud booms and air-raid sirens could be heard across targeted cities such as Tel Aviv, Ashkelon, Modiin, and Beersheba.

The Jerusalem Post's defence and security correspondent, Anna Ahronheim, told the BBC: "To hear hundreds of interceptions and even rockets fall near us was horrifying."

After the collapse of two residential tower blocks in Gaza, the rocket fire erupted. Israel claimed it was targeting rocket launch sites, high-rise buildings, homes, and offices belonging to Hamas, the militant group that rules Gaza.

Hamas was enraged by the "enemy's targeting of residential towers."

Residents had been warned to evacuate the buildings before the fighter jets attacked, but health officials said civilians were still killed.

An emergency has been declared.

Protests by Israeli Arabs in Lod devolved into full-fledged rioting, with protesters throwing stones at police, who used stun grenades to disperse them.

On Tuesday night, Prime Minister Benjamin Netanyahu declared a state of emergency in the city in response to the violence. According to the Times of Israel, this was the first time the government used emergency powers against an Arab community since 1966.

Mr Netanyahu, who went to the city to call for calm, warned that if a curfew was imposed, extra security forces would be sent there as well as to Acre.

“The riots we witnessed tonight are an unfathomable reality. It reminds us of sights from our people's past, and we cannot accept it – at least not in our country,” he said.

Content created and supplied by: Lattif (via Opera News )

Things That Will Make Someone Who Liked You Loose Interest

How To Make a Man Respect You