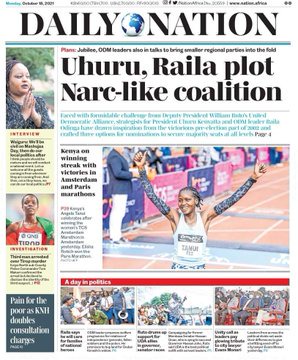 Battle for Hosingow: KDF soldiers in Somalia recount key battle since the ‘Linda Nchi’ operation began Battle with Al Shabaab who attacked a KDF camp lasted for over 11 hours KDF says the battle for Hosingow opened the way for the capture of Kisimayu Port. 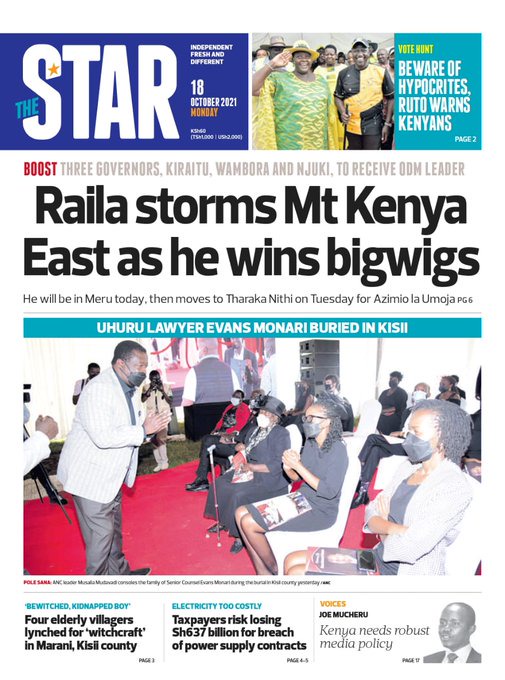 Vaccination targets headache: Government set to miss its target of vaccinating 5.8 m people by Wednesday Out of the 4.5 million vaccinated people only 1.2m people are fully vaccinated Marsabit leading among counties with least vaccinated populations 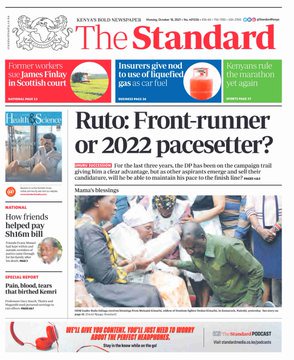 Robbing the hungry: Special programs PS says relief food is being stolen and sold in the market PS Nelson Marwa says half of the released food has reached its beneficiaries Marsabit, Turkana and Garissa among high risk counties hit by drought 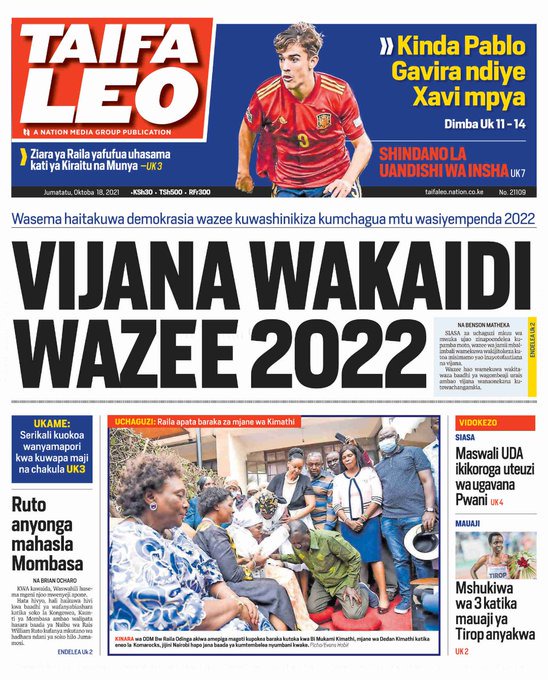 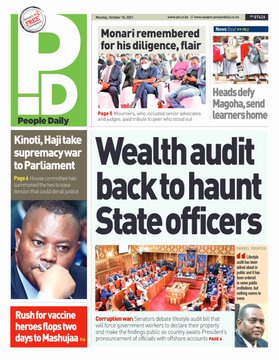 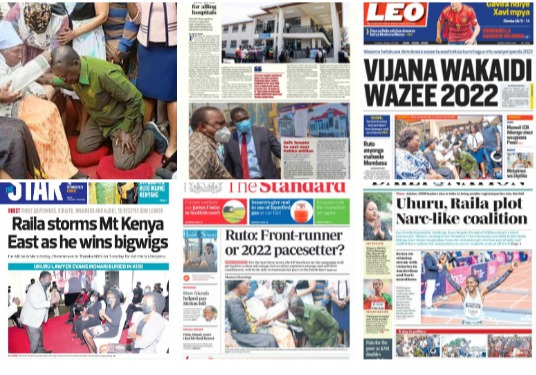