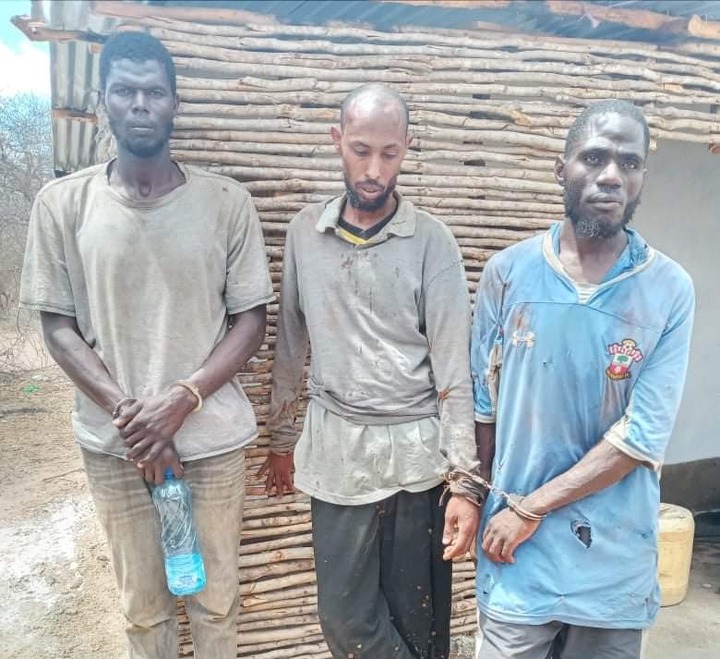 The three terrorism suspects who had escaped from Kamiti Maximum Prison have been presented to Kahawa law courts on Monday morning.

They pleaded guilty of having planned and escaped from the maximum prison but denied that they had committed a terrorist crime through their escape. 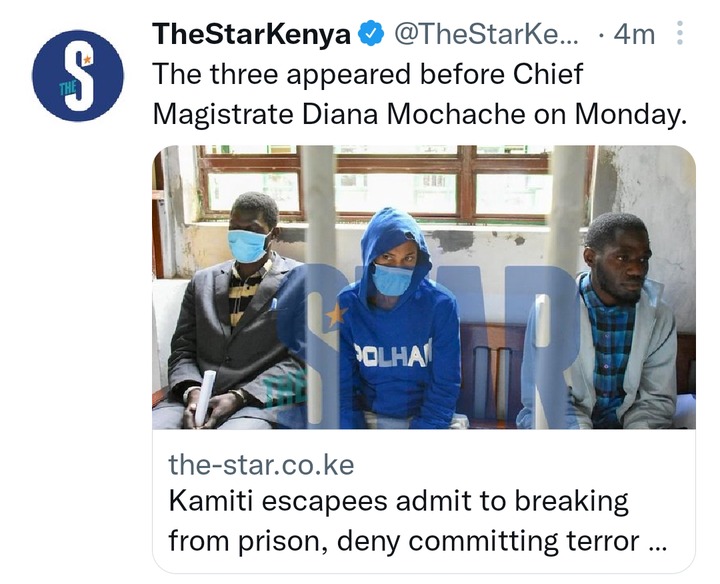 They were also in the company of a fourth prisoner who is also being accused of having helped his friends escape the prison against the law.

The fourth accused, Abdulmajid Yassin was charged with aiding the escape of the other three prisoners from Kamiti Maximum Prison which is a crime in itself.

According to detectives who are investigating the case, the three escapees – Musharraf Abdalla, Joseph Juma Odhiambo and Mohammed Ali Abikar – who have since been arrested, had attempted to establish contact with their colleagues in the terror network but were initially unable.

All three have been charged with terrorism-related offences and one, Abikar, was serving 41 for involvement in an attack that left 148 people dead.

The escape of the convicts led to the sacking of top prisons boss Wycliffe Ogallo who was also arrested along with the head of Kamiti Maximum Security Prison and his deputy.