By DenisMucui (self media writer) | 7 months ago 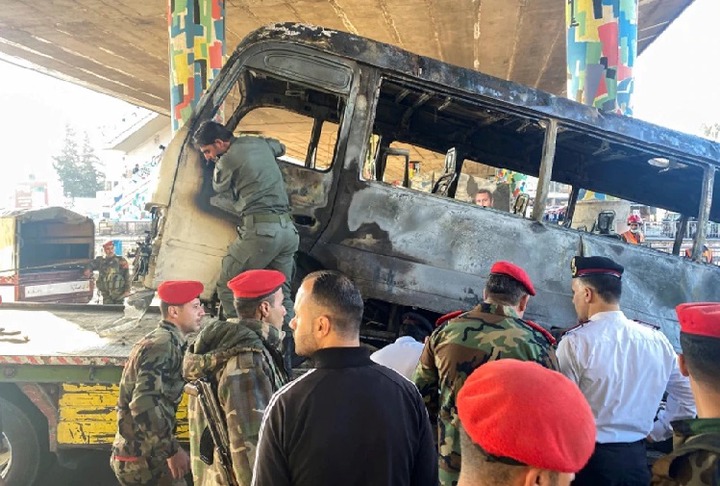 Damascus On Monday, 13 officers were killed and two others harmed in an attack on a tactical transport in northern Syria. The Syrian state media gave this information in its reports. According to state TV, the attack was completed in Raqqa territory, which was held by the fanatic group 'Islamic State'. The report didn't say whether the transport was trapped by automatic rifle fire or was the victim of a rocket or throughway bombardment. No one has yet asserted responsibility for the attack, but there have been signs that assailants could likewise be behind the attack.

IS assailants have carried out various such attacks, in which many people have lost their lives or been harmed. The assailants pronounced a supposed "caliphate" in 2014 in a third of Iraq and Syria, and the town of Raqqa was their true capital. They had been crushed in 2019, but IS' sleeper cells are in any case enthusiastic and wrapping up deadly attacks. Syrian officials have generally faulted the Islamic State for such attacks. Psychological oppressors' sleeper cells are enthusiastic in Japan and northern and central Syria.

The link to the video is below.

Content created and supplied by: DenisMucui (via Opera News )