How soviet union tried to join NATO, see what happened

In June 2001, Russian President Vladimir Putin made a declassified document public. The disclosures would make many Cold War historians tremble. The message, dated 1954, was written by Soviet leaders to the North Atlantic Treaty Organization' s leaders (NATO). This wasn' t just any letter; it was one of a kind.

The USSR had sent a clear letter of intent to commence NATO membership talks. The USSR wanted to join NATO, as bizarre as that may sound now. Their suggestion was serious. During his early years in power, Putin attempted to join NATO, but his offer was more casual than the Soviet Union' s.

The Soviet Union' s decision to join NATO was well- thought- out, and NATO members were caught off surprise. But why would anyone join an alliance formed to keep the Soviet Union at bay? To find the answer, we must go back to the days of NATO' s formation after WWII, as well as the power change within the USSR.

The origin of NATO

The official copy of the North Atlantic Treaty signed in Washington, D. C. on April 4, 1949. Wikimedia Commons is the source of this image. So, why should we study about NATO' s past? The goal of NATO, as we all know, was to keep the Soviet Union at bay.

The early days of NATO, as well as its charter, reveal why the USSR requested for membership. Prior to the founding of NATO, France and the United Kingdom agreed in March 1947 to assist each other if the Soviet Union or Germany attacked them. 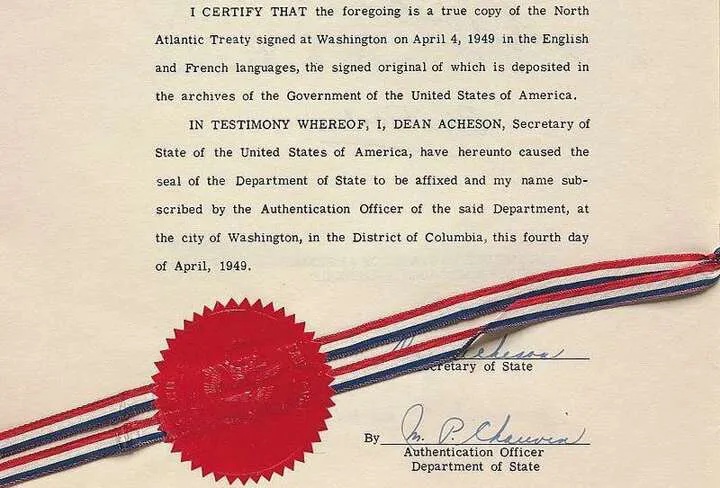 Later, at Brussels in 1948, Britain and France signed a cooperation treaty that encompassed the Netherlands, Belgium, and Luxembourg. The Brussels Treaty Organization, or BTO, is how historians refer to this new alliance.

The BTO countries believed they lacked the military might to counter a challenge from Germany or the Soviet Union. As a result, they invited the United States, as well as Canada, Portugal, Italy, Norway, Denmark, and Iceland, to join.

The North Atlantic Treaty was signed in Washington, D. C. on April 4, 1949, by the BTO nations and the new invitees. The treaty was described as a defense collaboration under the NATO charter. If any NATO member is in danger, the signatories promised to assist one another.

The NATO charter makes no mention of the USSR' s inability to join. It was a well- kept secret that no Soviets would be allowed. After fighting alongside the Allies throughout WWII, the Soviet Union began to have doubts about its former allies' intentions. The USSR, which possessed the world' s largest army and second- largest economy, didn' t trouble NATO much because it wasn' t much of an active organization.

The demilitarization of Germany was the Soviet Union' s main concern. The USSR was at rest as long as Germany was not a member of any military alliance. Josef Stalin sought to keep Germany neutral or under Soviet control after World War II. By rigging elections, such as in Hungary in 1947, he began consolidating Communist authority in Eastern European countries. 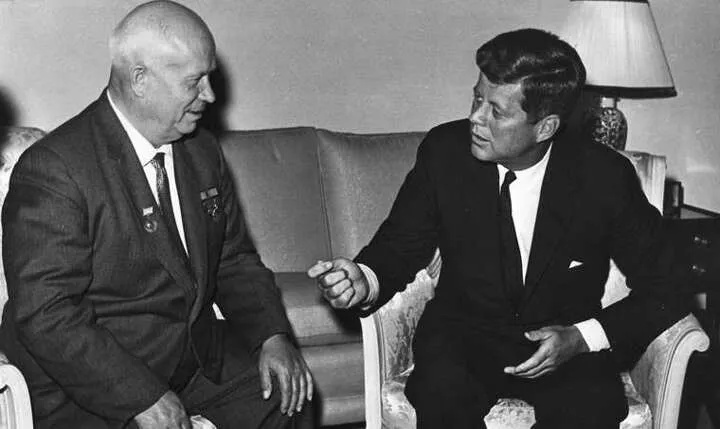 The Soviet Union wanted as many seats in the United Nations as possible to ensure that Western countries did not have an unfair voting edge. After forming a powerful coalition with Eastern European puppet regimes known as the Eastern Bloc and gaining major UN influence, the USSR was putting the West to the test.

What was going through the Soviet Union' s thinking when it asked for NATO membership?

Stalin died of a cerebral hemorrhage on March 5, 1953. Because Stalin did not nominate a successor or create a succession plan, his death marked a watershed moment in Soviet history. 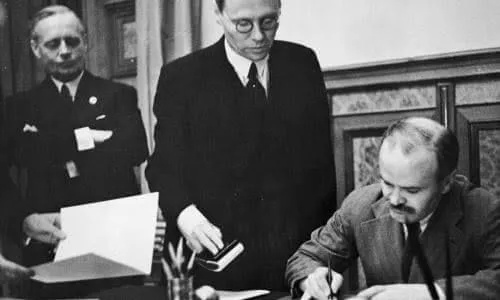 Among the favorites to succeed Stalin as General Secretary of the Communist Party of the Soviet Union, the de facto dictator, were Georgy Malenkov, Lavrentiy Beria, and Vyacheslav Molotov. Everyone assumed that Malenkov and Beria were the frontrunners to succeed Stalin, with Nikita Khruschev, an outsider, being the least likely candidate.

Following Stalin' s death, a ten- member Presidium was formed, commanded by Malenkov, Beria, and Molotov. In December 1953, Beria was apprehended and executed. For a brief period, Malenkov was in command of the Presidium. Khrushchev was eventually chosen as Stalin' s genuine successor by military and party officials.

Khrushchev took over the presidency from Malenkov and initiated a series of reforms. He wished for greater transparency in administration and an end to wars with the West. Stalin' s polar opposite, Khrushchev, even criticized Stalin' s atrocities. Khrushchev advocated a " de- Stalinization" campaign in the Soviet Union, which included amnesty for political opponents.

Molotov was in charge of international affairs at the time, and he suggested to the Soviet Presidium in March 1954 that the USSR join NATO. The plan was approved by the committee. 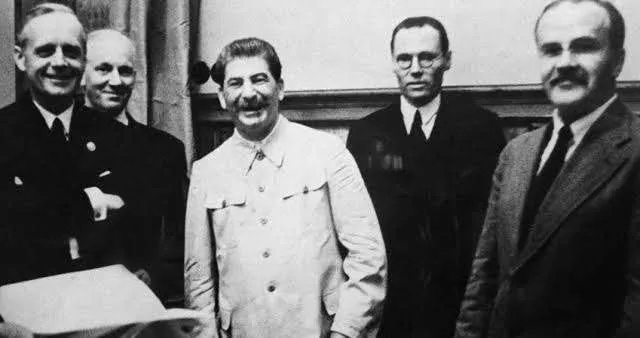 Why would the USSR join forces with countries that saw it as a threat?

The solution was straightforward. The application to join NATO was a win- win situation for the Soviet Union. We' ll figure out why.

In addition to the European NATO members, Molotov envisioned a pan- European military committee that included the Soviet Union and an armed Germany. However, there was a snag. Under the revised treaty, the Soviet proposal reduced the United States to the role of an observer rather than an active member.

NATO, of course, turned down the offer.

Molotov, on the other hand, was not about to quit up. He persuaded Khrushchev and Malenkov that any deal worth doing had to include the United States. Molotov agreed to US involvement in his revised proposal, but NATO was not to enlarge its operations and become a pan- European alliance of states.

If the Soviet Union joined NATO, it would have a strong military alliance that would assist it if one of its members was attacked. As a result, the US and Europe would never attack the Soviet Union. However, Molotov was well aware that the proposal' s chances of being accepted by NATO leaders were small. 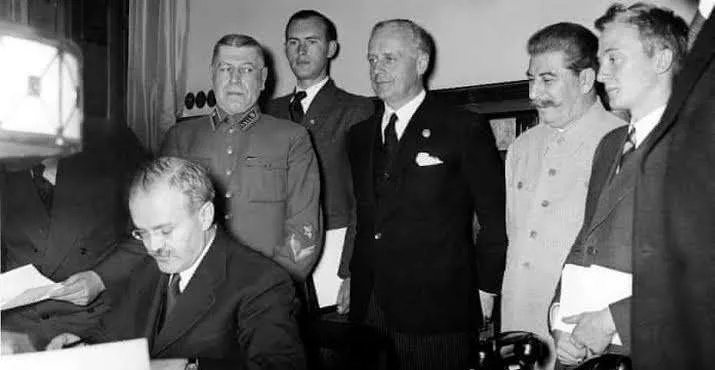 The application was turned down by NATO because the Soviet Union lacked a democratic environment with free and fair elections. On May 6, 1955, Germany was admitted to NATO. The Warsaw Pact was founded eight days later by the Soviet Union. Wikimed is the source of this image.

To add to the intrigue, on May 6, 1955, NATO welcomed Germany, providing reason to the USSR, which had already began planning a military alliance.

To counter NATO' s danger, the Soviet Union founded the Warsaw Pact on May 14, 1955, a military and economic collaboration with Albania, East Germany, Bulgaria, Hungary, Poland, Romania, and Czechoslovakia. 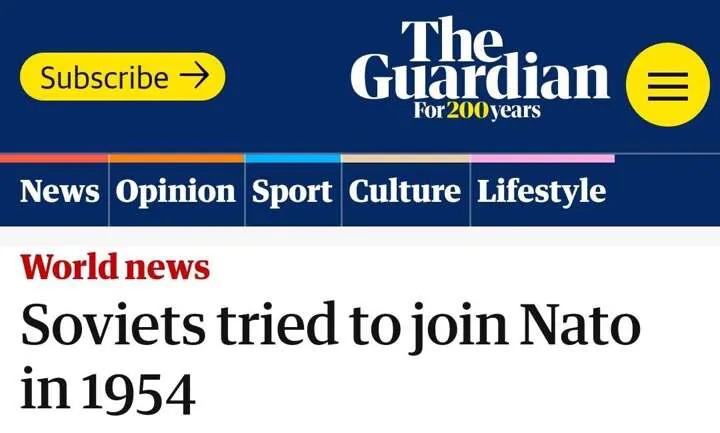