By Kirinyaganews (self media writer) | 1 month ago 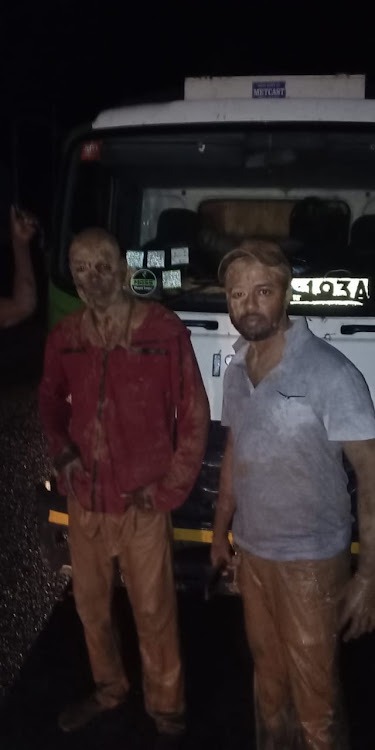 Cargo transporters in Lamu have accused Kenya Defence Forces, soldiers of human rights violations after they were allegedly forced to swim in muddy water and sewage. This has been happening for some time without any action.

However, the treatment was allegedly meted out last weekend on the drivers and conductors in Nyongoro Corner, a few kilometres from the Gamba roadblock.

Nevertheless, the military has disputed the accusations, saying its soldiers are not involved in any operations in the area.

Speaking to Nation. Africa, the victims, whose vehicles were ferrying goods from Mombasa to Witu and Lamu towns, said they were tortured for more than 30 minutes before they were ordered to go back to where they came from.

Lamu County Assembly driver Abdulrazak Abdulrahman was among the drivers stopped at Nyongoro Corner at 4.30 am. He was headed for Lamu from Mombasa, where he had dropped off MCAs for an official event.

"There were different cargo vehicles, including lorries and trucks. We had been allowed to pass at the Minjila and Gamba roadblocks now that the night travel ban for cargo vehicles was lifted recently. But on reaching Nyongoro Corner, we were ordered to alight from our vehicles," said Mr Abdulrahman. 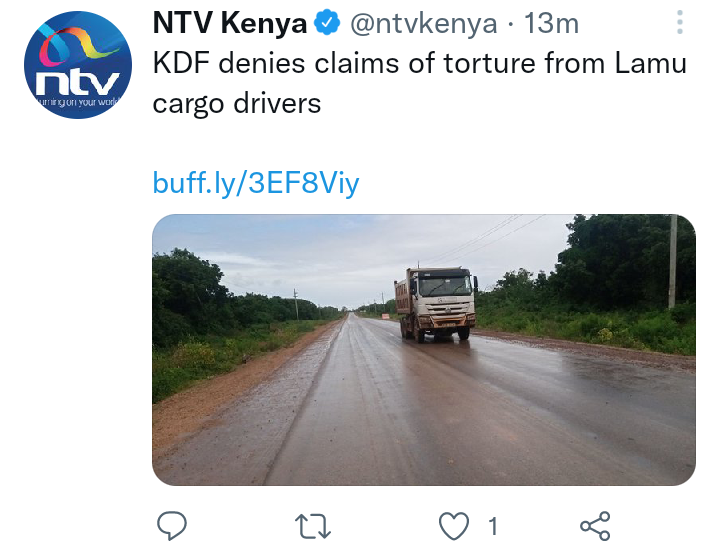 Content created and supplied by: Kirinyaganews (via Opera News )