By CoTech (self media writer) | 1 year ago 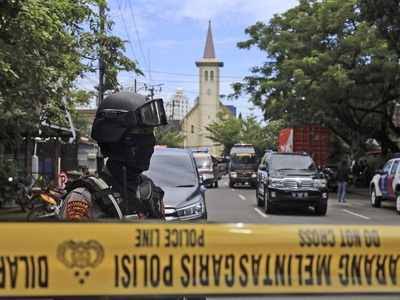 Police restricting civillians from going into the explosion zone.

A few hours ago, a cathedral in Indonesia has been faced with a series of attacks by individuals carrying suicide bombs. The Sacred Heart of Jesus Cathedral located in the city of Makassar has today at around 10.20 am been attacked by two suicide bombers. The attacks occured minutes after worshippers attended the Palm Sunday service. 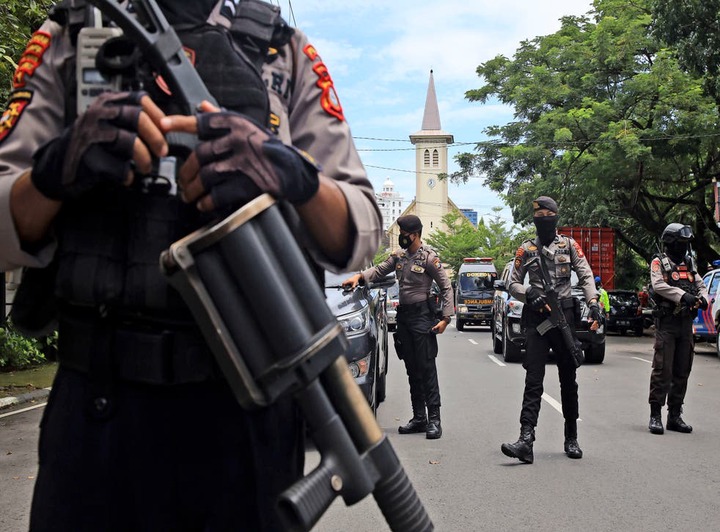 According to the Father incharge of the cathedral, two suspicious looking men came into the compound as worshippers were coming out of the cathedral. The two individuals,who were carrying bagpacks, parked their motorcycle into the compound and as soon as they saw the crowd of worshippers, detonated the suicide bombs. In a police statement made by General Raden Argo,the Indonesian police spokesperson, he said that no one except the two bombers had been killed with only 14 people escaping with minor injuries. Property of unkown worth was destroyed during and after the bombing. 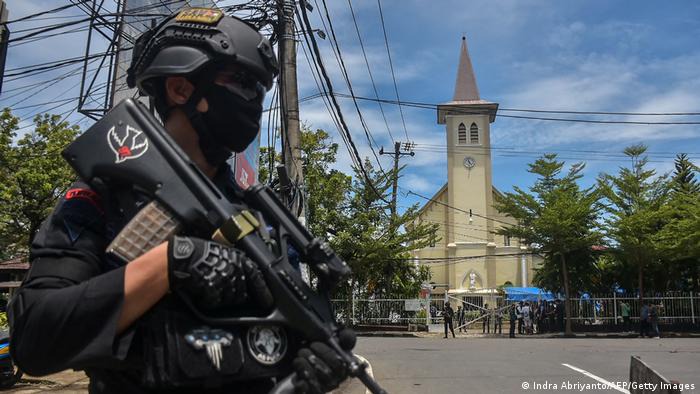 In 2018, three churches were bombed in Indonesia. In the first bombing, innocent bystanders were killed and the second and third bombings left dozen of worshippers dead. The attacks have been analysed and seen as religious attacks on the christian minorities. Most Indonesians are Muslim with the minority few being Christians. The Indonesian governmebt has called for peacevand calm and asked its citizens to embrace one another .

Content created and supplied by: CoTech (via Opera News )

43 Heartwarming Photos Of Homecoming Soldiers Months and Years After Deployment

Why If Your Faith Is Only The Size Of A Mustard Seed, It’s Sufficient And You don’t need huge faith