By Sonofbatman (self media writer) | 1 year ago

Recovery of firearms across the country have been on the rise and it's unclear how so many weapons are finding their way into the hands of Kenyans who might not be law abiding. 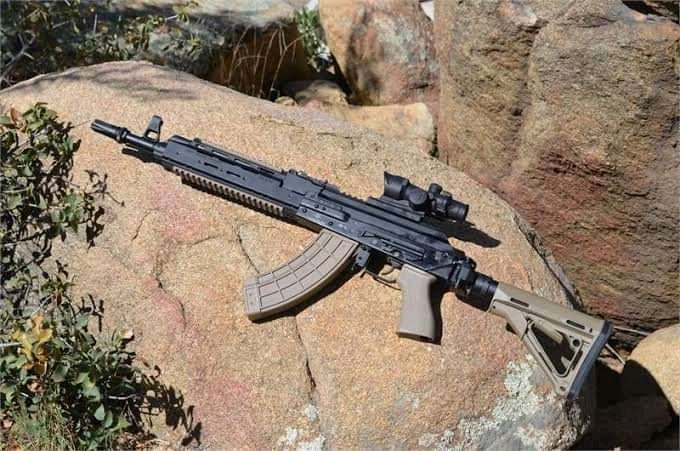 A few days ago, four Kisii University Students with two other high school students were found holed up in a bar in Kegati, Kisii County with a Ceska Pistol that detectives are yet to figure out where they got it from.

This morning, detectives from Kitale in the county of Trans Nzoia have recovered a sophisticated AK-47 Assault Rifle that was hidden.

It's still unclear as to who the sophisticated weapon belongs to or what it's purpose was where it was found carefully concealed.

The AK-47 rifle is one that is used in combat missions and is capable of discharging several rounds of ammunition at the touch of the trigger.

The weapon is said to have been fully loaded with several rounds of ammunition still in it and this is what has been the puzzle.

The gun was recovered from Kitale Club Forest by detectives based in Kitale who gave begun investigations into the rifle as it has been handed over to the forensics department for fingerprints.