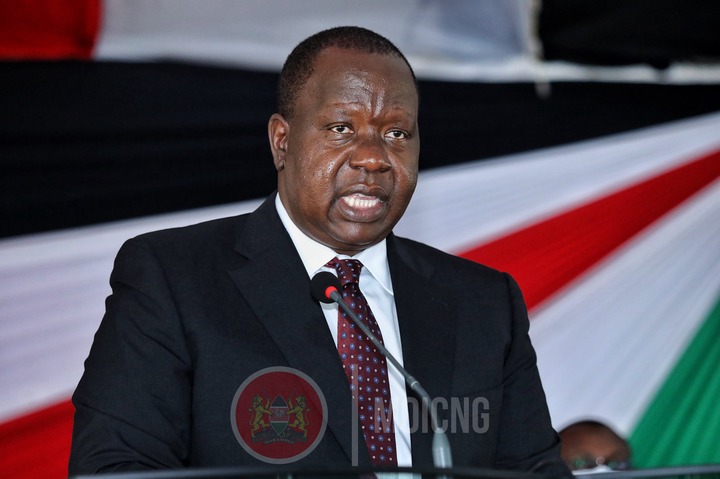 Interior Cabinet Secretary Dr. Fred Matiang'i is on the receiving end gollowing blames by leaders and residents in the Marsabit region over failed security in the troubled region.

Addressing mourners at the burial of three victims of the banditry attacks in the region on Saturday, April 30, the leaders urged for a stern action by the government and not just fake promises.

They put CS Matiang'i on the spot over his promise a week before the attack, whereby he had assured locals that the government would apply the full force of the law to restore sanity in the region.

"Our government is capable of fighting Al Shabaab and it has done so in neighbouring countries. There is no way that a militia located within its territory can overcome it...,

"CS Matiang'i stop making threatening statements in Nairobi saying he will send the military in Marsabit and nothing is happening," stated angry leaders.

Days after a bandit attack a week ago that left two local administrators dead, CS Matiang'i had vowed to tame the situation by beefing up the security within the region.

He further accused the political class in Marsabit for driving divisive politics in a bid to settle scores, causing bloodshed. The CS likened the conflict in the region to the 1994 genocide in Rwanda between the Hutu and Tutsi that saw at least one million people dead and millions displaced.

In a response statement by police Spokesperson Bruno Shioso, the authorities castigated the attack by bandits that claimed lives for five people among them a Chief and his assistant.

Murder In Kirinyaga: Caretaker of an unfinished building found dead